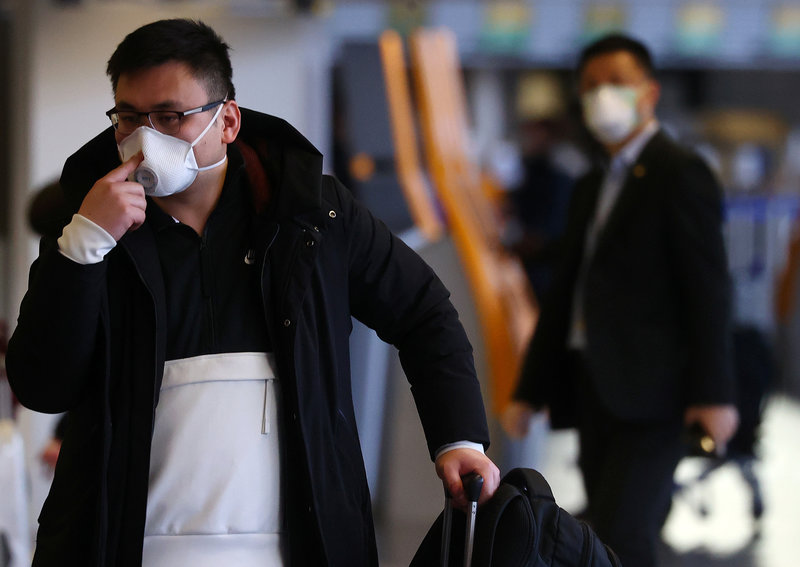 As the coronavirus continuously spreads throughout the world, Enstarz listed the top five best movies you can rewatch at home while feeding your brain with information about virus outbreaks.

The novel coronavirus or SARS-CoV-2 is believed to have started in a wet market in Wuhan, Hubei province. The World Health Organization already declared it as a pandemic -- infecting over 157,000 people as of this writing, with 5,800 deaths and 75,000 recoveries.

While medical organizations and government authorities all over the globe are making efforts to slow down or finally stop the spread of the deadly virus, they advised people to undergo self-quarantine to prevent the disease from infecting more people.

Now, as you sit down inside your home while waiting for the number of cases to quiet down and the virus to be rsolved, there are several virus outbreak-related films you can watch while practicing social distancing.


From the director of the award-winning film "Parasite," the 2006 Bong Joon Ho's film "The Host" introduces a new kind of virus -- giant monster living in the middle of the Han River.

The said creature is not only a dangerous colossal being but also the host of a deadly and unknown virus. Its existence brings the capital city into a state of emergency. The story revolves around a young girl who was captured by the monster and brought to an unknown place.

Starring Mark Ruffalo and Julianne Moore, "Blindness" is a thriller film adapted from Jose Saramago's 1995 novel of the same name.

The story is about a community suffering from epidemic blindness, with the virus originating from a young Japanese professional.

According to its screenplay creator Don Mckellar, the nameless characters and place made the film even more special.

"None of the characters even have names or a history, which is very untraditional for a Hollywood story," he stated. "The film, like the novel, directly addresses sight and point of view and asks you to see things from a different perspective."


The 2011 film "Contagion" is the number one film that has been revived again after the coronavirus pandemic started.

The American thriller film, like coronavirus, concerns about a virus that causes a global pandemic. The movie also got popular years ago due to its multi-narrative "hyperlink cinema" style -- the forte of its director Steven Soderbergh.

Aside from that, it also reveals how the medical community worldwide pushed their limits to finally find a cure while controlling the panic of the people which spreads even faster than the virus itself.

Another film from South Korea, "Flu" tells about the deadly strain of H5N1 which leaves the victim alive for only 36 hours.

The disastrous disease starts when the smugglers from Seoul died inside a container due to the same lethal airborne disease. Things get worse before Dr. Kim In-hae (played by Soo Ae), who works with an important role in developing the vaccine at the Contagion Center, finally finds the cure.


If the world now is currently facing the coronavirus pandemic, the people in "World War Z" fight against zombies.

Released in 2013, thriller movie unveils the story of a former United Nations employee who seeks to understand and find a cure for for the life-threatening virus that turns people into zombies.

Though Marc Foster's film faced a lot of hardships before they were able to send the film to cinemas, "World War Z" was able to bag more than half-a-billion in sales -- making it the highest-grossing zombie movie of all time.