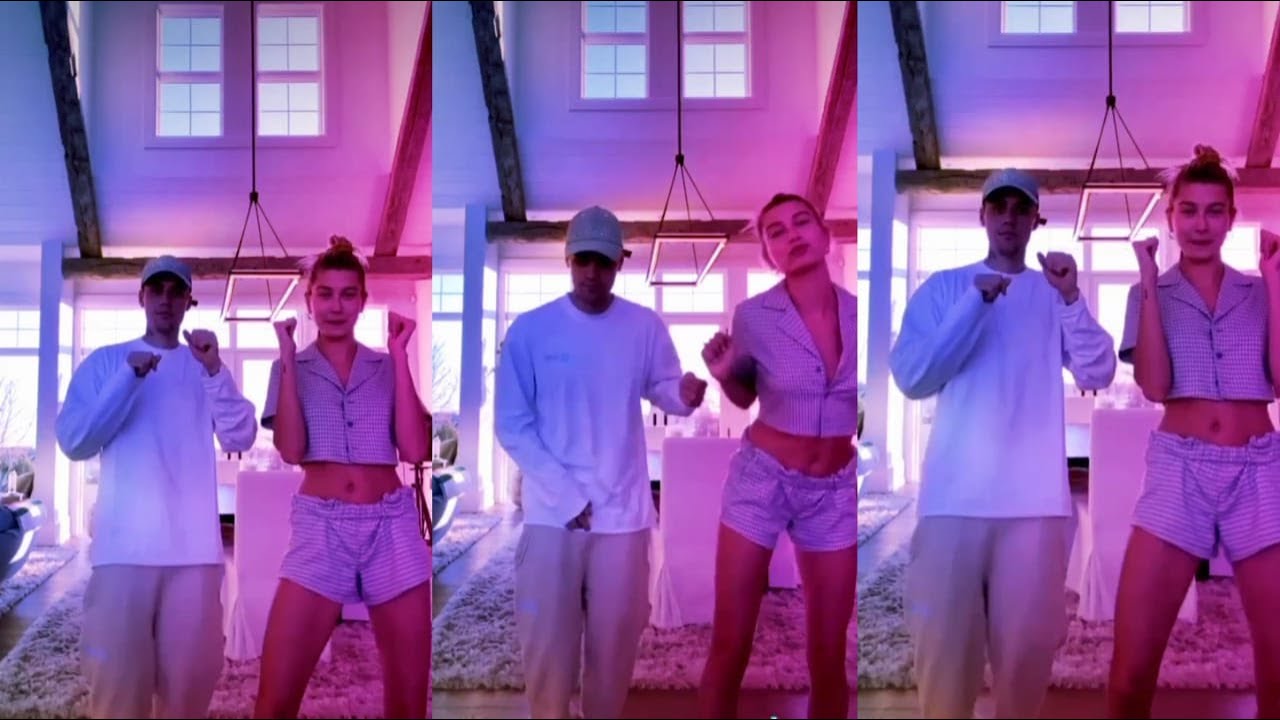 Justin Bieber and wife (aka "quarantine partner") Hailey Baldwin-Bieber took part of the TikTok craze amidst the quarantine caused by the COVID-19 pandemic.

The adorable couple were in Justin's house in Canada, wearing cozy outfits as they did the "Why is Everything Chrome" dance challenge together.

As the couple did their cute dance in their snug outfits (Justin adorned in his Drew clothing line, and Hailey in Brandy Melville pieces as well as a luxurious Anita Ko hoop earrings), they have been doing their part in the self-quarantine going on in Canada.

Many other celebrities are also turning to TikTok to entertain themselves in this time of crisis.

Justin Bieber and Hailey Baldwin have been living together, part-time, in Justin's house in Ontario since November of last year, and it's good for them because as of Wednesday, there have been almost 6,000 cases of coronavirus in the United States.

The couple are taking the coronavirus very seriously and are doing all they can to stay healthy.

Also, having Lyme disease, Justin is reportedly feeling safer and more comfortable in Canada because he is more susceptible to coronavirus implications.

According to a source who dished out to People Magazine, Mr. and Mrs. Bieber plan on socially distancing themselves because in Canada, their home is "very secluded" so they could still go out to be with nature.

"They plan to stay in Canada until it's safe for everyone to resume their regular lives."

Justin and Hailey decided to stay in Canada shortly after US President Donald Trump and Canadian Prime Minister Justin Trudeau announced that they were temporary closing the US-Canadian border to all non-essential travel to try and stop the spread of the highly contagious virus on March 18.

The "Baby" singer and his model wife flew by private plane as soon as they found out that the boarders were closing.

While the former YouTube phenomenon has two houses, his heart will always be in Canada during a stressful time like this, and lucky for Justin that Hailey always goes to where wants to go.

In an interview with Zane Lowe last February, Justin revealed that he's honored to be the blonde bombshell's husband.

"I got the best wife in the world. She supports me through so much," he told Lowe.

Talking more about building his relationship with Hailey, whom he married in 2018, Justin reveals that he's looking forward to making more music that's going to reflect how much he loves her.

His album "Changes" is reportedly an album he wrote in the first year of their marriage.

"It's so fresh, there's so much more to learn about commitment, and building trust, and foundation."

Justin also revealed that he's excited each day being married to Hailey, giving him something to look forward to.

"I wasn't able to really take a second and really appreciate all the little things. I'm excited. It's going to be good," he shared.

READ MORE: Tekashi 6ix9ine Sued by Fashion Brand for $2.25 Million Because of THIS!