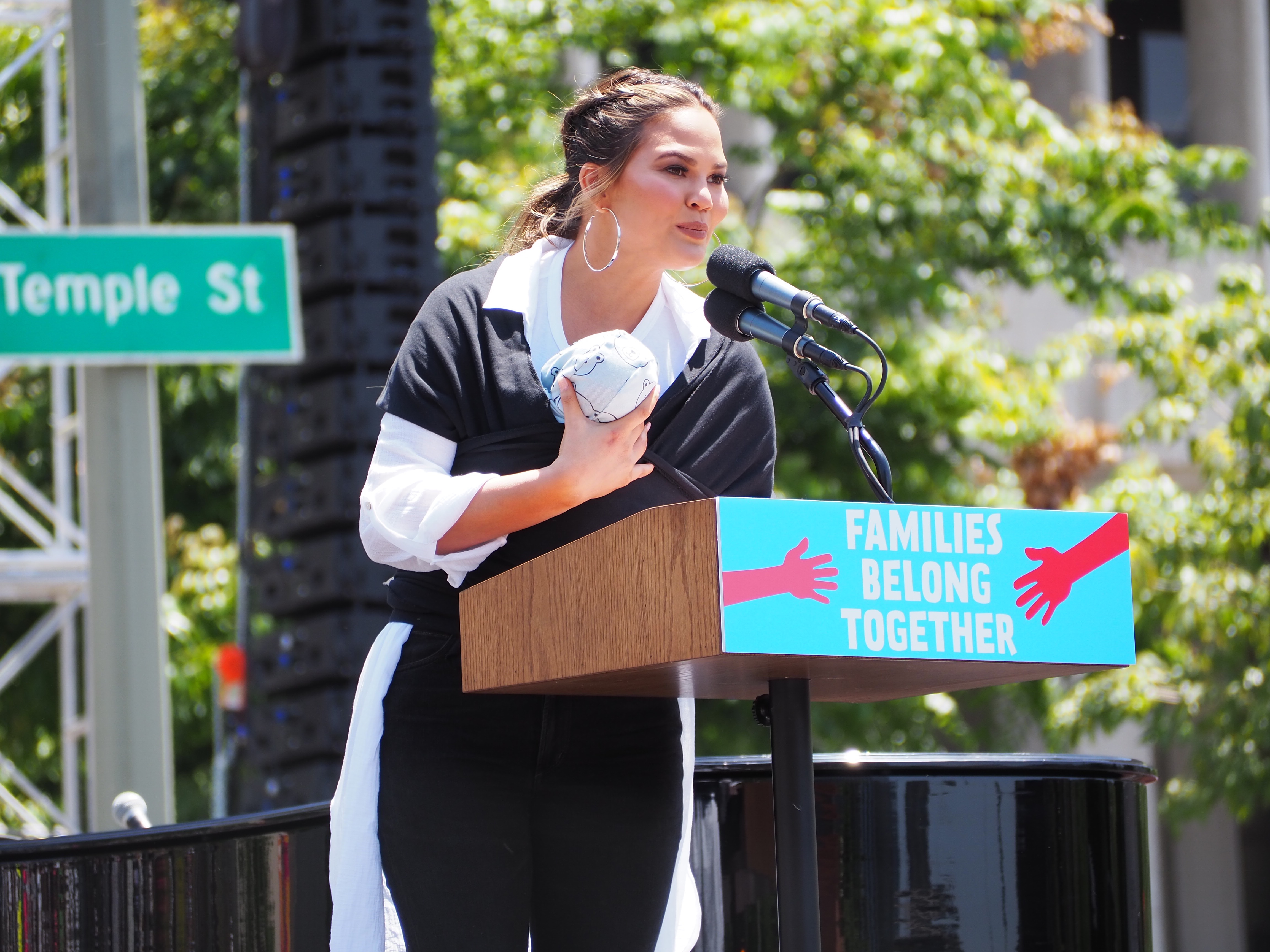 The public has been criticizing the government for prioritizing VIPs such as celebrities, politicians and other prominent personalities for providing them testing kits despite showing no symptoms.

This also leads to health officials' fears that the virus may be spreading undetected due to a lack of testing kits.

Following this, known for her vocal and opinionated personality, Chrissy Teigen took to social media to shut down people who complain about 'invasive' coronavirus test kits.

The former Sports Illustrated model encouraged the public to be more sensitive and put their discomfort about the test into a whole new view.

The Brutal Reality of Giving Birth

In a series of posts, the TV personality detailed a very graphic story about how she gave birth to her daughter Luna.

This is in response to complaints about how the coronavirus tests are done. It involves a swab being inserted into the patient's nose and down their throat, which can cause slight discomfort.

"My vagina was ripped to my a**hole giving birth to Luna. I had a vaga**hole. f**k your swab pain," she posted in her Twitter account.

"They had to put a garbage bag at the end of the bed to collect my blood before stitching me up, where I then had to pee using a water bottle as a pain fountain for 3 months. so yeah. the swab, I bet it's super rough."

Teigen's reaction came after actress and voice artist Sarah Thyre posted via her Twitter about dismayed she is with US President Donald Trump undergoing COVID-19 test.

According to the US Food and Drug Administration (FDA), testing is done by inserting the swab shallowly in the patient's nose and throat, or getting samples of fluid from the lungs. The result could be determined after 24 hours to four days.

The 34-year-old TV personality shares a history of conflict with Trump after the latter criticized her and husband John Legend after the singer spoke about criminal justice.

To recall, the US President called Legend a "boring musician" and Tiegen a "filthy-mouthed wife."