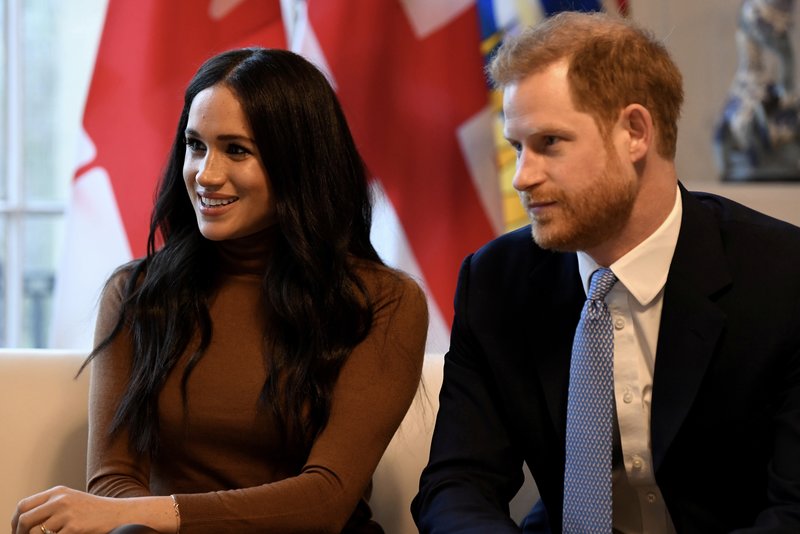 Piers Morgan once again hit out Prince Harry and Meghan Markle over the royal couple's decision to move to another country.

Morgan, known as one of those journalists who regularly blasts Harry and Meghan, dropped another tweet to denounce the two after they left the mansion they rented in Vancouver Island to travel to Los Angeles.

In a now-deleted Twitter update, the 54-year-old Good Morning Britain broadcaster shared a link of the article by the Sun's Dan Wooton about the Duke and Duchess of Sussex' relocation along with the caption: "Oh jeez...there goes the neighborhood."

A source confirmed this news to People, saying that the family-of-three no longer resides in the island due to coronavirus scare in Canada.

Previously, Morgan and his Good Morning Britain co-host Susanna Reid talked about the latest travel of Meghan and Harry to the U.K. and the fact that they did not bring their son Archie with them.

"Susanna [Reid] and Charlotte [Hawkins], on this issue of if Archie doesn't come on this trip - and we don't know for sure, maybe he will come - if he doesn't come... isn't it a bit odd?" the 54-year-old Piers asked his co-host.

Although Morgan also noticed the "odd" move, it has been clarified a long time ago that the royal couple's decision to leave their 10-month-old son was also due to the coronavirus scare.

However, despite doing all these things for their well-being and safety, Prince Harry and Meghan's latest bombshell revelation caused most of the journalist's 7.2 million followers to criticize the two as well.

Although the reason behind the deletion of the tweet is still unknown, the comments on the tweet still exist up until now.

One follower said, "I like Harry but I just don't know why he is doing this. Such a shame. #ClapForTheNHS."

"I thought they were not moving here as long as Trump is President," another one wrote, referring to the time when Prince Harry called President Donald Trump "a president with blood on his hands" in a prank call by Russian hoaxers.

Meanwhile, even Meghan uttered something negative about Trump, saying that she would not move back to LA while Trump is president. The Duchess of Sussex also blasted the president back in 2016 for being "divisive" and a "misogynist" on Comedy Central's "The Nightly Show with Larry Wilmore."

In addition, mostof Morgan's followers posted a query about who will shoulder such expensive and abrupt move of the Sussexes.

To recall, the palace announced that Prince Harry and Meghan will "no longer receive public funds for Royal duties" as they have quit the royal family. As soon as their HRH titles were stripped from them, they lifted a burden from the taxpayers since the people no longer have to fund them.

In addition, the Sussexes' website already stated that Prince Charles' income from the Duchy of Cornwall will provide them 95 percent of their income. Meanwhile, the remaining 5 percent will no longer come from the taxpayer-funded Sovereign Grant.