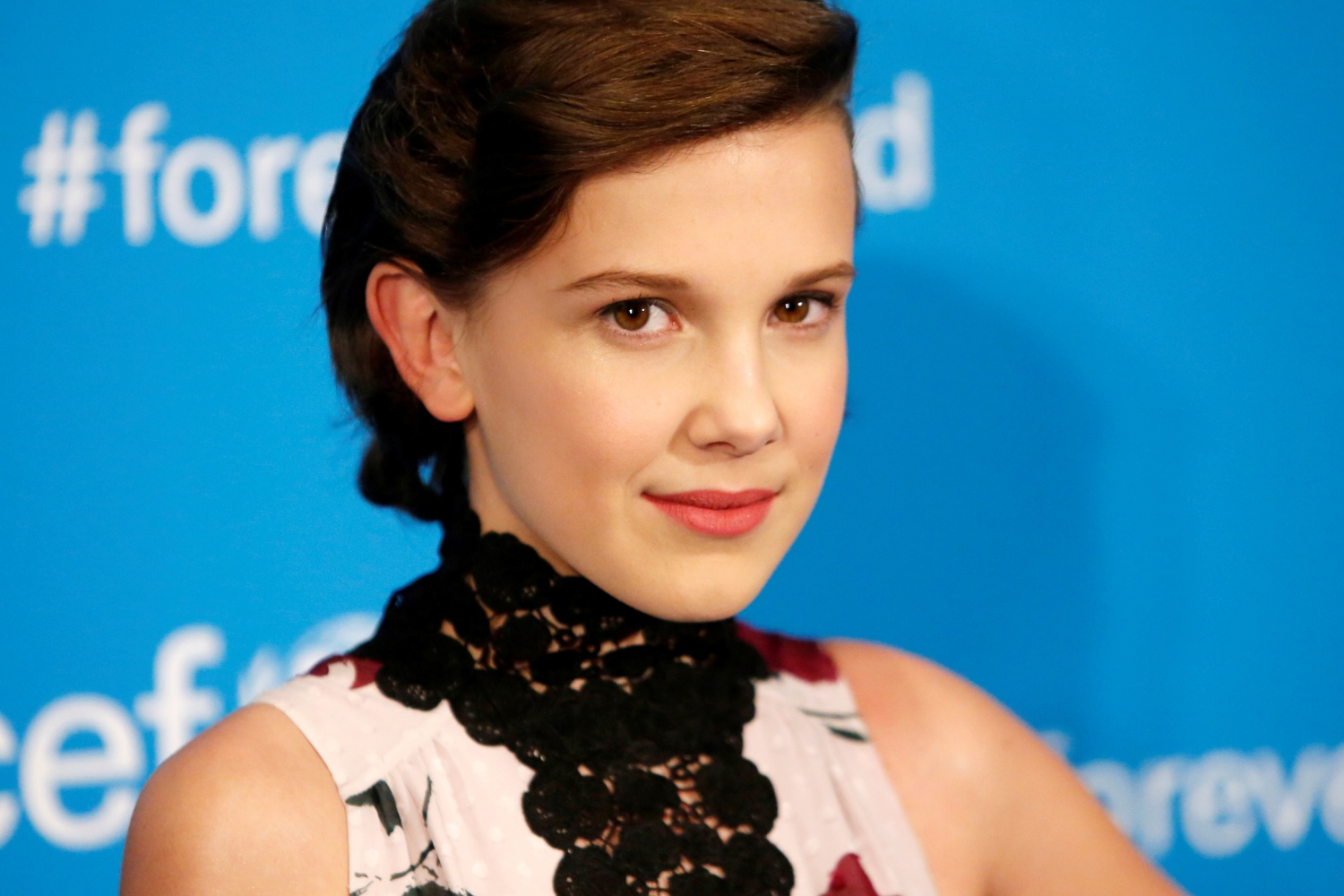 Millie Bobby Brown may be 16-years-old, but she already has the best of both worlds.

The British teen star Millie Bobby Brown revealed that the 2006 Disney series had helped her achieve a fake American accent.

"The only way I got my American accent was by watching Hannah Montana," Millie told Cyrus, who also played the famous pop singer Hannah Montana.

The 27-year-old pop star replied: "I'm surprised you don't have a country accent!"

Brown opened up how obsessed she was with the series and mentioned that she knew every dance move in the "Hoedown Throwdown" number.

The "Stranger Things" star also admitted that the youth-oriented show inspired her to pursue her acting career in Hollywood.

Brown even mentioned how fun it is to be on the show and joked about not minding doing the role for free.

Teen Stars Of Their Generations

Both Brown and Cyrus shared a common denominator, and that is growing up in the spotlight and being in the industry at a young age.

Miley became a household name when she got the role of "Hannah Montana" at the age of 11. Originally, she auditioned for Lily's character but ended up as a lead role.

As for Millie, she made her acting debut as a guest star in the fantasy drama series "Once Upon a Time in Wonderland" as the young Alice.

Her big break came when she was cast for the Netflix hit series "Stranger Things" as Eleven.

The teen star also admitted she was very selective when it comes to friends and she purposely surrounds herself with positive people who keep her grounded.

"I can't be around people that'll just tell me what I want to hear. That's wrong," Brown said.

Brown also mentioned that her family does not spoil her just because she is an actress.

"That's what my family has taught me, and my family just put me in my place: make my bed, do my laundry, clean up after myself," she added.

Aside from her "Stranger Things" co-stars, one of Millie's celebrity best friends is the "Dance Moms" star Maddie Ziegler. She described the 17-year-old actress as her inspiration because she sees that Maddie is very passionate about her craft.

In her previous interview with Ellen Degeneres way back 2017, she recalled that they started their friendship in a very odd way.

Brown shared that when she first met Ziegler, she started crying because she was a huge fan and from then on, their friendship grew.