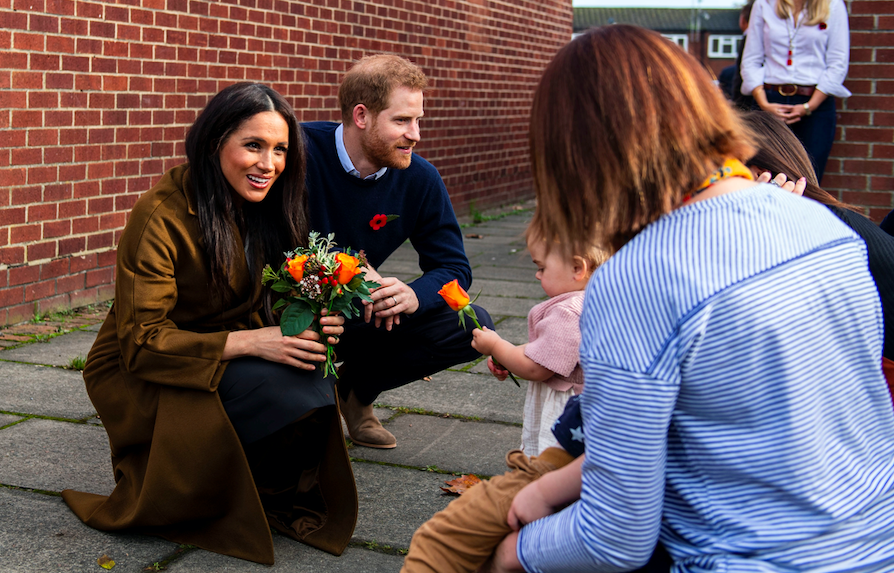 Just a week after stepping down as senior members of the royal family, Prince Harry and Meghan Markle already announced the name of the new charitable institution that they are planning to build.

When the royal couple dropped their bombshell announcement to quit as senior royals earlier this year, the duo also announced their plan to launch a new charitable entity.

On Monday, Meghan and Harry's spokesperson revealed that the ex-royals have already settled to name their future organization as "Archewell."

In a statement, the couple's spokesperson explained the meaning behind the name and their intentions for the said non-profit body.

"Our focus is on supporting efforts to tackle the global Covid-19 pandemic, but faced with this information coming to light, we felt compelled to share the story of how this came to be," the statement reads, as reported by Entertainment Tonight.

It turns out that even before settling with their former branding name "Sussex Royal," the couple came up with the idea from the word "Arche," which is a Greek word that means "source of action."

Apparently, this is also where Meghan and Harry got the inspiration for the name of their now 11-month-old son, Archie Harrison Mountbatten-Windsor.

"We connected to this concept for the charitable organization we hoped to build one day, and it became the inspiration for our son's name," the spokesperson added.

With the institution's name, it shows they are inspired to "do something of meaning, to do something that matters."

"Archewell is a name that combines an ancient word for strength and action, and another that evokes the deep resources we each must draw upon," the statement continued.

However, the spokesperson clarified that the statement does not aim to launch Archwell organization, as Meghan and Harry are planning to offcially unveil it when the time is right and not in the middle of a global pandemic. The couple believes that the current focus should be on efforts to survive coronavirus.

Meghan and Harry initially planned to use the Sussex Royal branding on their family's charitable organization. But in their transition agreement, Queen Elizabeth prevented them from using the term "royal." With that said, Meghan and Harry had to choose a different name for their future philanthropic efforts.

Based on the trademark request submitted at the United States Patent and Trademark Office on March 3, 2020, the name Archewell could cover marketing materials such as printed educational and training materials, magazines, electronic books and audiobooks.

While the scope of the trademark is quite broad, it is proactive and does not mean that the organization indicates plans on using the name on such promotional materials.