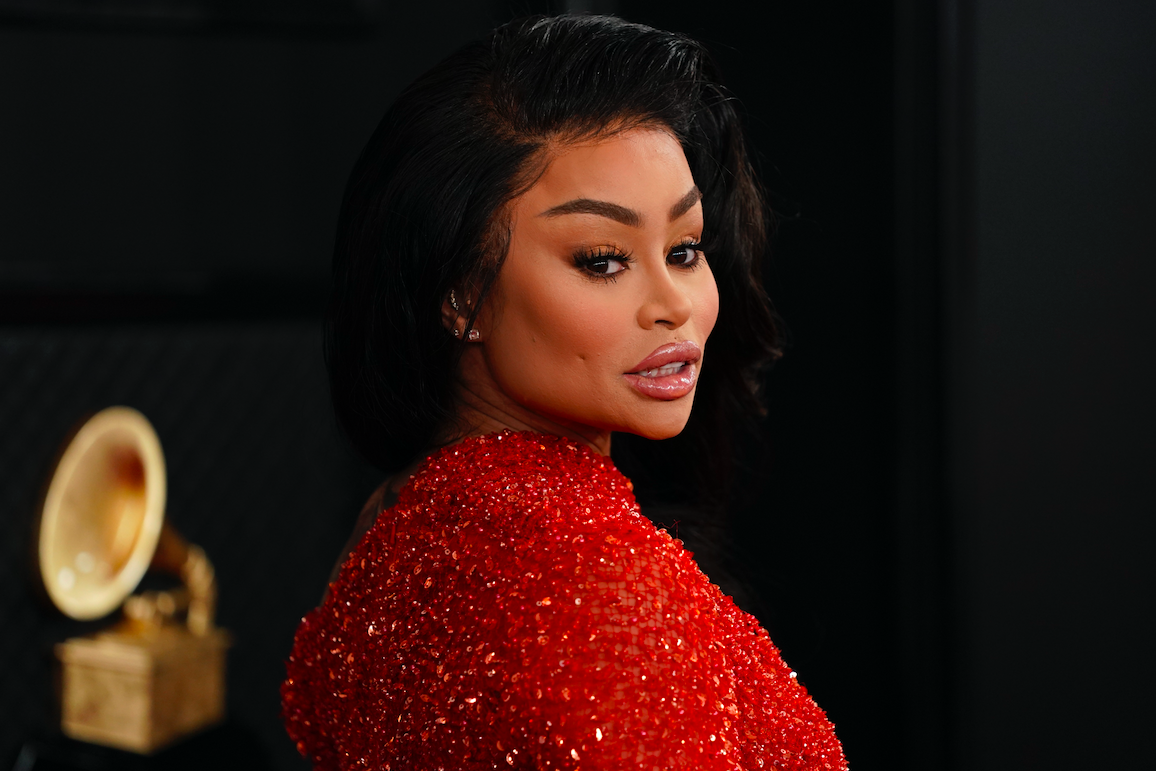 Rob Kardashian detailed a harrowing tale of how he almost died in the hands of his ex-flame and mom of his child, Blac Chyna. According to Kim Kardashian's brother, Chyna and him got into a heated argument, triggering that scary reaction of Chyna. The details are not pretty, reading as if they are from a gory, horror movie.

New court documents revealed that allegedly, Chyna threatened to kill Rob while holding a gun to his head back in 2016. This reportedly happened at Rob's baby sister Kylie Jenner's residence. It can be remembered that Blac and Rob split up December of that year, just a month after they welcomed their daughter, Dream into the world. Dream is now 3.

Based on the new documents, Kardashian is accusing Chyna of having consumed drugs and alcohol one night after participating in a photoshoot. Things escalated quickly, though, because next thing he knew, a gun was pointed at his head while he was FaceTiming and Blac was already threatening to kill him.

This is not the only alarming bit in what Rob shared. Based on the documents, he is also accusing Chyna of almost strangling him using an iPhone charger. "Chyna came up behind Rob wrapped an iPhone charger tightly around his neck and started to strangle him using her full strength," the document read. What was frighteningly intriguing is that this took place on the same day Chyna pointed a gun at him. Instead of fighting her, Kardashian reportedly retreated to the master bedroom and locked the door.

Blac Chyna was strong, however.

She allegedly "proceeded to use her fists and a metal rod to repeatedly strike" and broke down the door.

"Fearing for his life," Rob allegedly called for rescue. Eventually, it was mom Kris Jenner's boyfriend Corey Gamble, who came to help him. Corey tried to stop the fight, but Chyna proceeded to beat Rob in the face and head.

Kardashian's attorney put in a statement during the file, claiming Chyna's erratic behavior under the influence of alcohol and drugs ultimately caused to batter Rob and even caused significant damages on the property.

Chyna's camp, however, has already spoken and denied all these allegations. In a statement provided to Page Six, Chynna's attorney Lynne Ciani said that no violent attack happened. Instead, there was evidence of a very opposite scenario. According to the lawyer, instead of being a violent night, the two had a flirty time together on December 14 since their then reality TV show. "Rob & Chyna" got a green light for season 2.

Chyna's camp believes that this is just one of Rob's many lies, told to "cover up his critical deposition admissions."

The rest of the Kardashian family is yet to react to the new revelations. Or they could long know about the real score and keeping things within the family.

The two's relationship can be described as one heck of a rollercoaster ride. In 2017, things were already uglier than ugly. Rob took to Instagram to accuse Chyna of cheating with many different men while doing drugs at the same time. To prove his accusations, he shared ext messages and nude photos of Chyna, obviously without her consent.

Chyna was quick to react, filing a case against Rob for the crimes of revenge pron, cyberbullying, and harassment. The legal drama was just starting, though. Because a couple of months later, Kylie joined in the fray. She and Rob sued Chyna for assault as well as $100k in property damage in Kylie's residence.

Chyna then sued the entire Kardashian-Jenner family. According to her, the notorious reality star family messed with her livelihood, leading to the cancellation of Rob & Chyna on E!

How she thinks they can continue with the show after all that happened seems weird, though.