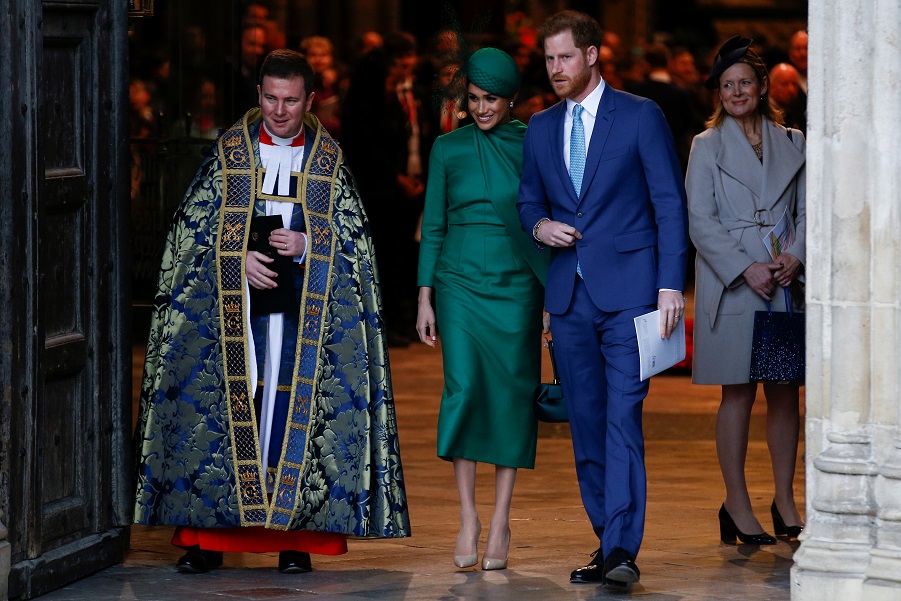 Prince Harry and Meghan Markle are expected to grade many red carpet events the moment this coronavirus pandemic is over, and such social gatherings are already allowed. Is Prince Harry going to be the royal actress' trophy husband?

Since moving to LA, Prince Harry and Meghan Markle have stayed out of the public eye, mostly because they are isolating as much as everyone else in the middle of the crisis. The two were spotted, however, in helping out a charity deliver food. This is a far cry from their supposed plans once they get into California, which is to penetrate the Hollywood scene, at least for Meghan Markle, as well as to engage in different speaking engagements.

Royal expert Myka Meier believes everything will change once the quarantines all over the world are lifted, and isolation is no longer a tall order. Once that happens, Prince Harry and Meghan Markle will become regulars on red carpets in Hollywood.

One can only wonder if that means Prince Harry will be like a trophy husband who Meghan Markle takes around. After all, she's the one likely to have Hollywood engagements more than her partner.

In a recent appearance on the Royalty Obsessed podcast, Meier revealed that Harry and Meghan's post-royal plans would push through, the moment these restrictions are done with, and the world is already safe from the pandemic.

She asserted that it is highly likely that Markle will be quite picky on the acting projects she'll say yes to, but she and Prince Harry are not likely to be that picky when they are invited to red carpet and other types of high-profile events.

"I also think that we're going to see a lot of red carpets," she said. "As soon as there are red carpets again, I genuinely think they will be on every major red carpet."

For a while, people will certainly love to see them around; especially, it means getting to see Meghan Markle in lovely dresses and outfits once more. Her fashion sense has always been the talk of the town, even when she has not stepped down from senior royal duties.

Meanwhile, Prince Harry might accompany Meghan Markle, but he might feel forced to do so. At present, some sources claimed that he wants to be back in the UK, especially in the Army.

The Duke of Sussex left the Army in 2015 after going through two operational tours of Afghanistan. He is also qualified to be an Apache helicopter commander. Megxit, however, changed everything. Queen Elizabeth already stripped off his military appointments back in March.

While he seemed so sure that Megxit is something he wanted and leaving with his wife was his only choice, things could be changing now.

Sources had it that Prince Harry already confided to his closest friends that he misses the Army. Life with Meghan Markle is so different from his old life, and he allegedly told his friends that his life has already been turned upside down.