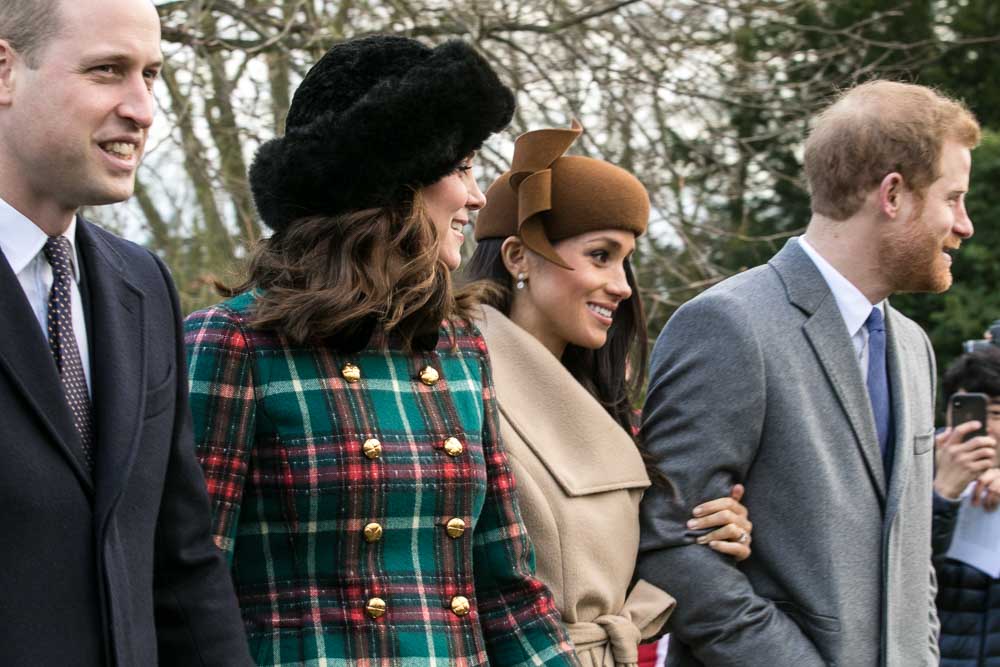 Now that Prince Harry and Meghan Markle are living a thousand miles away from the British monarchy, there is still no escaping the drama and controversy inside the palace.

In a new book written by British journalist Tom Quinn titled "Kensington Palace: An Intimate Memoir from Queen Mary to Meghan Markle" which will be released later this month, it reveals the turmoil and intrigues inside the historic royal abode -- from Princess Diana and Prince Charles' marriage down to the Fab Four rift.

What makes this more controversial is that it comes from the point-of-view of Kensington Palace's employees.

"You couldn't hide anything from anyone," one palace aide told the author.

The British journalist spoke to royal staffers who have spent years working for the royal family.

One source spilled the tea about how Duchess Meghan "struggled with jealousy" with the Duke and Duchess of Cambridge, who are directly in line to inherit the throne.

"I think she has found that difficult to deal with. And although Harry loved their cottage on the grounds, Meghan was conscious that it was tiny in comparison to the vast apartment complex where Kate and William live," the source said.

The Sussexes used to live in Kensington Palace along with Kate and Prince William, who reportedly spent more than $6.5 million renovating their Apartment 1A.

When the former "Suits" star moved to London, she joined Prince Harry in his Nottingham Cottage on the grounds of Kensington Palace. Shortly after, the couple moved to Frogmore Cottage in Windsor for "various reasons."

The Battle Between The Two Duchess

Moreover, multiple reports claimed that royal staffers called the 38-year-old Meghan with unflattering nicknames such as "Me-Gain," "Di Lite," "Di 2," "Duchess Difficult," and "Di Lite" while Duchess Kate was described as one of the "nicest royals."

"Kate is actually one of the nicest royals, and she hasn't let life in her extremely grand apartment at Kensington go to her head - or at least not too much," another source said.

The mother-of-three was also known for having a good relationship with her staff and was "very warm towards Meghan" when she became a member of the royal family.

Interestingly, the book also pointed out how the royal feud started between Prince Harry, Meghan, Kate and Prince William.

Another source -- described as a former palace servant -- shared that the rift began when Meghan "shouted" at her sister-in-law's staff which prompted them to leave Kensington Palace.

"Kate was horrified when Meghan shouted at a member of Kate's staff," the source revealed. "Like many people not used to dealing with servants, Meghan overdoes the imperiousness; so, on the one hand, she wants to be like Diana, a people's princess, and on the other she wants people to stand to attention when she clicks her fingers."

However, another source explained that the behavior of Meghan was a result of the royal family's treatment towards her given that she's a divorcee and bi-racial.