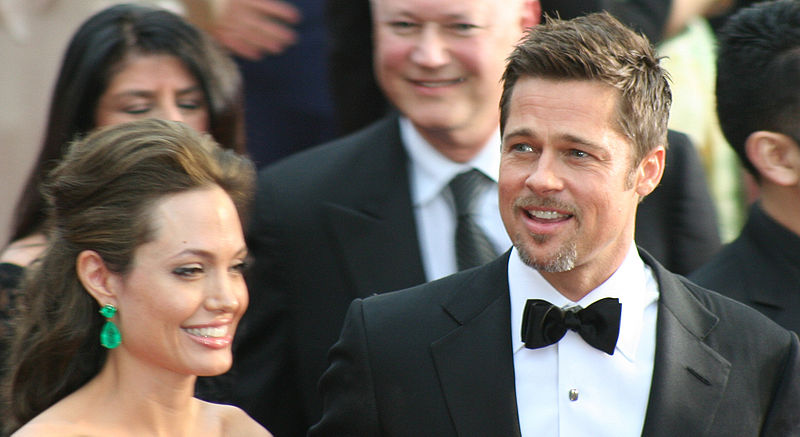 Angelina Jolie is controlling one aspect of Brad Pitt's life even though they have separated. Reportedly, the A-list celebrity still has got a lot to say on who Pitt should be introducing their children to, and Alia Shawkat is certainly NOT one of them.

According to a new report, Angelina Jolie allegedly called up her ex to warned him about making sure none of their kids get to be introduced to spend time with Alia Shawkat.

At present, Jolie allegedly does not trust Pitt's platonic friend Alia Shakwat. No romantic relationship with Brad Pitt or not; she does not like her kids associating with this friend. Moreover, Brad Pitt and Alia are spending time together during the lockdown.

According to a Globe report, "The Eternals" actress reached out to Pitt after she found out that their daughter Shiloh had met and adored the "Arrested Development" actress. Shiloh was so enamored by Alia she cannot stop talking about her. Jolie took offense with this, allegedly. As a result, she called Pitt to do something about it.

Jolie was so furious she reportedly wants Pitt to keep Alia away from all their six children.

According to the source, Pitt was actually hoping Angelina Jolie and Alia become fast friends. But it is apparent that Jolie has no desire to make a new friend

"Angie doesn't have a lot of female friends, and she has no intention of making Brad's new babe one of them," the source said.

Another insider, however, is claiming a different thing. According to the second insider, Jolie has no problem with any female friend that Pitt has, romantic or otherwise.  She's more pissed with the fact that she's tending to all six kids of theirs while he gets to enjoy.

Most of these sound like gossip, though. It does not sound like Jolie to forbid her kids to do anything they feel happy with, nor does she sounds like she would mind having all the responsibilities to her kids.

With Shiloh's birthday right around the corner, it is highly unlikely too that Jolie would even interfere with the friends her daughter likes to keep. If she truly likes Alia, Jolie as a highly-devoted mom is not going to do anything to ruin something as pure and innocent as a friendship for personal reasons.

According to Hollywood Life, both Jolie and Pitt will pull all the stops to make Shiloh's birthday special even if the world is plunged in uncertainty by the coronavirus.

A source said that Shiloh truly wants a party, but the crisis makes that essentially impossible. Nonetheless, Brad Pitt and Angelina Jolie still have tricks up their sleeves on how to make the day memorable and fun.

"Both Brad and Angelina will make the day special for her, regardless, and it will be totally up to Shiloh how she wants to divide her time," the insider explained. Since Brad and Angie live close by to each other, the quarantine measures are not going to ruin the day for their child.