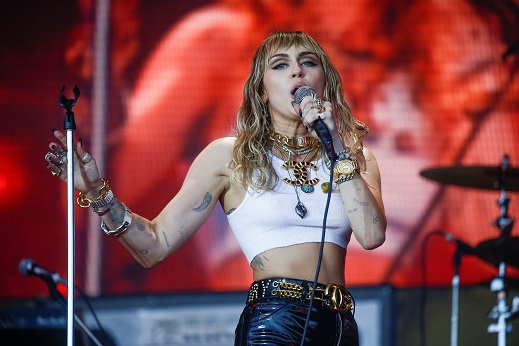 Miley Cyrus has reportedly reacted to how Noah Cyrus belted out her emotions being her famous sister's sibling. Did Noah hurt her sister with new lyrics? The short answer is yes. The long answer is, however, is so much more complicated.

Miley, now 27, was a massive Disney princess a few years ago. By massive, it means dads all over America and beyond even went to great lengths just to secure her concert tickets and merchandise for their daughters. It also means sold-out concerts and movies, apart from all her albums. She was powerful and only started to lose her luster when she naturally has grown up, and some adult controversies wrecked her image. She's fine and happy, though, regardless.

Her sister Noah however, is a different story. According to Noah, she feels like Miley's shadow, whom she admires anyway. Miley easily achieved stardom at 14 while at that age, Noha had to contend with just being Miley's little sister and having no identity of her own that she could show, even if she wanted to. Naturally, being a shadow can hurt, even if she loves her sister.

In her newest ballad called "Young & Sad," Noah detailed her mixed emotions with this. In it, Noah sings, "My sister's like sunshine / Always bringing good light wherever she will go / And I was born to rain clouds / Blessed in her shadows." This is quite telling of how she feels overall.

According to Hollywood Life, the lyrics hit Miley hard. She does not want to hear her sister suffering after all, and certainly not if it's because of her! According to the source, Miley's heart is breaking to think her little sister is hurting in any way. So if she's hurt, it's not because Noah somehow has a grudge, but because Noah is hurting.

That said, Noah's feelings are also not that surprising for Miley.

The source revealed that Noah has never hidden what she feels about her sister's fame and what this was doing to her personally. It's the first time that she put these into a song and made them public, but Miley has known for years.

Miley didn't learn about Noah's anxieties in her sister's new song, however. "It's not something she's just hearing about," the source explained. "Noah has always confided in her. The cyberbullying Noah dealt with as a child was incredibly hard on the whole family because it really took a toll on her. Miley has dealt with her share of cyberbullying too, but seeing it happen to her precious little sister hurt more than anything."

Moreover, the source claimed that Noah putting her emotions in lyrics and essentially making the public know, does not rub her the wrong way. She is quite happy that Noah now knows how to use music as her outlet.

She's even proud that Noah now knows how to take her pain and transform it into good music. Moreover, she's happy that the world can finally see just how talented her little sister is.

Miley believes that one day, people will see how Noah's singing and songwriting skills are even beyond hers. The source said Miley believes her younger sister, as well as the rest of the family, have talents that actually surpass hers. She wants the world to see what she sees, starting with Noah's talents.

Otherwise, Miley believes the world is missing out.