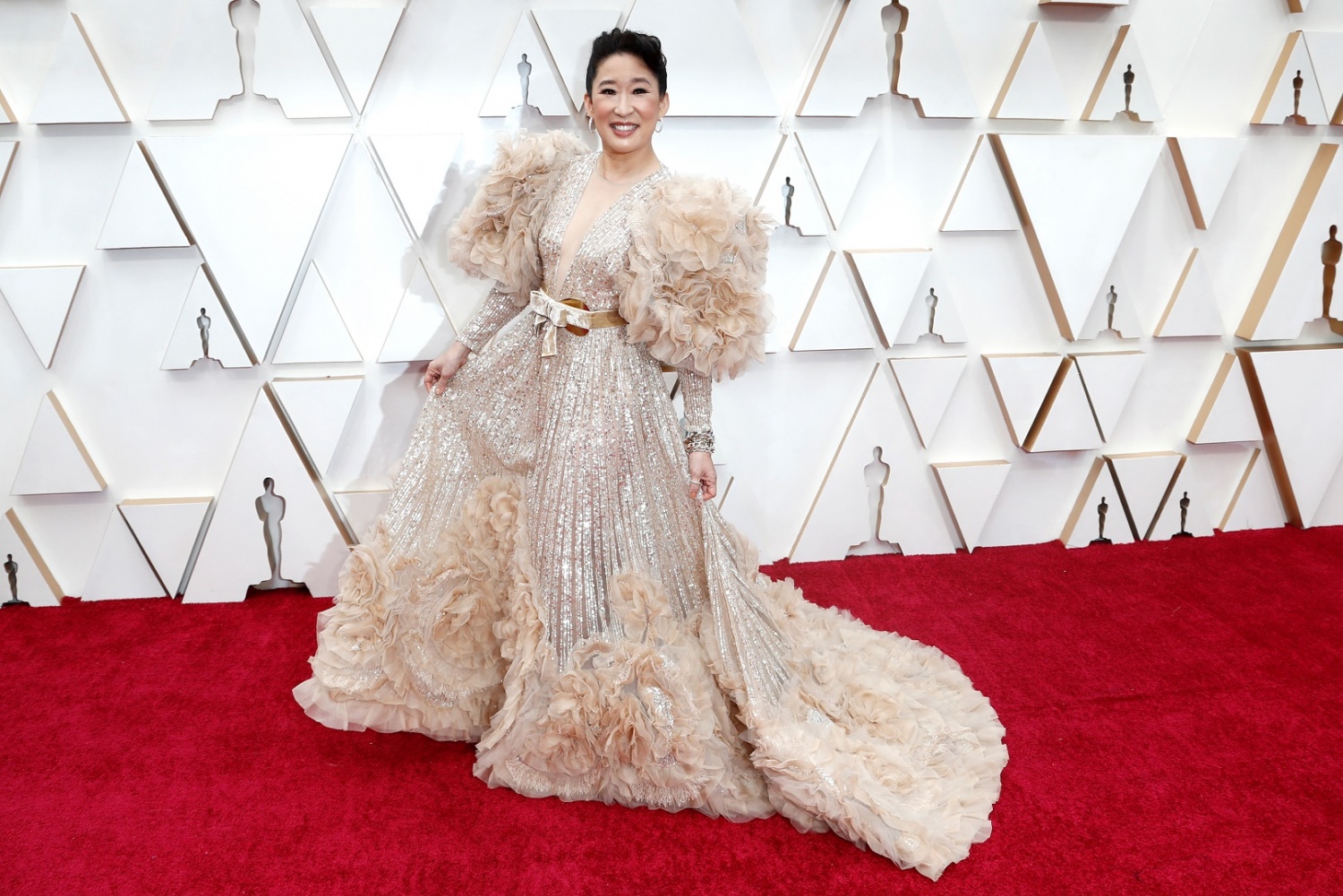 The "Killing Eve" actress participated in a virtual interview for "The Graham Norton Show" and reminisced about the 2001 film that launched Anne Hathaway's career.

Oh talked about how she was often typcast into the roles of detectives, teachers, and doctors at the onset of her own career, and then revisited her role as the vice principal in "Princess Diaries."

"I haven't seen it since but I remember it," she said. Holding her hand up to her ear like a phone, Oh said, "Uh huh. Uh huh. Uh huh. The Queen is coming."

It was such a short line and fans probably cannot remember that she played that role, but seeing her do it again just makes fans wish there's a "Princess Diaries 3," stat.

Meanwhile, fans need not fret! "The Princess Diaries 3" can truly happen. Julie Andrews said so herself, since she's very willing to do it, despite her age.

"The Princess Diaries" has cemented Anne Hathaway as a household name. The movie is also one of the most loved comebacks of Julie Andrews after her still popular role in "the Sound of Music." There had been a second installment of the movie but fans are still clamoring for a third one.

Julie Andrews is now saying the doors are not completely closed. Andrew virtually stopped by The Talk and was asked about the third installment of "The Princess Diaries." She gamely answered as honestly as possible, claiming she's already old but has no objections to work with Annie once more.

"I'm getting awfully old and crotchety. I'm not sure if it's the right timing, but I think to work with Annie would be lovely again. And, sure, I'd be up for it," she said.

It was still back in January 2019 though when fans had heard of any "The Princess Diaries 3" possibility. Anne Hathaway casually confirmed it when she said there is already a script that is actually ready and waiting for the rest of the elements - cast and timing to come around. The "Hustlers" star dished to Andy Cohen on his show "Watch What Happens Live with Andy Cohen" that "The Princess Diaries 3" just might happen, if what the cast and the producer want can be taken into consideration.

However, even though most of the cast wants to do it, they do not want to risk producing something that is not perfect. "We all really want it to happen, but we don't want to do it unless it's perfect because we love it just as much as you guys love it." Hathaway said, "We're working on it."

Meanwhile, at present, Andrews has been keeping active and busy by launching a new podcast for children, entitled "Julie's Library."

This is a weekly storytelling podcast where she and her own daughter, Emma Walton Hamilton read the children's books they love.

In launching the site, Andrews revealed that as a child, she would read anything and everything. She also said that nothing competes with the joy of curling up with a good read.

She then said she passed the love of reading to her own children. As a result, she and her daughter have co-authored more than a total of 30 books for children and young adults.

"It is our hope that the stories and ideas we share on Julie's Library will provide family listening pleasure, inspire meaningful conversations, and be a trusted resource for literary enjoyment and learning," Julie has said in a note on the podcast's website.