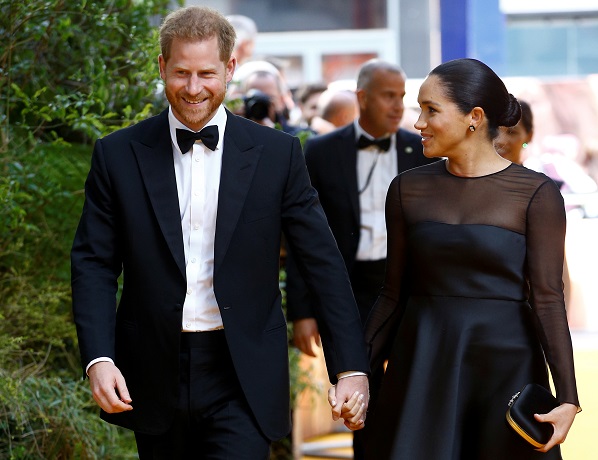 When Prince Harry and Meghan Markle decided they don't want to be senior members of the royal family, they also decided to become royal family members who are financially independent.

They were criticized for cashing in on their royal identities without having to perform the required royal duties and for pretending to live up to their credentials.

The Duke and Duchess of Sussex were dependent on Prince Harry's family to pay for whatever they may need, as well as their son Archie, and their household's budget in Frogmore Cottage.

Accoridng to The Telegraph, Meghan Markle and Prince Harry desired to become financially independent since April 2019, nine months before their bombshell announcement.

Meghan Markle and Prince Harry planned to be financially independent, only accepting money from Prince Charles for additional support.

When the Duke and Duchess of Sussex made an appearance and had a short talk at JP Morgan, they were reportedly paid between $500,000 to $1 million.

A royal expert said, "I think it has been a bit critical, and the problem they face here is the monetization of the Sussexes and what it's going to do to the monarchy moving forward."

Prince Harry was also using his mother's death, Prince Diana, when he's out on his speaking gigs.

An American columnist said, "But for the right price, he'll dredge up all that deeply personal emotional chaos, held sacred for decades, to a room full of global powerbrokers - despite zero chance any of it will elucidate or ameliorate a single real-world problem."

But fast forward to today.

The Duke and Duchess of Sussex are currently living in an $18 million mansion that was loaned to them by Hollywood producer, Tyler Perry.

Before this, they spent four months living in a $20 million waterfront home on Vancouver Island.

But now that they're finally free to do whatever they want, how much freedom and money have they gotten?

And while Meghan Markle and Prince Harry are reportedly looking for a home to buy and call their own, they have been relying on their celebrity friends to give them a home.

Even Meghan Markle's career, where she narrated on the Disney documentary about elephants. It was reportedly given to her because they were close to then-Disney head Bob Iger.

On the other hand, Prince Harry was working on a mental health documentary in collaboration with Oprah.

In a way, the Duke and Duchess of Sussex have exchanged being reliant on the British monarchy and being dependent on Tinseltown's royal family.

For Meghan Markle's career, it was reported that she turned to George Clooney, who she has gotten close to, and it was even said that he would be helping her secure high profile acting gigs.

But a source close to his lawyer's wife Amal Clooney said that she was not happy with the pair's back and forth text messages.

"He's one of the best-connected A-listers in town, so it makes sense that Meghan would want his advice alongside, if not above, most others."

So even in Hollywood, Meghan Markle and Prince Harry have celebrity friends to lean on for support and help.