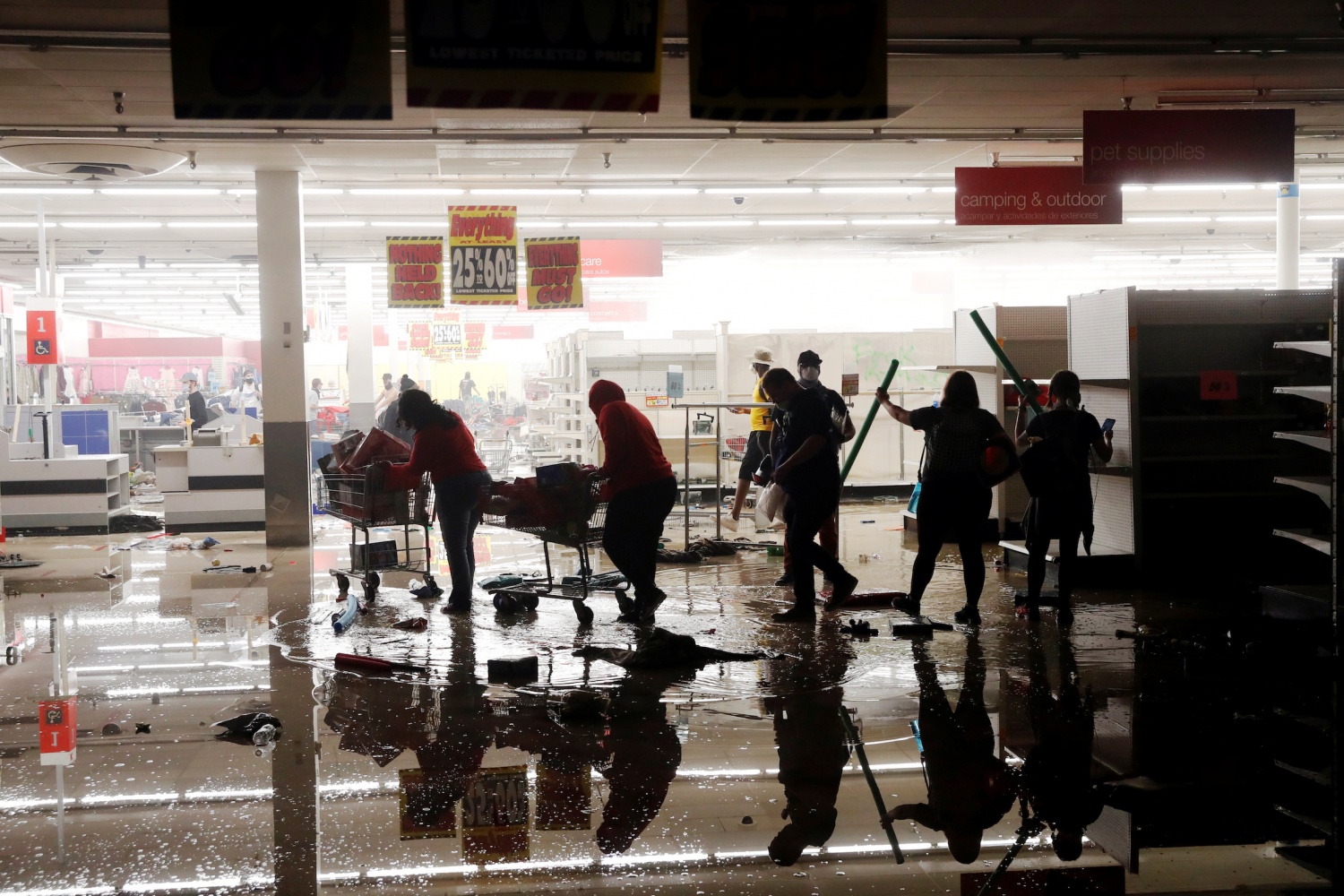 Rapper and TV personality Trina has come under fire after her insensitive remarks about the mass protests in Miami.

At one point, she even referred to demonstrators as "animals" as she called on to adjust the curfew a little earlier.

"Keep everybody off the street, these animals off the streets, that are running around in Miami-Dade County acting like they have escaped from a zoo. Lock them up at 5 p.m. so the streets can be nice and clean, that's how I feel," Trina exclaimed.

Miami-Dade Mayor Carlos Gimenez has declared a county-wide nightly curfew starting from 9 p.m. to 6 a.m until June 7 amid uncontrollable protests and police encounters.

Moreover, Trina went on to discuss her frustrations on the brutal outrage which caused damages to properties, including her friend's business.

"We can't bring back nobody lives that have been taken away, whether it's from the police or the hands of another civilian," she continued. "We cannot bring them back. You cannot pump life back into them at all. I can't bring back my little brother's life, his life was taken by the hands of a man, a black man."

In addition, the hip-hop artist pointed out that there are people claiming to be protesters but are actually thieves who don't even care about the death of 46-year-old George Floyd, who died in the arms of four Minneapolis Police officers.

Earlier this week, hundreds of people have marched on the streets of downtown Miami. However, looters have also taken this as an opportunity to ransack stores at popular tourist destinations in Bayside Marketplace located at Biscayne Boulevard.

YouTube vlogger and comedian Kid Fury took to Twitter to express his "disgust and disappointment" over the "Here We Go" singer.

"I'm obviously very disappointed and disgusted with Trina's remarks. It hurts, but I don't love a single celebrity more than Black life and the preservation of it. I'm removing my stan card and getting back to focusing on what matters," Fury said.

Feminist culture writer and editor Evette Dionne, who is also known as the "Free Black Gir,l" labeled the Miami hip-hop artist as "capitalist" for "expressing support for curfews designed to curb "looting."

Aside from Trina, "The Hills" actress Stephanie Pratt was also lambasted by the public for her tone-deaf remark which promotes violence during the Black Lives Matter protest.

"Shoot the looters - using this tragedy as their excuse to rob and burn all of our towns down," she wrote in a now-deleted tweet.