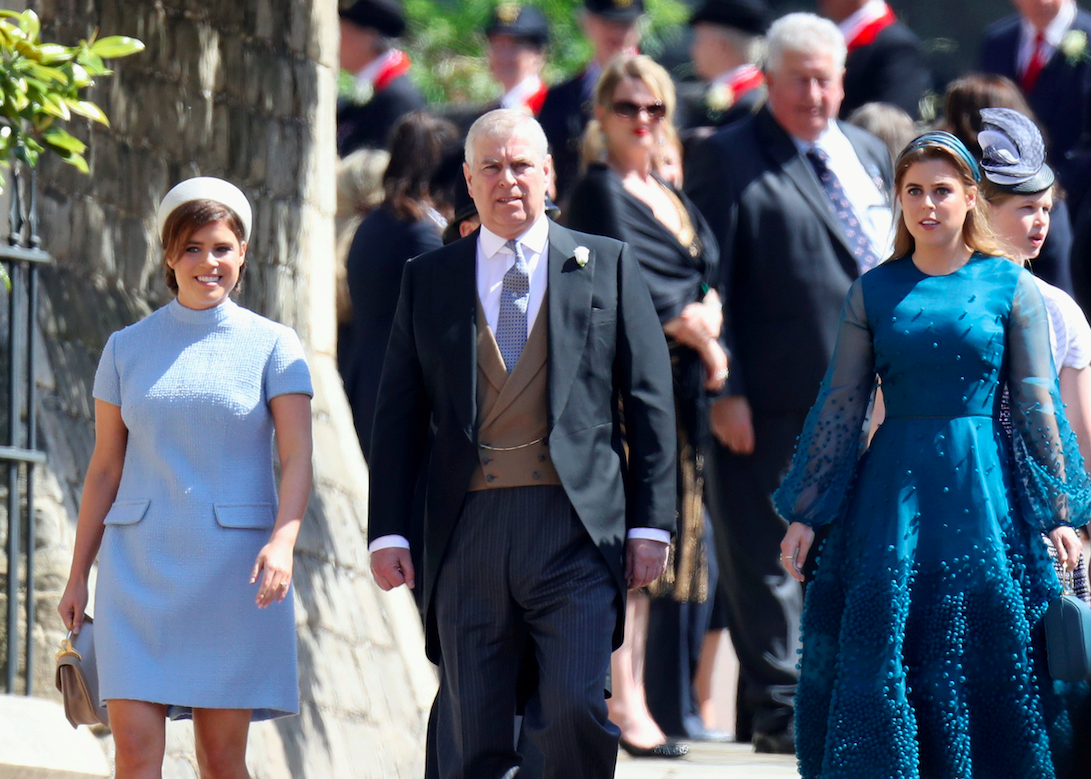 The royal family joined thousands of people across the world in paying tribute to the hard-working dads on Father's Day.

Prince Philip, Prince Charles and Prince William had been honored by their wives and children on the special day. Meanwhile, Princess Eugenie took the opportunity to greet her father Prince Andrew in time for the celebration.

The 30-year-old royal shared a series of snaps of the Duke of York and her father-in-law George Brooksbank.

In the candid photo, a young Prince Andrew was sitting outside alongside her daughter, who was drinking out of matching blue plastic tumblers.

View this post on Instagram
Happy Father's Day to my father and father-in-law and to all fathers celebrating today and everyday... Xx A post shared by  Princess Eugenie (@princesseugenie) on Jun 21, 2020 at 11:07am PDT

"Happy Father's Day to my father and father-in-law and to all fathers celebrating today and everyday..." Princess Eugenie captioned the post followed by a kiss emoji.

Unfortunately, the special day did not turn out well for the youngest daughter of the Duke of York, as she was slammed by critics who brought up his father's issue with the U.S. authorities.

To recall, the Department of Justice in the U.S. has made a formal request to speak to the Queen's second son as part of the ongoing investigation of the case of the deceased financier and convicted sex offender Jeffrey Epstein.

Following this, some netizens urged Princess Eugenie to persuade her father to cooperate with authorities.

"Please urge your Father to cooperate - those girls deserve justice, and as much as you may love your father it doesn't excuse his deplorable, disgusting and selfish behavior," one critic wrote.

Another even questioned her relationship to the Duke of York despite the controversial issues he is currently facing.

"Courage to wish your father .. but aren't you angry with him for what he did?"

There were also netizens who commented the name of Virginia Roberts Giuffre.

Then 17-year-old Roberts is allegedly one of Epstein's sex trafficking victims. She claimed that the late billionaire treated her as a slave.

In addition, Virginia also mentioned in the court documents that she was forced to have sex with Prince Andrew multiple times in the early 2000s.

Now, the 36-year-old victim stands by her accusation and pointed out that the 60-year-old royal "was an abuser" and that "he was a participant."

Back in November 2019, the Duke of York made an exclusive interview with BBC to address his association with the deceased American financier.

However, he was heavily criticized by the public after he defended his connection with Epstein and mentioned why he "still" did not regret their friendship.

"The people that I met and the opportunities that I was given to learn, either by him or because of him, were actually very useful," Prince Andrew mentioned in the interview.

Following the disastrous interview though, Prince Andrew was forced to resign from public duties for the foreseeable future. He also stressed that the issue has "become a major disruption" to his work as a senior member of the royal family.