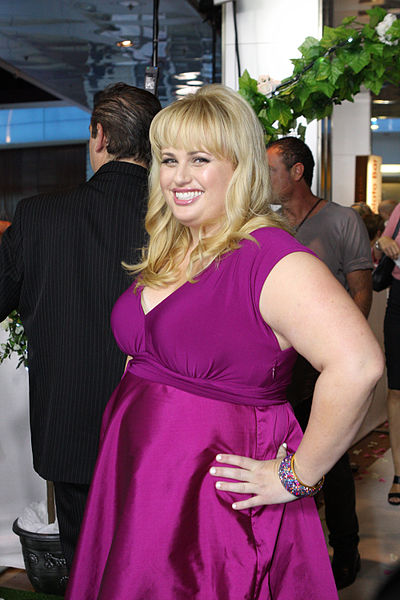 Rebel Wilson follows the footsteps of British pop singer Adele in her journey to a healthier and better lifestyle.

Over the past few weeks, the "Pitch Perfect" star has been showing off her leaner figure, which she achieved through a combination of workouts, frequent walks, and a whole new diet plan.

According to a source close to the 40-year-old actress, Wilson's fitness journey started when she visited a luxury medical detox and wellness center in Austria last year together with TV host friend, Carly Steel.

While at VivaMayr center, Wilson strictly followed the "Mayr Method" diet plan and noticed how it worked for her when she saw amazing results in just a few weeks. The source revealed that Wilson continued following the diet plan since then, which resulted in her gorgeous transformation.

What Is Mayr Method?

According to People, Mayr Method is based on the diet program plan created by Austrian physician Dr. Franz Xaver Mayr over 100 years ago.

The principle believes that the way people eat and the kind of meals they take greatly affects the digestive system -- which is why the method focuses on improving the gut.

In an interview with The Guardian in 2017, VivaMayr's assistant medical director Dr. Christine Stossier said that through the Mayr Method, a person revamps their diet to eliminate unnecessary snaking, gluten, and dairy intake while improving the way they chew their food.

"The fundamental principle is that you can improve someone's health through digestion," Stossier said.

Aside from eating healthy meals, Mayr Method is focused on chewing the food very slowly, especially those high in alkalines like fresh fish, vegetables, and sheep's milk yogurt.

As per Jezebel, a typical breakfast for people who follow Mayr Method involves a slice of bread and counting 30 chews per mouthful to focus on consuming the food slowly. Every meal is scheduled every four hours, in which clients are prohibited from using their phones and drink water while eating.

View this post on Instagram
Even if you have to crawl towards your goals, keep going x it will be worth it. Try and give a little bit of effort each day...I know some days are frustrating as hell, you feel like giving up, you get annoyed at the lack of progress...but good things are coming your way what are your goals this year? I’ll be honest with you guys - with my “Year of Health” mission I’m trying to get to 75kg’s and career wise am trying to get one of my movies into production before the end of the year! Both of these things are requiring a daily effort and there’s constant set backs - but I’m working hard x A post shared by  Rebel Wilson (@rebelwilson) on May 25, 2020 at 5:27pm PDT

The source revealed that Wilson adapted the Mayr Method and continues doing it while putting her workout game to the next level.

The actress is said to be working out six times a week through the help of a personal trainer, frequently walking and trying to increase her protein intake.

"I know she's also been working on conquering her emotional eating patterns of behavior," the source added.

In an Instagram post last month, Wilson declared that 2020 will be her "Year of Health" and vowed to cut her weight to 75kgs by the end of the year.

"With my 'Year of Health' mission, I'm trying to get to 75kg's and career-wise am trying to get one of my movies into production before the end of the year! Both of these things are requiring a daily effort, and there's constant setbacks - but I'm working hard," Wilson wrote on Instagram.