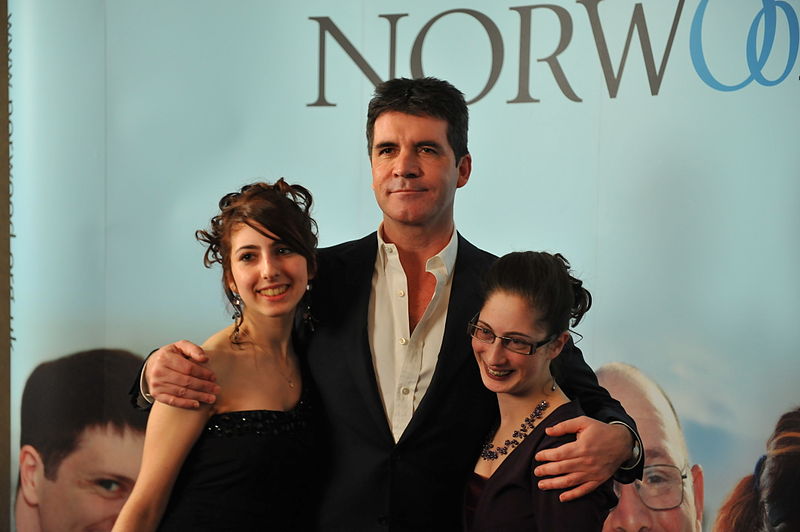 "America's Got Talent" fans had a mini-heart attack after #RIPSimonCowell became a trending topic on Twitter on Wednesday.

The internet was in total shock to learn that the most-hated (yet somehow loved by some) talent show judge suddenly passed away.

However, the 60-year-old TV executive is very much alive! In fact, he just had a virtual interview with "The Kelly Clarkson Show" on Thursday, during which he could be seen sitting pretty on a couch wearing a crisp white button-down and jeans.

Despite the clarification, it still begs the question: why and how did the United States get the #RIPSimonCowell number one on Twitter's trending topic?

Well, it all started when internet users noticed an edit on Cowell's Wikipedia information profile saying that he died on June 25, 2020 in Lambeth, London. The inaccurate Wikipedia edit stated that Cowell's "lifespan" was from October 7, 1959 until June 25, 2020.

On top of that, another Twitter user pointed out that when you search Cowell's name on Twitter, his introduction was in the past tense, indicating that the renowned TV personality has already departed this world.

It stated: "Simon Cowell was an English television personality," and listed all of his previous achievements, including his famous role as AGT judge.

As of writing, both Wikipedia and Google edit has been corrected already.

While there are no media reports, public statements, or even paparazzi photos that could trigger such malicious news, some people still believe that Cowell indeed passed away. Others were also convinced that there was just a "media blackout" about Cowell's death.

Twitter users have mixed reactions after learning that the #RIPSimonCowell is just a hoax. Some were relieved, while others blatantly expressed that they wish it were true.

"WHAT THE F*CK I hate ya'll l. I was so happy when I read it I thought he for real died #ripSimonCowell," one Twitter user wrote

"WHY IS #ripSimonCowell TRENDING IT GOT MY FREAKING HOPES UP FOR A SECONNDD," another added.

As of writing, Cowell nor his representative has yet to comment on the death hoax.

Before earning the most-critical-talent-show-judge crown, Cowell's career started in the music industry. Apparently, he worked in the mailroom of EMI Music Publishing at the age of 16, according to Britannica.

In 1979, he was given a chance to discover talented performers to sing newly published songs. Ten years later, he was hired by BMG Records as an artist and repertoire consultant.

In his recent appearance at Kelly Clarkson's show, Cowell admitted that he could not stop "judging" other people ever since becoming a judge on a television show.

Clarkson, who has experienced being a juror herself, asked Cowell if he gives out unsolicited advice or opinion without others asking.

"Of course!" Simon replied. "It's almost like your full-time occupation now is to be a judge on everything. It's hilarious."

READ MORE: Miley Cyrus In MASSIVE Trouble Because Of THIS!