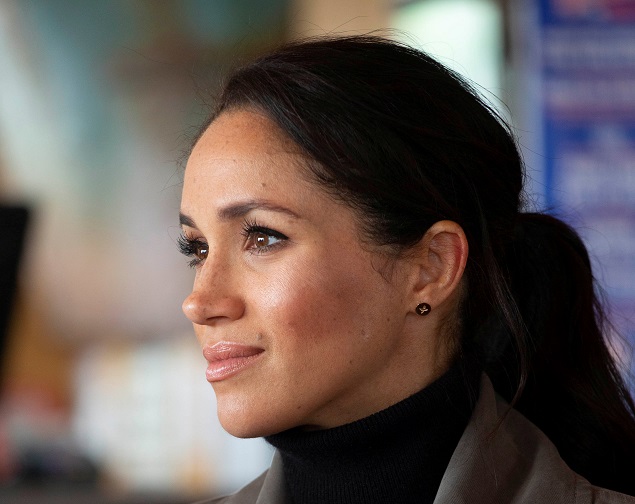 This came after the Canadian fashion stylist and marketing consultant was caught in a war of words with lifestyle blogger Sasha Exeter.

Earlier this month, the 40-year-old Mulroney allegedly threatened to take legal action against the social media influencer after she was accused of "textbook white privilege." For what it's worth, Exeter publicized their feud.

What made matters worse, however, was the fact that Mulroney brought up her connection with the Duchess of Sussex. This action reportedly led to Meghan ending her friendship with Mulroney.

A source told Us Weekly that the former "Suits" star considers her association with her lifetime friend "to be done."

"Meghan could not get over that Jessica brought up her relationship with Meghan when she commented about her 'closest friend' in the discourse with Sasha," the source revealed. "That was hugely offensive to Meghan and the deciding factor for her. Meghan considers the relationship to be done."

In more Meghan Markle news, a different source claimed that their friendship was over even before the scandal was exposed, as the Duchess of Sussex has been "distancing herself" from the Canadian stylist for good.

"Especially now that Meghan is in L.A. and it's a sensitive time, Meghan is being very cautious with her affiliations," the source added.

Unfortunately for Mulroney, she did not only receive backlash from the public because of her feud with Exeter. According to reports, she was also axed from her television gigs, with CTV announcing that they would remove Jessica from the reality show "I Do, Redo."

To recall, tExeter, who is behind the lifestyle website "So Sasha," claimed that Mulorney took offense after she called out social media personalities to use their platform for a good cause and to speak out against racism.

In her lengthy Instagram post alongside a 12-minute video, Exeter detailed her "Amy Cooper" experience -- in reference to the white woman in New York Central Park who called the police on a Black man who was bird-watching.

"I've been silent. Not anymore!⁣" she wrote as she went on and shared her problem with Mulroney.

"I'm opening up about something that has been haunting me for the last week. I have felt like a complete fraud fighting for racial equality and using my voice openly here while letting a white woman silence mine behind closed doors."

The Canadian stylist, later on, apologized to Exeter and vowed to "continue to learn and listen on how I can use my privilege to elevate and support black voices."

She went on and admitted that she should know better after she "lived a very public and personal experience with my closest friend where the race was front and center."

However, it was too late for her because her actions have affected her career and friendship with Duchess Meghan.

Mulroney and the former royal have been friends since Meghan's days in the hit legal television series "Suits."

As cited by Cosmopolitan, royal expert Katie Nicholl revealed that the two had a connection when they first met during a yoga and pilates session in 2011.