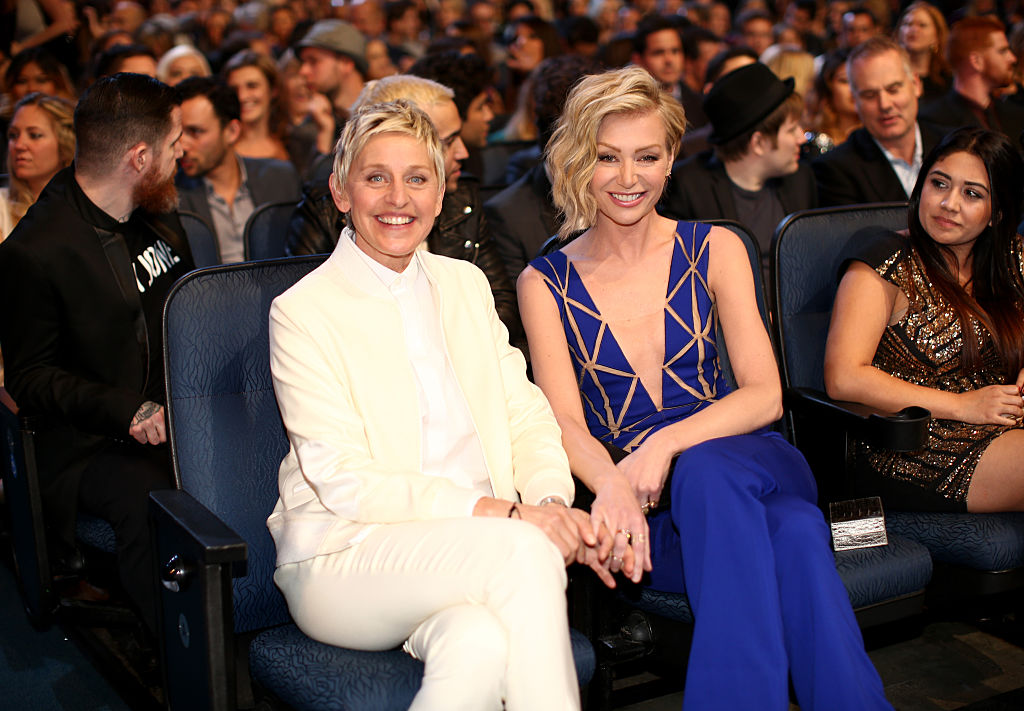 Ellen DeGeneres continues to make headlines this month, with the most recent one was her fear of losing "The Ellen DeGeneres Show" because of low ratings.

But now, the trouble is at her home.

It has been reported that the 62-year-old and her wife, Portia de Rossi, are having tensions at home.

It all started when news of Ellen DeGeneres being mean and fake surfaced in March, having even more things on her plate after the next couple of months.

DeGeneres is said to be losing her sense of control and has been freaking out.

With a home that houses her and de Rossi, the 47-year-old is said to be on the receiving end of all of DeGeneres' frustrations and anger.

On In Touch Weekly's July 13, 2020 issue, it has been claimed that the couple also has been having "huge, nasty fights that would last for days at a time."

One issue that has plagued Ellen DeGeneres and Portia de Rossi's marriage is there have been other women involved.

A source told the magazine, "There have been jealousy issues."

They claimed that the couple has been jealous or suspicious of each other's female friendships.

Right now, it has been said that it's DeGeneres who is more worried.

"She knows Portia is stunning and has seen people hit on her at parties - it drives Ellen crazy," the source continued, "It's still crossed Ellen's mind that another woman could become involved."

This wasn't the first time it has been reported that they have cheated on each other.

In 2016, Ace Showbiz claimed that de Rossi cheated on the "Finding Dory" star with a man.

An insider told them, "This is the end. Ellen and Portia have been squabbling and drifting apart for some time. But for Portia to leave Ellen for a man is the culmination of Ellen's worst fears."

But that news was debunked.

What's Going On With Ellen DeGeneres?

Ellen DeGeneres has been forced to deal with more drama and stress in the last few months.

After comedian Kevin Porter and other people exposed her, several other celebrities and people who worked for her have said that she is a mean-spirited woman.

According to them, she's not the same person on-screen when she is off-screen.

DeGeneres also faced backlash for forcing pay cuts on her show's employees because of the coronavirus pandemic. The staff was even more upset when she hired non-union workers to help broadcast her show from her mansion.

Her worst fear is losing her award-winning daytime show because of the low ratings these days.

Since June, rating for the talk show has tied a season-low, just coming in behind "Dr. Phil" and "Live with Kelly and Ryan."

Ellen DeGeneres is reported struggling with the claims that her sweet persona is all fake.

A source told Us Weekly, "Ellen is at the end of her rope. She thought this was all just sour grapes from a few haters, but it's not a passing thing."

"Ellen's so grateful to have Portia in her life as a soulmate and a sounding board, but that doesn't mean it's been easy," said another source.

Time can only tell if Ellen DeGeneres and Portia de Rossi will head down the divorce route and prove that the In Touch Weekly report is true.