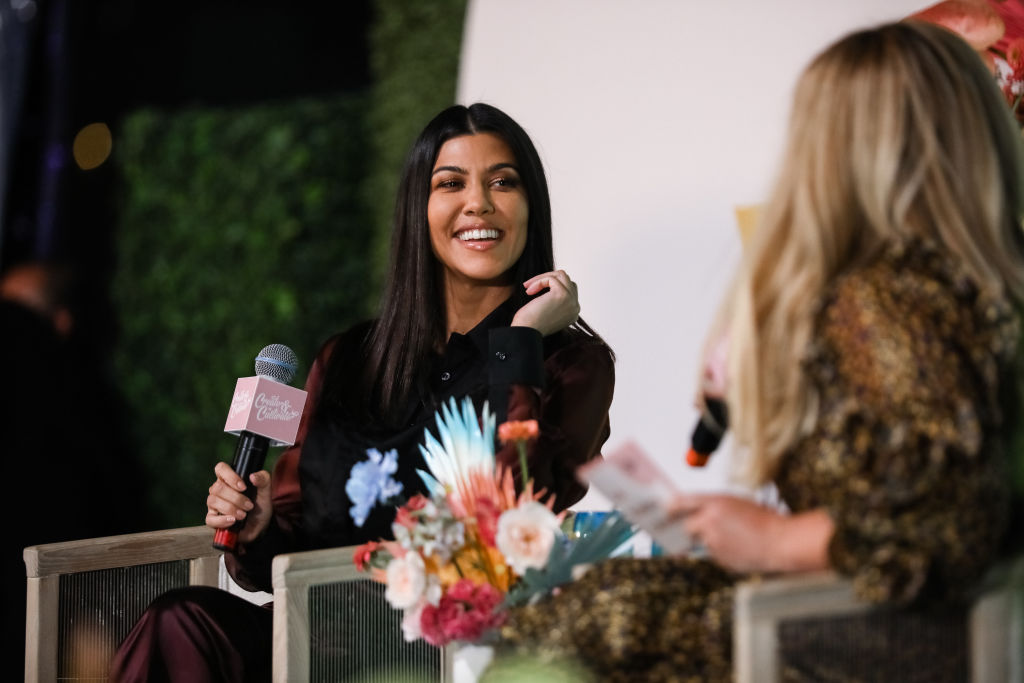 For the past 13 years, the Kardashian-Jenner crew has been opening a part of their life to the public through their reality show "Keeping Up With The Kardashian."

But Kourtney Kardashian -- the eldest among siblings of six -- revealed that the hit reality series about their family eventually became a source of toxicity in her life and has taken a toll on her mental health. This led the 41-year-old star to give herself a break from the limelight and choose her happiness.

In the July/August cover story of Vogue Arabia, Kourtney  opened up about feeling unfulfilled while doing the show, which made her decide to take a break.

"I have been filming the show non-stop for 14 years... I was feeling unfulfilled, and it became a toxic environment for me to continue to have it occupy as much of my life as it was," the cover girl said.

"Privacy is something I have come to value, and finding that balance of private moments with being on a reality show is hard."

During the same interview, the Poosh.com founder also shut down the rumors that she is just lazy to work and contribute to the show. Kourtney argued that she simply chooses to put her energy into something that makes her happy, mainly her kids.

"People have this misconception that I don't want to work, which is not true," Kourtney said.

"I am following my happiness and putting my energy into that which makes me happy," Kourtney told the media outlet."

For the past couple of months that she's been away from the reality show, Kourtney said that she had found herself in a better situation. So much better that she personally wrote how she felt on the Vogue Arabia cover that states: "The power of reclaiming yourself. Kourtney Kardashian sets free."

Kourtney made it clear that she is beyond grateful for the memories and opportunities that "Keeping Up With The Kardashians" has brought her and her family. But with the recent global pandemic, she has shifted her focus on prioritizing a balanced life as a working mom.

The eldest Kardashian also shared that she tries her best to be present whenever she is around her kids and connecting with them.

The mother-of-three revealed that she usually takes one weekend off with no plans at all but to hang out with her kids in the house in their pajamas and no schedule to interrupt their bonding moment.

It could be recalled that earlier this year, during KUWTK's 18th season, Kourtney confessed that she decided to limit her role on the show and be mindful of the parts of her life that she will share to the public.

The life and wellness coach said that she would only agree to film something that would excite her.

© 2021 ENSTARS, All rights reserved. Do not reproduce without permission.
TAGSkourtney kardashian Keeping Up With The Kardashians kuwtk
SEE COMMENT
CLOSE COMMENT