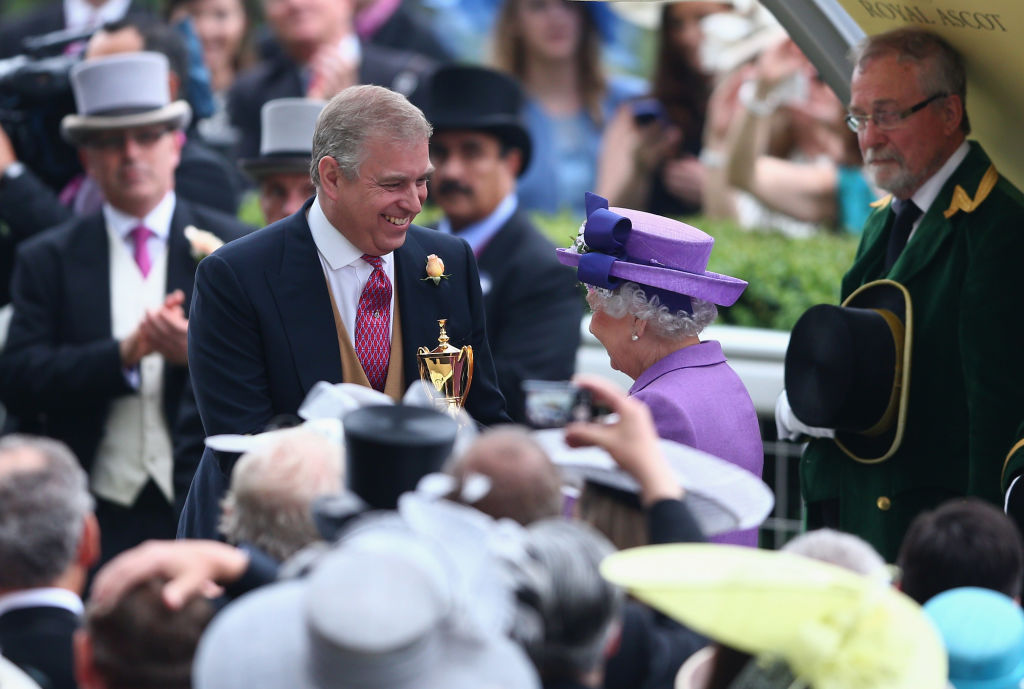 Queen Elizabeth II has forgiven her favorite son, Prince Andrew, so often after years of scandal.

But one thing that made the monarch made her resent the Duke of York was after seeing Ghislaine Maxwell and Hollywood star Kevin Spacey mock her and Prince Philip when they sat on their throne in a visit to Buckingham Palace.

The 60-year-old can't even deny that it didn't happen, as there were pictures of the sex trafficker and the actor sat on the coronation thrones of Queen Elizabeth II and Prince Philip, in what seemed to be a restricted area of the palace.

An insider told New Idea magazine, "She has already stripped Andrew of his public royal role, banned him from representing the crown, and drastically cut his allowance over his ties to Jeffrey Epstein."

"And still, it keeps getting worse."

According to the Australian magazine's report, Prince Charles and Prince William are urging Her Majesty to kick him out of his St. James and Windsor Lodge, where he currently resides with his ex-wife, Sarah Ferguson.

The insider added, "The Queen was always reticent to come down too hard on Andrew because of how it might affect his daughters Beatrice and Eugenie, who she is very fond of."

"But she's starting to see Charles and William's side of things. The longer it goes without drastic punishment for Andrew, the more it seems like she's letting him get away with it."

This comes after reports that Prince Andrew has been told that he should be "very concerned" after Epstein's former madame, Ghislaine Maxwell, lost her legal battle to keep court documents about her sex life.

It was ruled by Judge Loretta Preska yesterday that they should be unsealed within a week, and Maxwell's lawyers have a few days to launch an emergency appeal.

Once the documents become unsealed, the names of the two mysterious "John Does" would be revealed.

Attorney of some of Epstein's victims, Lisa Bloom, told The Mirror that by unsealing them, "Prince Andrew should get ahead of this by cooperating with investigators as he promised to do months ago."

These documents are from a civil case that's different from the current criminal proceedings against Maxwell that are also related to an earlier period.

They would include flight logs that show the Duke of York traveling on Epstein's private jet and unreleased information about the people who were close to Epstein and Maxwell at that time.

Maxwell is currently held behind bars on suspicion of grooming and abusing underage girls with pedophile Epstein from 1994 to 1997.

Maxwell, who denies all the charges, is currently facing up to 35 years in jail for all of the accusations made against her.

On the other hand, Prince Andrew strongly suggested that he cooperate with authorities on the Epstein investigation following his BBC interview about his relationship with the disgraced financier.

However, since then, he has kept a low profile and avoided any further involvement in the scandal and investigations.