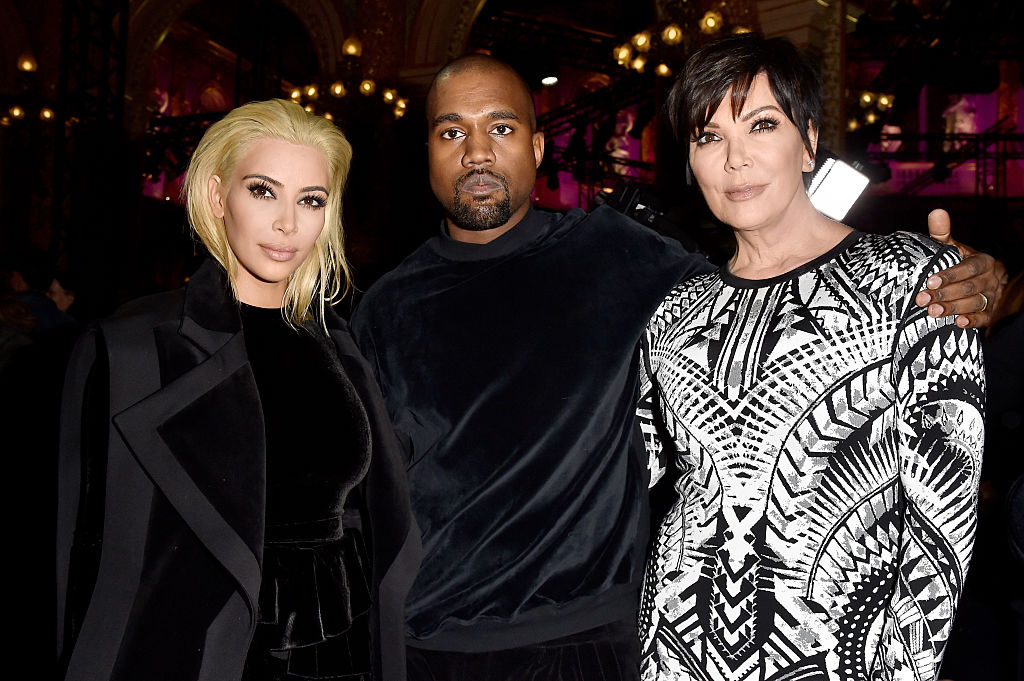 It has been a roller coaster ride for Kanye West and Kim Kardashian the past week.

After the "Jesus Is King" hitmaker had so much to insulting things to say about his wife and his mother-in-law Kris Jenner, it has been said that the momager is genuinely concerned about the impact on their brand if Kanye would continue to run for presidency.

The 64-year-old mom and the 39-year-old billionaire have not only been embroiled with the entire Kanye debacle; the past few months, most of the Kardashian-Jenner sisters have seen themselves in headlines.

This included the youngest daughter, Kylie Jenner, who was stripped off of her billionaire status after it was claimed that the reality star lied about her wealth and taxes.

According to reports, the Kardashian-Jenner clan was surprised when Kanye West announced he is running for office in the 2020 Presidential Election.

With that said, sources have suggested that the entire family is concerned for Kanye for the presidential bid and bipolar disorder and erratic behavior. It could damage the Kardashian brand name.

An insider close to the Kardashian told The Sun on Sunday, "Kris is fuming that he's gone ahead with the presidential bid on his own."

"They had a huge row ahead of him fleeing his wife and family," the added, "The family is concerned that their business and brand endorsement could come tumbling down."

On July 25, Kanye West had sent out a tweet apologizing to Kim Kardashian, and acknowledging his head hurt her.

The 43-year-old rapper asked her for forgiveness and thanked her for "always being there" for him.

Though it was unclear what he was apologizing for last week, he posted tweets, including allegations against his family, claiming that the KKW Beauty mogul tried to lock him up and that he wanted a divorce.

In Kim Kardashian's defense, she also took social media, admitting she felt "powerless" and reminded the fans that her husband has bipolar disorder.

The 26-year-old was pictured in a relaxing chair while speaking to the Grammy-winning musician at Kanye's Wyoming ranch. Hailey Bieber was also there.

It is believed that Bieber has turned into a marriage counselor to mend the six-year marriage of the couple, at the request of Kim's older sister, Kourtney Kardashian, as "she thinks Justin will be a positive influence on him."

A source revealed, "Justin has been through his own very public breakdown, and he wants to help Kanye as much as he can."

Friday was supposed to be the day Kanye West would release his new album "DONDA," but there was no sign of it in any streaming platforms.

The next day, the "Famous" hitmaker was seen in the hospital.

In a report by TMZ, Kanye West entered the ER door of the hospital in Cody, where he stayed for around 10 minutes before leaving.

However, it was confirmed by The Daily Mail that the artist was visiting a friend at the hospital.

Meanwhile, Kim Kardashian was spotted for the first time in public after Kanye West's outburst.

She and their kids, North, Chicago, Saint, and Psalm, have remained in Los Angeles, as they were recently seen filming scenes for "Keeping Up with the Kardashians."

READ MORE: 'Arrogant' Ellen DeGeneres Will Not Renew Her Contract Out of PITY for Other Shows?