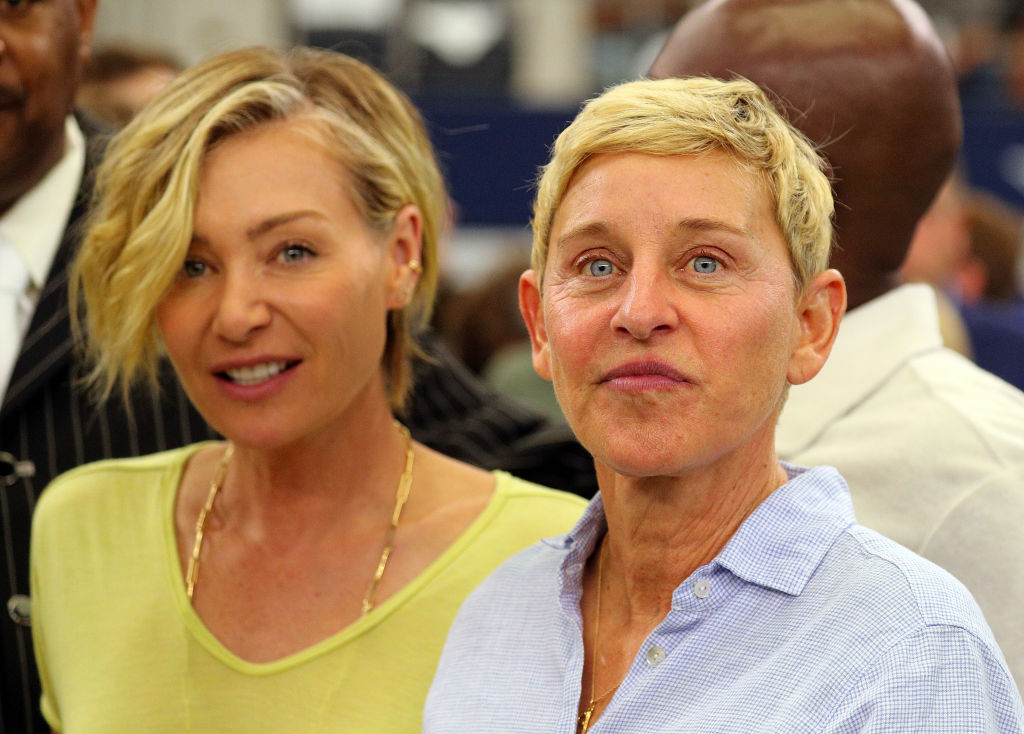 Ellen DeGeneres is said to be on her way to her downfall. After her staff turned her back against her, and then some of her fans, a new report claims that even her celebrity friends do not want anything to do with her.

AS of the moment or forever- it's too early to tell. But at present, celebrities, some of which are even her friends, are starting to show signs that they would rather avoid her in the middle of her already chaotic life.

Ellen DeGeneres has no doubt built her television career from the ground up after she was shunned by the entertainment industry and fans when she came out as gay. It was admirable to see, and for over a decade, amazing to see how she provide her haters wrong while calling for compassion on a daily basis.

However, given all that have popped recently about her true colors on the set, with staff even with non-disclosure contracts speaking up and calling Ellen DeGeneres mean, racist, and a hypocrite, her reputation and brand are somehow dented.

Her house was also recently robbed, so it is safe to assume she's having a truly bad year.

It appears at first that Ellen DeGeneres will still get away with everything. After all, her show "The Ellen DeGeneres Show" is still ongoing, despite poor ratings for the past months. The host herself did not bother reacting to all these revelations about her, making fans choose whom to believe. This is because fans had over a decade to constantly be bombarded with the image of Ellen DeGeneres as generous, loving, compassionate, and funny lesbian who cannot hurt anyone and has helped many. It should not be this easy to take her down.

But US Weekly reported that no, this time, Ellen DeGeneres would face some repercussions, or is already facing them. Even if she keeps mum and tries hard to make people laugh through her show, one source said that some celebrities have become wary of appearing on her show.

They would rather appear on a drama-free talk show like Kelly Clarkson's show. Even though they are not truly believing the accusations, they would rather stay safe and avoid all sorts of drama. After all, being nice to someone branded as racist and mean, is not likely to do wonders on one's career and reputation, true or not the rumors may be.

The source explained, "They're jumping shop. Stars just want to sell albums or movie tickets. They don't want to get caught up in a scandal, and Ellen's brand is toxic."

'The Ellen DeGeneres Show' Will Not Renew

Another source claimed however, that unfortunate as this turn of events may be, this is not bothering Ellen at all. This is because her contract is expiring in 2022 anyway and she no longer has the intention of renewing it. Even if she goes down fast, she no longer has that much to lose.

In fact, she can just enjoy her lavish net worth until the end of days. The source said Ellen has made so much money that she can just switch gears and go to flipping houses instead. Allegedly, the last thing Ellen DeGeneres wants is to overstay her welcome and just leave when she's starting to feel she's unwanted.