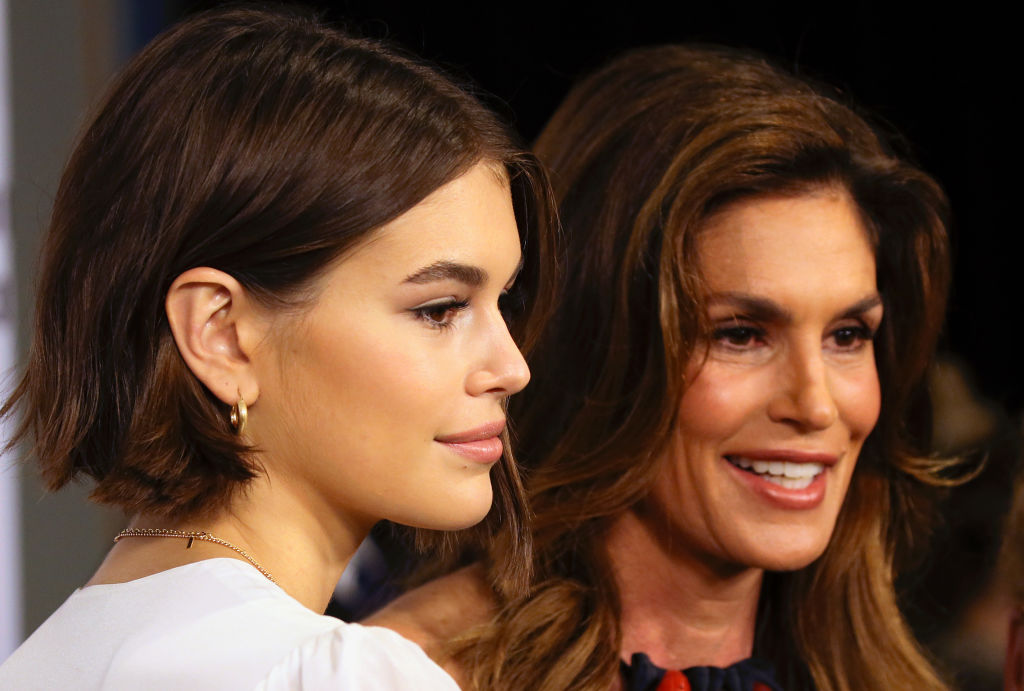 It's sad news for Cara Delevingne if she genuinely has feelings for rumored girlfriend, Kaia Gerber.

According to Woman's Day, Kaia's mom Cindy Crawford allegedly dislikes the model-turned-actress for her daughter.

Though the 54-year-old mom-of-two has no problems with her daughter's sexual exploration, Cindy doesn't want Kaia to date Cara Delevingne.

An insider told the magazine that Cindy Crawford doesn't like Cara's reputation as a party animal.

The former supermodel is also worried sick about Kaia and Cara's blossoming romance.

As of writing, there is still no confirmation that Cara Delevingne and Kaia Gerber are dating.

Speculations only heightened when the two were pictured in a PDA overload at a Black Lives Matter movement rally two weeks ago.

Cara and Kaia were seen hugging each other, holding each other's hand, and was extremely close to one another.

Despite Cara Delevingne and Kaia Gerber have been hush-hush about the real score of their relationship, the 27-year-old "Carnival Row" star has just recently got out of a relationship with "Pretty Little Liars" star, Ashley Benson.

Cara and Ashley dated each other for two years and have broken up in May 2020.

A source told People magazine, "Cara and Ashley always had their ups and downs before, but it's over now. Their relationship just ran its course."

Cara Delevingne didn't just date Ashley Benson, and she also dated a bunch of people in the course of her modeling and acting career.

Though the "Paper Towns" actress doesn't want to label herself except as person-specific.

Here are the other men and women she has been linked to in the past before Ashley Benson.

In 2013, Cara Delevingne confirmed her relationship with British artist Jake Bugg. It was the same year that the model became known in the fashion industry.

That same year, they broke up, seemingly because of their breakup.

It's no surprise that Leo connected with Cara because the A-list celebrity has a strong preference for models.

Rumor has it that Leo asked her to be his girlfriend but turned it down when they were both at Cannes in 2013.

One Direction sensation Harry Styles was linked to Cara in the summer and fall of 2013.

Cara Delevingne and Michelle Rodriguez had a roller-coaster ride of a relationship. They dated for a few months in 2014.

Michelle confirmed their relationship to The Mirror and described Cara as "so cool."

"When we started hanging out, I just thought she was awesome, and we have the best time together."

In late 2014, Cara got together with former "Skins" actor Jack O'Connell. Though it wasn't confirmed nor denied, the model's Instagram post of her man with hickeys confirmed that they were dated at that time.

Miley Cyrus and Cara have never confirmed anything romantic after sharing a French kiss in 2013.

Aside from Ashley Benson, St. Vincent is the girl Cara had another serious relationship with.

Cara Delevingne even gushed about her in an interview with Vogue magazine. They dated for 18 months.