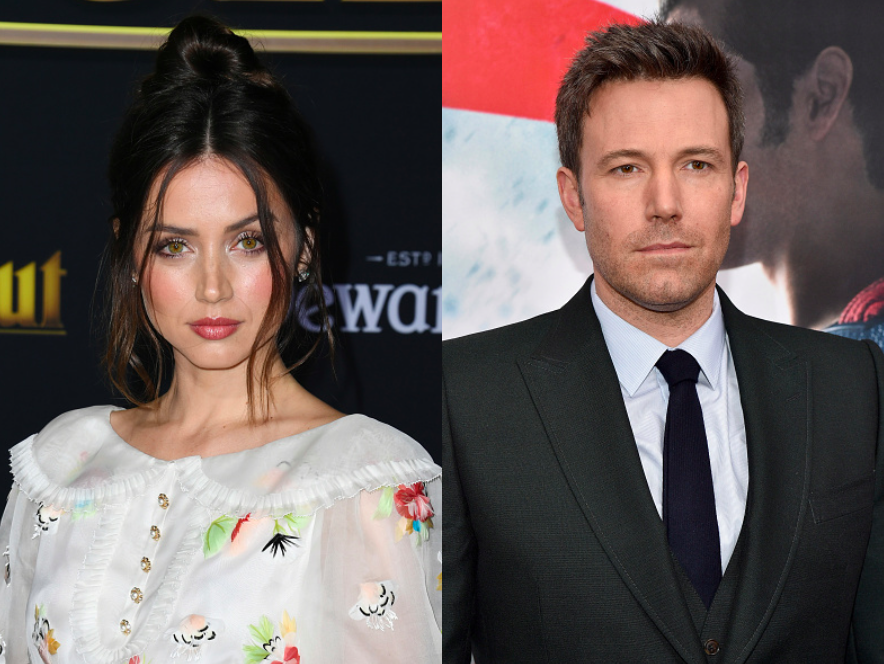 Too bad people aren't going to see Ana de Armas and Ben Affleck together on the red-carpet movie premiere of "No Time to Die."

De Armas will be gracing the big screen as Paloma in the "James Bond" film, which has a scheduled release date for November 20.

Despite being part of the movie, it has been reported that the Cuban-born actress has been ordered by the "No Time to Die" bosses to attend the premiere without her beau.

A source told The Sun that the movie executives want to keep their eyes on the main star, Daniel Craig, and not on Ana de Armas and Ben Affleck's PDA overload.

"The film premiere has been a long time coming, and franchise bosses want the spotlight to be on the stars of the film," the source revealed.

"It would be a disaster if it was all about Ben's mushy PDAs with Ana overshadowing the event."

The 007 film will have its world premiere in the UK in November, with another high-profile launch in the US after a week.

"A circus sideshow is strictly off the menu, and the head honchos want to keep it all on-brand."

"No Time to Die" is said to be the most expensive 007 movie ever created because of its additional marketing costs in connection to the original release dates moving.

Ben Affleck and Ana de Armas have been getting a lot of attention for their numerous, weird and over-the-top public displays of affection in recent months.

This includes kissing while wearing masks over their faces, play-fighting in the street, laughing hysterically at nothing, and many more.

They have been spotted hundreds of times during the coronavirus lockdown, and now that some lockdown restrictions have been lifted, many are expecting to see more of them.

A few months later, they were both photographed in Cuba, and ever since then, pictures of the couple have flooded the world wide web without context or explanation.

Most of the headlines say they are out walking their dog or going to Dunkin' Donuts for coffee, but that's pretty much about it.

Thanks to Women's Health, they talked to a body language expert to take a look at de Armas and Affleck's moves and explained what it means.

Karen Donaldson explains the picture were Ana de Armas laughed her butt off where her eyes are closed, and her head is tilted back.

"This tells us that she is completely and genuinely amused with whatever took place, whether it was what been said or did."

Even though the paparazzi were there and know it, Donaldson said de Armas has her guard down with Affleck as seen on her body language.

"Her stance is a display of fearlessness, and tells us she's carefree and unconcerned about anyone else."

In one photo where de Armas seemed disconnected but still has her arm around Affleck as if pulling him firmly, Donaldson explained how the actress always trusts her boyfriend.

"Her pulling him closer tells us she leans on him for support."

And with the "Batman" star Ben Affleck's hand in his pocket, the body language expert revealed that the dad-of-three kids is assured and feels confident as de Armas' support system.