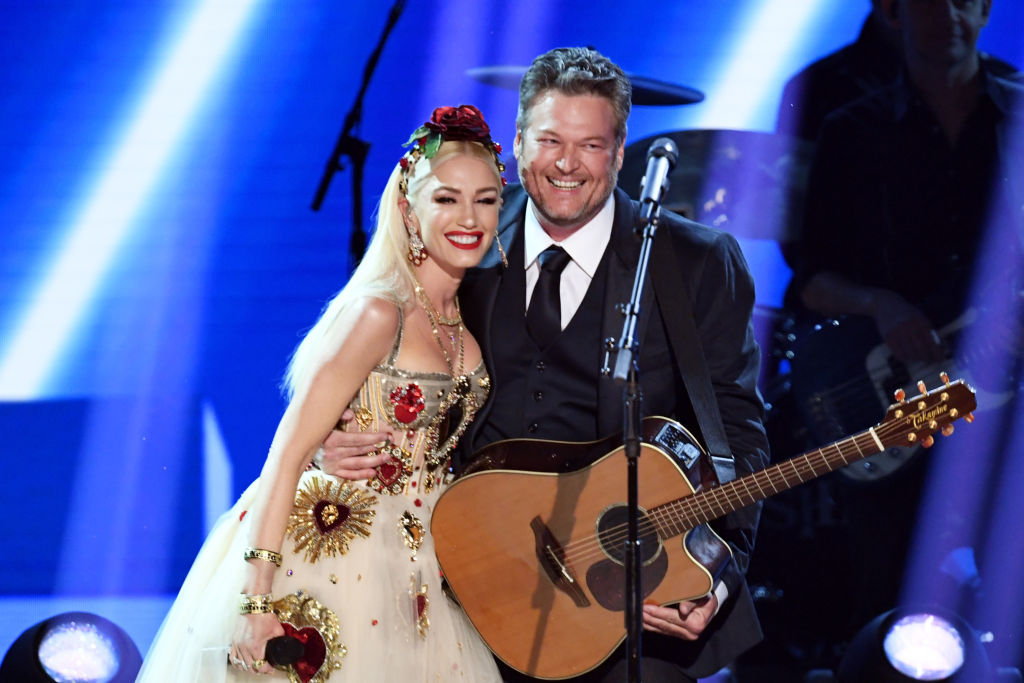 Gwen Stefani is reportedly worried about her fiancé Kelly Clarkson being too cozy his "The Voice" co-coach.

This is why the "Hollaback Girl" hitmaker is returning as one of the judges in the 19th season of "The Voice."

Her comeback in the singing contest was already confirmed in June, and the singer has also announced her return on social media.

But the real reason why Stefani is coming back to the show is that she's coming between Blake Shelton and Kelly Clarkson, as per Globe.

An unnamed source told the magazine, "Gwen won't let Kelly and Blake out of her sight! She's not taking any chances."

Back in June, Kelly Clarkson and her husband Brandon Blackstock said that they were divorcing.

According to Globe, Gwen Stefani's jealousy started when the country singer comforted the former "American Idol" star and gave her a shoulder to cry on since her divorce.

And because of that, Stefani allegedly "flipped," so by returning to "The Voice," she will be able to closely watch her boyfriend and fellow judge.

The unnamed tipster claimed, "I get why Gwen is pissed. Suddenly, Blake's on the phone and texting to comfort Kelly, who happens to be attractive and talented."

They claimed that Shelton asked Stefani some space already since the two practically lived together.

A source told the magazine, "Gwen wants to be with Blake 24/7, and although he loves spending time with her, sometimes it can be too much."

They added, "They live together, they record together, perform together, and now they're going to be working together on TV again. It would be a lot for anyone to deal with."

However, these two stories have been debunked by Gossip Cop, saying that these articles are nonsensical.

Though there is still no date of a wedding, insiders told the National Enquirer that Gwen Stefani and Blake Shelton are already talking about prenups.

"Both of them have been married before, and they both hope this marriage will last a lifetime, but they have no illusions," the insider revealed.

The two are worth about $100 million, so they will surely have to protect their fortune.

Gwen Stefani was once married to singer Gavin Rossdale, while Blake Shelton was married to country singer Miranda Lambert.

The two practically filed for divorce a month after the other.

Stefani filed for divorce, agreeing to irreconcilable differences with her husband of 13 years.

Since then, the two have been flooding social media with their PDA.

On "The Voice," Shelton's frenemy Adam Levine has been replaced by Stefani, now she's the most important person in his life.

Speaking about Stefani in an interview with the Rolling Stone, Blake Shelton said, "If you had told me that that's who I'm gonna end up with, I would have thought you were crazy."

(Photo by Kevin Winter/Getty Images for The Recording Academy)