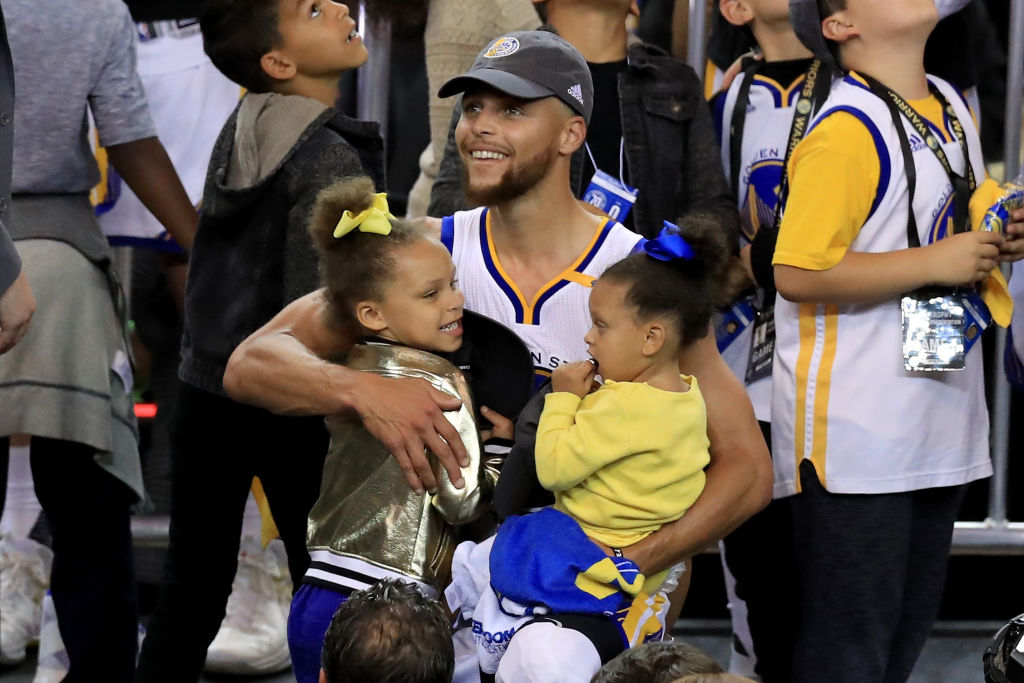 Stephen Curry's family is one of many talents. His daughters, Riley Curry and Ryan Curry, proved as much on Saturday.

On Instagram, their mom Ayesha Curry uploaded a video f the two dancing to Beyonce's "Black is King."

Of course, the ever-energetic Riley took the spotlight with her awesome dance moves. Meanwhile, the 5-year-old Ryan was more than satisfied to let her elder sister take center stage (or pickup truck), as she only sang along the tune while wobbling her head.

Anyone also noticed Riley's yellow kicks? It's probably her secret to breaking down such awesome moves!

It certainly looks like Riley and Ryan have a bright future in the entertainment industry. While their dad has the smoothest shooting stroke in the NBA, the two -- particularly Riley -- appears to be on their way to having the slickest dance moves.

Fans are surely hoping they'll get to see the two dance with their father in a Golden State Warriors game. After all, everyone knows Steph can move his body -- especially when he shimmies on his opponents after hitting a 3-pointer.

Hopefully, when the 2020-21 NBA season comes, the Currys will grace the Warriors' Chase Center arena with their talents.

While Steph, Riley and Ryan made headlines, it is also worth noting that Ayesha made waves recently for her body transformation.

Last May, in the midst of the coronavirus-forced quarantine in the United States, Ayesha showed off her sexier body after spening a lot of time exercising and losing weight while stuck at home.

While not everyone was happy about her post -- particularly because of her past issues about sharing bikini photos -- she still got a lot of positive reactions. In fact, here at Enstarz, we declared her as the quarantine bikini queen (or at least a contender for it).

Indeed, Stephen Curry and her family are a must-watch everyday -- be it on TV or social media.