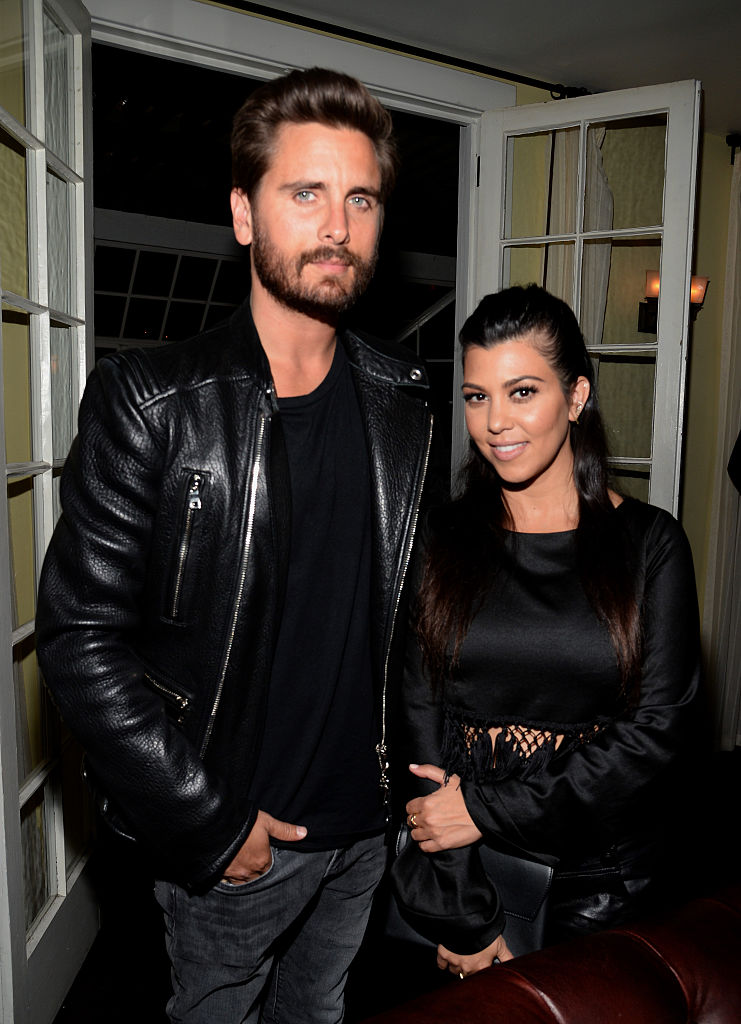 Scott Disick and Kourtney Kardashian are just one of the many celebrity exes who prove that friendship can work even after a long-term relationship and rough breakup.

Even after separating for years now, the 41-year-old "Keeping Up With The Kardashians" star and the 37-year-old entrepreneur has remained friends and maintained an excellent co-parenting relationship for their three kids namely, Mason, 10, Penelope, 8, and Reign, 5.

While the exes have now their separate love and have a purely platonic relationship, it looks like Scott could not help but gush over his stunning wife's recent thirst trap post.

In an Instagram entry on Tuesday, Kourtney shared a sultry swimsuit image taken from their recent family glamping trip to Idaho.

The "Poosh" founder looks stunning in a metallic one-piece swimsuit while lounging on what appears to be a yacht with a wooden interior.

"Lake ya," Kourtney wrote on the caption.

Kourtney Kardashian looks so ethereal that her former partner for nine years could not help but slip some flirty comments for the mom of his kids.

"What a lake er," Scott wrote in the comment section.

It turns out that Scott and Kourtney were together on the said lake stroll while on holiday at Coeur d'Alene with their children. The family was also joined by their industry pal, E! News host Jason Kennedy.

Aside from Scott, other followers and friends were also in awe of Kourtney's figure and received nothing but praises.

"I remember this one - almost started a (fire emoji)," Jason Kennedy added.

Scott's coy response came after the rumors that he rekindled his romance with model Sofia Richie.

The exes relationship could be traced back in 2005 and had a first public split up in 2015 due to Scott's alleged alcohol issue.

They eventually get back together after the birth of their first son, Mason, but eventually split again after five years.

Despite the cheating allegations on Scott's part, the duo maintained an excellent co-parenting relationship. They also went on dating other people, with Kourtney going out with model Younes Bendjima from 2016 to 2018, while Scott dated the 21-year-old Sofia Richie.

Scott and Sofia sparked breakup rumors after the "Talentless" CEO once again submit himself in rehab. But they reportedly rekindled their romance last Fourth of July.

However, a source recently revealed that Scott and Sofia's relationship had taken a slow phase right now as the father-of-three is making an effort to focus on himself and his family.

"The relationship has taken a bit of a backseat, and it's not either of their main priorities right now," the insider told Us Weekly.

But Scott-Kourtney shippers should calm down as this doesn't mean the parents are on their way back to each others' arms.

"Scott and Kourtney are really close, but there's nothing there besides them being co-parents and best friends," a source revealed.

"Scott will always love her, and she'll always have a place for him, but she's telling friends she's actually happy being single right now," the source added.