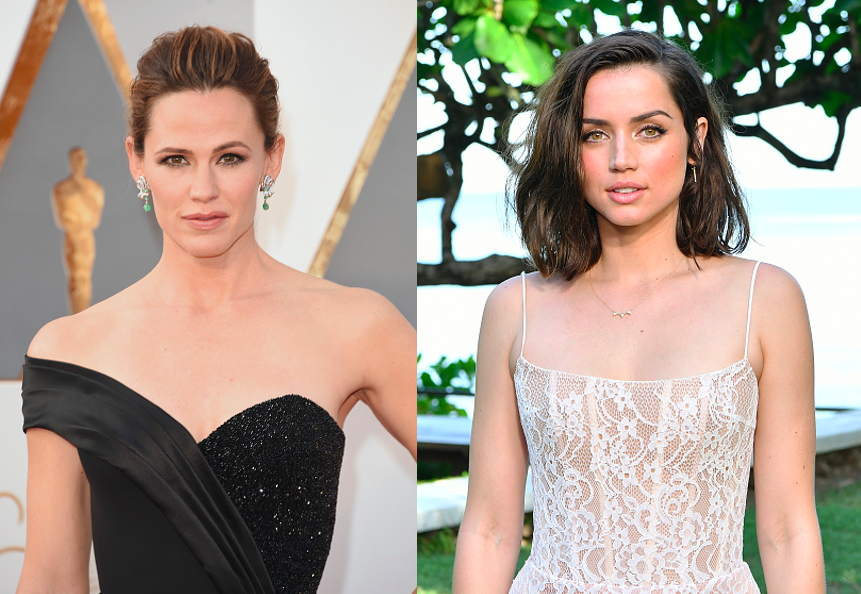 Ben Affleck's girlfriend, Ana de Armas, has recently stepped into an even bigger role in the "Batman" actor's life.

Currently, the Cuba-born babe is allegedly playing the role of mom to his youngest kid, Sam.

According to the National Enquirer's source, the 8-year-old and de Armas have "gotten close while comforting and helping him with the household transition."

National Enquirer alleges that among the three kids of Jennifer Garner and Ben Affleck, Sam struggles to cope with the transition, perhaps because of his age. He is the youngest in the bunch, before her sisters Violet (14) and Seraphina Rose (11).

The publication's insiders further reveal that Affleck has been taking care of his kids under a new co-parenting plan with Jennifer Garner.

It has been not easy to have a back-and-forth situation with the kids, and sources told the National Enquirer that it took a toll on their children.

"Bouncing between homes has been hard on them," one source revealed.

However, Ana de Armas is said to be happy lending a hand to her boyfriend and his ex-wife as "she has helped calm Sam," with Ben Affleck also becoming a "super dad."

Unfortunately, Jennifer Garner, who recently split from her tech CEO boyfriend, John Miller, has helped Affleck through his relapses and isn't happy with how the kids spend so much time away from her.

As per the publication's source, the "Alias" alum has been meeting her lawyers to "try and work out an equal schedule."

But this wasn't the only thing that upset Garner.

A few weeks ago, news claimed that Ben Affleck was having a difficult time choosing between two of the most important ladies in his life - his ex-wife and the mom of his kids, or his current girlfriend.

According to the grapevine, Ben Affleck and Ana de Armas is making it so obvious that they're smitten with each other. However, de Armas thinks that everyone knows her beau is still desperately in love with his ex-wife.

"She'll always have his heart."

Jennifer Garner and Ben Affleck have been making headlines this past few weeks after her breakup and recent outing with former "Alias" co-star, Bradley Cooper.

Star Magazine reported that Affleck is jealous of Garner and Cooper's relationship.

Woman's Day New Zealand also revealed that the "Hangover" actor had helped Garner understand what went wrong with her marriage to Affleck.

A source told the magazine, "He was the first guy she opened up to. It's has been hell for her losing Ben when she worked so hard on that marriage, but he was more interested in liquor."

New Idea claimed that Jennifer Garner and Bradley Cooper's inner circle are thrilled to take their relationship to the next level.

Speaking of Ben Affleck, the source revealed, "He was always a bit jealous of Jen and Brad's connection during their 'Alias' time together."

With all these different stories from different magazines, it's best to take each with a grain of salt. There has been no confirmation that Garner is seeking legal help to give herself more time with her kids, as well as the blossoming relationship between Garner and Cooper.