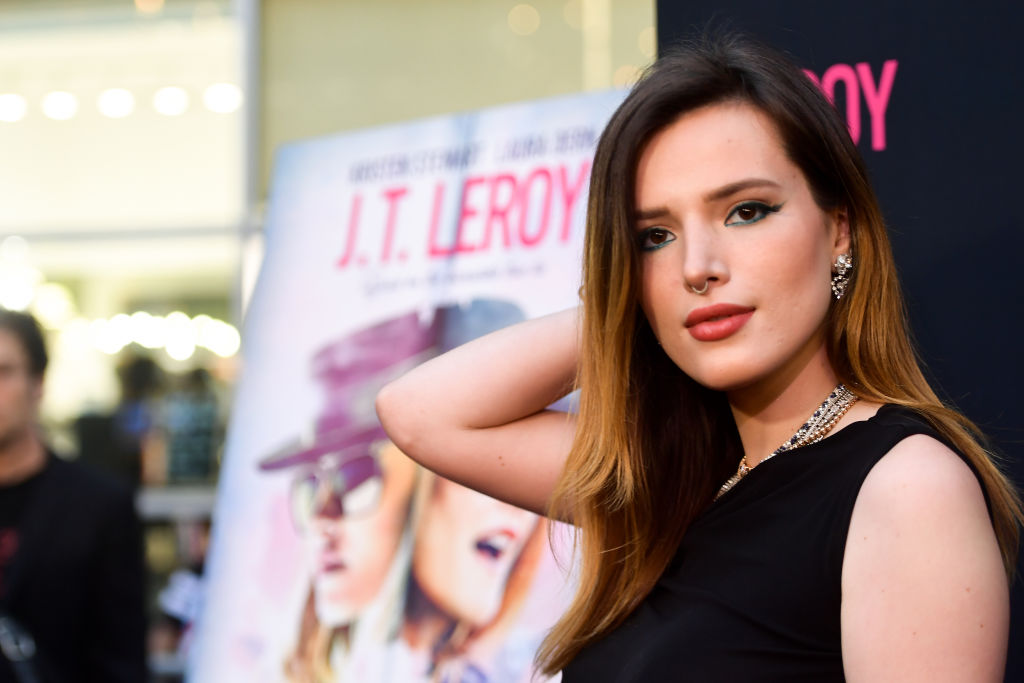 Ex-Disney star Bella Thorne not only made an adult content site crash when she joined, but she also earned a whopping amount in just one day from it.

Bella broke a record by the known paid subscription service of adult content, OnlyFans, by earning $ 1 million just on her first day. It is not that surprising though, considering that she caused the site to crash when she launched her profile.

According to a representative from the site, which has been popular as a paid X-rated content platform used by adult performers and influencers themselves, it is the first time that someone earned that much in a span of 24 hours. Being a former Disney star probably has something to do with it, although there are other popular personalities who have joined the site already.

Examples of notable personalities who have also joined OnlyFans are Cardi B and "Real Housewives of New York" star Sonja Morgan.

It is possible to join the site and create fun, attractive content without necessarily baring it all though. Cardi B herself shared a disclaimer on her page that she would not be baring her private parts.

Even if she has earned so much, the most risqué thing that Thorne has done so far was be active on the profile, answering each and every DM she received.

In this time and age, doing that is as risky as showing off skin.

Bella Thorne Wants to Get to Know Fans 'At Personal Level'

According to reports, Bella Thorne is doing this to get to know possibly all her fans better and on a personal level. Apart from answering questions, she had been sharing never-be-seen photos and videos.

Per sources of Page Six, the "Midnight Sun" star's rate is fixed at $20 a month for subscribers. This is not a heavy price to pay for fans, but it can be such a lucrative deal if Thorne gets a large fan base willing to pay to see photos and content not just shared anywhere.

Creators on OnlyFans earn 80 percent of their subscription revenue. Fans are even allowed to give tips to their favorite creators, who can also keep 80 percent of those.

It was only a week ago when Thorne took to her Instagram to announce that she has joined the notorious platform, much to her fans' wonder and dismay at the same time. Some could not believe she has grown while others pondered on how quick time has flown.

Others are just dismayed that she is taking such route. Thorne seems not to care though, because her Instagram photo showed her in a bikini as well as a diamond-encrusted necklace spelling the word "sex."

She has grown, alright.

However, regardless of the mixed reactions, it is apparent that she has a solid fan base that is willing to see her anywhere they can. When she launched her page, Thorne temporarily crashed the OnlyFans site, signifying people's love and well, a cannot-be-hidden curiosity.