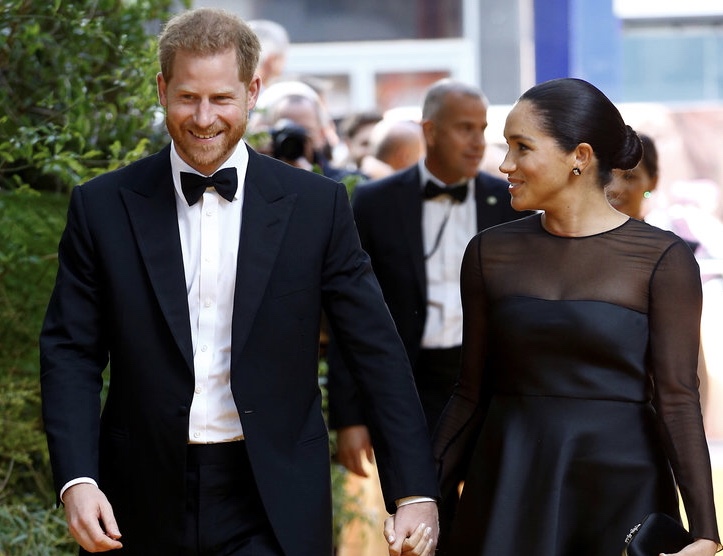 Prince Harry and Meghan Markle are finally going to be part of a big production deal that could help them climb up the Hollywood ladder.

The Duke and Duchess of Sussex could get about $150 million with their upcoming Netflix deal, according to The New York Times.

However, the world knew about it first before the royal family, and it may have been a form of betrayal for Queen Elizabeth II.

A source revealed to The Sun, "Harry did not inform the Queen about the Netflix deal."

"Her Majesty is all too aware of the pitfalls of when senior royals embark on lucrative projects - Prince Edwards' production flop and some of the deals Sarah Ferguson has signed over the years, to name a few."

The 94-year-old monarch is said to be making everybody aware that the royals are not for sale.

"Her view is simple - the Royals are not for sale and danger surrounds high profile outside of the institution itself."

Unfortunately, even the head of the United Kingdom knows that it's hard to reason with Prince Harry and Meghan Markle.

"But knowing her grandson Harry as she does, the Queen will know there would have been little chance of talking Harry and Meghan out of it."

Though the Duke and Duchess of Sussex may have failed to let Queen Elizabeth II know about the Netflix deal, it has been reported that Buckingham Palace will watch over this deal closely.

The deal would be "scrutinized," significantly as Prince Harry and Meghan Markle are still paying for the renovation of their former home at Frogmore Cottage.

A tipster told The Mirror, "Harry and Meghan did leave as working members of the family with everyone's best wishes, and it is sincerely hoped they find the happiness that appeared to be lacking in their lives."

"However, it goes without saying the royal household will scrutinize any deals they are making."

They added, "Under the terms of their deal to forgo their royal duties, they agreed any commercial deals would be subject to discussion."

According to The Times, Prince Harry and Meghan Markle's production deal with Netflix would "inform" and "give hope" to the audience.

The 39-year-old mom and the 35-year-old dad, who has never produced a TV show, will be creating documentaries, movies, scripts, and kids' programs for Netflix's millions of subscribers.

Rumors claim that the multi-year deal will be around $150 million, but Hollywood insiders are skeptical about the couple going to get that huge amount.

A top producer told Page Six that the couple couldn't get that kind of money, and instead, will only get more than $2 million per year for the deal.

Other insiders told the publication that the couple "will be producers and not content creators."

"Hollywood is all about 'comps. If I were their agent, I would've asked Netflix to give me the Obama money."

The amount of their deal is said to be up for debate. Most of the details remain under wraps.

However, despite the projects, Meghan Markle, whose last acting stint was in the drama "Suits," will not be making a comeback to acting.

READ MORE: So What Royals? Prince Harry, Meghan Markle Disgust Parents Because They Got Special Treatment