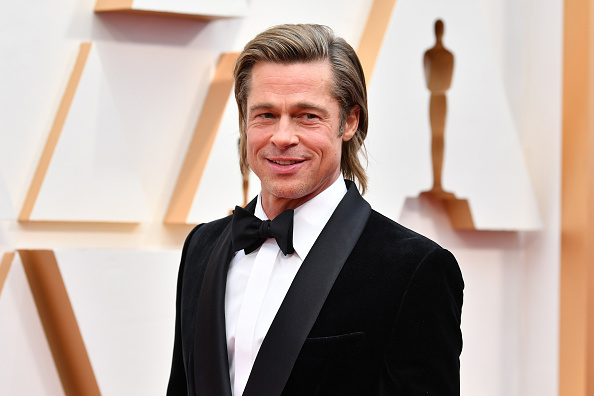 Nicole Poturalski is getting all the media attention after being linked to Hollywood A-lister Brad Pitt.

It came after the "Once Upon a Time" actor was photographed arriving at the Le Castellet Airport alongside the German model as they headed to South of France last month.

Moreover, an insider revealed to People magazine that the two are "spending some time together on vacation and are enjoying each other's company while traveling."

Following the news about their romance, the 27-year-old model is being accused of using the Academy Award winner's connection in Hollywood to help her land an acting career.

A source told The Sun that Poturalski has been seeking to "pursue her love of acting and carve out a career for herself in Hollywood," of which the father of six is willingly supporting her as he connects the model to industry executives.

Furthermore, Pitt is reportedly giving her advice about the ins and outs in Hollywood,

"While Brad's assured her he has the connections and ability to help turn Nicole into a star, he wants to ensure she works hard at it like he did and doesn't expect an easy ride just because of her link to him," the source furthered.

Although Poturalski has the leverage of entering the entertainment industry, the "Ad Astra" star reportedly told Nicole that she "had to prove" that she is worthy of the role.

"His production company Plan B has a string of upcoming projects in the works, but he's insisted she has to prove to not only him, but his team that she's worthy of a role, which is something she understands and very much respects."

Multiple reports previously cited that the brunette bombshell is in an "open relationship" and is still married to the 68-year-old German restaurateur Roland Mary, with whom she has a son.

Interestingly, Mary, one of Pitt's friends, is apparently aware that his wife is dating the "12 Years A Slave" star. Nicole reportedly met the Hollywood actor in Mary's Berlin restaurant, Borchardt.

On the other hand, his new relationship with his ladylove reportedly sparked outrage. According to rumors, Brad Pitt's ex-wife Angelina Jolie is said to be "furious and utterly stunned" that he brought her to Chateau Miraval.

To recall, the French estate is the former power couple's love nest where they secretly got married.

According to The Mirror, everyone was so happy about Pitt's new relationship, except the "Maleficent" actress.

"It grosses her out that he's cavorting around Europe so publicly with this girl, instead of keeping a private and dignified lid on his love life," the source said.