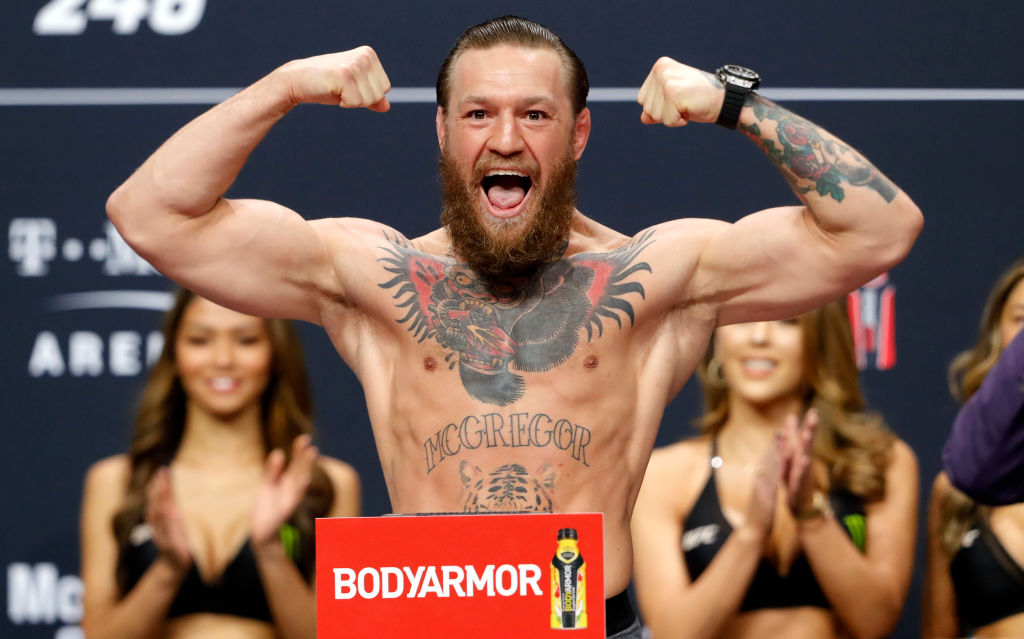 Conor McGregor was taken into police custody in Corsica for an alleged sexual assault and incident exposure complaints.

According to reports, a young woman filed a statement claiming that the Irish mixed martial arts star sexually assaulted her and showed off his male genitalia. It took place in Calvi's port town, where McGregor said to have a heavy drinking session last September 6, 2020.

"Following a complaint filed on September 10 denouncing acts that could be described as attempted sexual assault and sexual exhibition, Mr. Conor Anthony Mac Gregor was the subject of a hearing by the gendarmerie services," the statement from a Corsica official reads.

This led the authorities to raid McGregor's $3.8 million yachts known as "Dave Ocean." Together with his bodyguards, the UFC star was taken to local Tramariccia Gendarmerie on Friday, where an examining magistrate and judicial police questioned him.

The so-called "Notorious" went to the south of France for a holiday. He went straight to Corsica to prepare for a 180km water-bike relay race from Calvi to Monaco. McGregor led a four-member called "Team Notorious" and compete against the defending champion, "Team Serenity."

On Thursday, the 32-year-old, the former Ultimate Fighting Championship featherweight, and lightweight champion was locked up but was eventually released on Saturday.

Based on the statement released by Bastia prosecutor's office, they rejected the complaint, "denouncing acts that could be described as attempted sexual assault and sexual exhibition."

On Saturday, McGregor was eventually freed from police custody without any charges. According to the Agence France Press, the UFC star's representative, Emmanuelle Ramon, called the complaint as "abusive."

"Conor McGregor vigorously denies any accusation of misconduct. "He has been interviewed and released," Kessler told ESPN.

McGregor's manager Audie Attar of Paradigm Sports Management, said: "I am irate and putting out a warning loud and clear: Conor McGregor is not and will not be a target for those seeking to score a headline or a payday."

According to the Daily Mail, after McGregor's release, the UFC star is currently waiting for the result of his "key physical test," which includes alcohol and drug tests, before authorities decide if he will be re-arrested over the sexual assault and exhibitionism complaints.

"Key physical tests were carried out on the suspect, but the results will not be known until after the weekend," an investigating source said told the news outlet.

"These tests are of a routine nature following incidents like this, but they take time to make sure there is no doubt about them," the source added.

The insider also claims it is possible that the incident was filmed as it took place in a bustling area where there are CCTVs around.

"Lots of holidaymakers would also have been filming and taking pictures on their phones, so they also need to be spoken to," the source continued.

McGregor even tweeted about USADA raiding his yacht for testing.

"I've retired, guys! But go on then, I'll allow them test me. It's all-natural here, baby!" McGregor wrote.