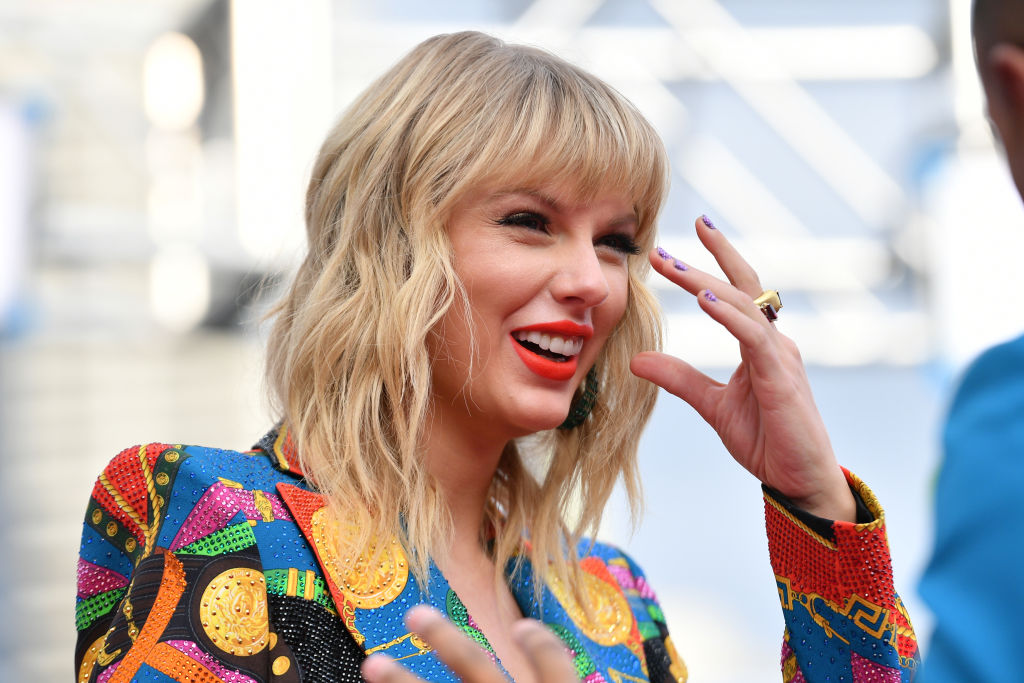 Taylor Swift has her all hands on board for the possible movie adaptation of her hit song, "The Last American Dynasty."

The said song came from Taylor Swift's record-breaking album "Folklore" which fans have been raving about since it was launched in July 2020. One of the tracks that sparked the curiosity of the millions of Swifties worldwide is the song "The Last American Dynasty," which talks about a widow getting revenge on the town that cast her out.

While the 30-year-old pop star admits that her latest album is composed of songs based from both real-life experience and fictional stories from her imagination, sleuthing fans eventually found out that "The Last American Dynasty" is based on the story of Rebekah Harkness - the previous owner of Taylor's sprawling Rhode Island mansion.

As the song suggested, Rebekah was a divorcee who married to the Standard Oil fortune heir, William "Bill" Hale. The couple bought a home and called it "Holiday House," which refers to Taylor's grand 11,000 square foot mansion she bought for $17 million back in 2013.

Fans were obsessed with how Tay-Tay turned history into a song, which somehow is connected to her personal life. While many applauded the pop start's genius songwriting skills, one fan recently suggested how Taylor could turn the song into something even bigger.

Just recently, a fan took to Twitter and suggested that her Rhode Island mansion could be the perfect setting of an incredible movie inspired by the song, "The Last American Dynasty."

"The Last Great American Dynasty' would make an incredible movie," the fan wrote on Twitter.

"The story is timeless yet unique, the music would be exquisite, and it already has the perfect title," the fan added.

If you've been listening to the said Taylor Swift track, you'll know that making a movie adaptation of the song is quite a good idea. Who would not want to know what happened to Rebekah and what lead her to take revenge on the town that outcasted her? Interesting plot, right?

The fan even had a whole cast in mind, which include Tay-Tay's close friends, Blake Lively and husband, Ryan Raynolds.

Surprisingly, the tweet went viral on Twitter and reached the respective actors, leading to an availability check of who is on board with the possible project.

Meanwhile, the possible leading man, Ryan Reynolds, seems to have some reservation and quipped with his reply saying: "But Bill's heart?" referring to the rich husband of Rebekah, who died of a heart attack in 1954.

Of course, the tweet also reached the pop star who was blown away by the idea and immediately gave her big thumbs up for hypothetical film-planning.

"Not trying to be 'The Loudest Woman This Town Has Ever Seen' but... I LOVE THIS," Swift wrote.

Exciting, right? We're pretty sure some of the bigtime producers are already coming up with their own pitches to get rights to the film adaptation. Let us just wait and see how this idea would develop.