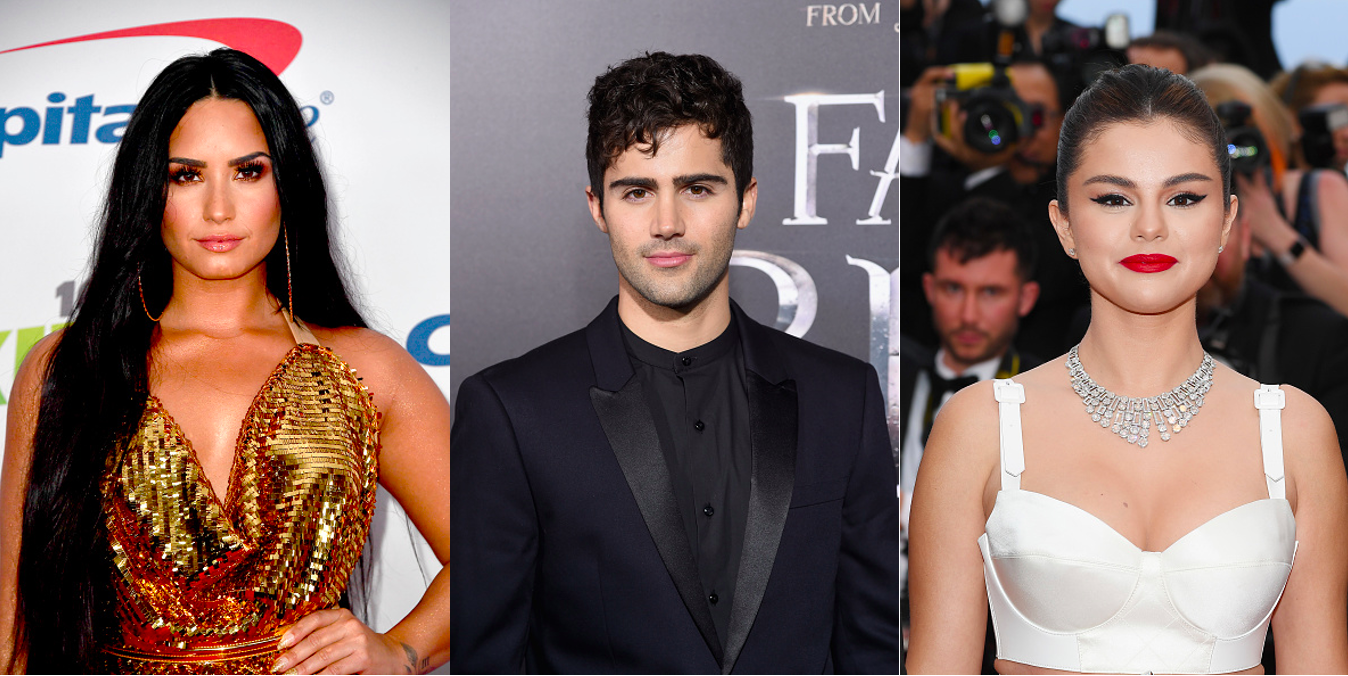 It must suck to find out that your fiancé was once in love with your ex-best friend; this is in the case of Demi Lovato.

Max Ehrich, her future husband, was obsessed with Lovato's former friend Selena Gomez, tweeting about how he wanted to marry her on his Twitter several times.

Ehrich's twitter account has since been deleted, making it impossible to verify if the tweets were really from him. However, fans were quick to take screenshots.

Luckily, J-14 was able to write about his old Twitter posts about wanting to marry the "Wizards of Waverly Place" actress back in June. The articles were published shortly after they announced their engagement.

Uh oh does that mean she can see all your tweets about being in love with Selena Gomez??? pic.twitter.com/Bl4yR01AKD — (@SelOnTheBrain) July 26, 2020

Singer Ryan Garcia tweeted and asked if Gomez would marry him, saying, "When I win this fight will Selena marry me? Probably not, but gives me more motivation," to which the 29-year-old responded with, "You'd have to fight me first."

Apart from his old tweets, Max Ehrich also gushed about the Rare Beauty creator in an old Instagram Live, addressing his tweets about the Disney alum and his long-standing crush.

He started, "I think she's an extremely, extremely talented girl, and I've had a major crush on her since 2010."

"And my teenage self said it in an interview as well, so it's been this ongoing thing, but then I put it out on Twitter, and I didn't even realize that people would catch that seriously."

Ehrich said he admired Gomez for being an activist as she has a "great heart," adding that her heart is "in the right place."

He also likes how Gomez is also religious, calling her an "angel."

He continued, "but yeah, I think Selena Gomez is an extraordinary woman."

Max Ehrich's wife-to-be Demi Lovato seemed to be furious with the new revelations that she called the old tweets as fake.

The 28-year-old singer-actress took to her Instagram Story to address the screenshots and tweets, saying, "It's really sad when people FAKE images to put women against each other. If women have a conflict, that's between them. NOT YOU."

She also told fans and tabloids to quit making fake drama and instead confront issues that matter like seeking justice for Breonna Taylor of the Black Lives Matter movement.

Twitter users were having a field day with Lovato.

They mentioned her in several tweets. One of the tweets showed the Instagram Live clip, where Ehrich discussed his crush on Selena Gomez.

Other fans of Demi Lovato feared that perhaps the former soap opera star was using her. After all, they got engaged after dating for less than five months.

One twitter user said, "Max Ehrich is a creep that has tried to get famous women's attention for years (especially Selena Gomez.)"

Another said, "He is a clout chaser and was even commenting on many other women's posts a few days before he got with his fiancée, Demi Lovato."

Selena Gomez and Demi Lovato were once friends, but in an interview early this year, the "Don't Forget" hitmaker said they weren't anymore.