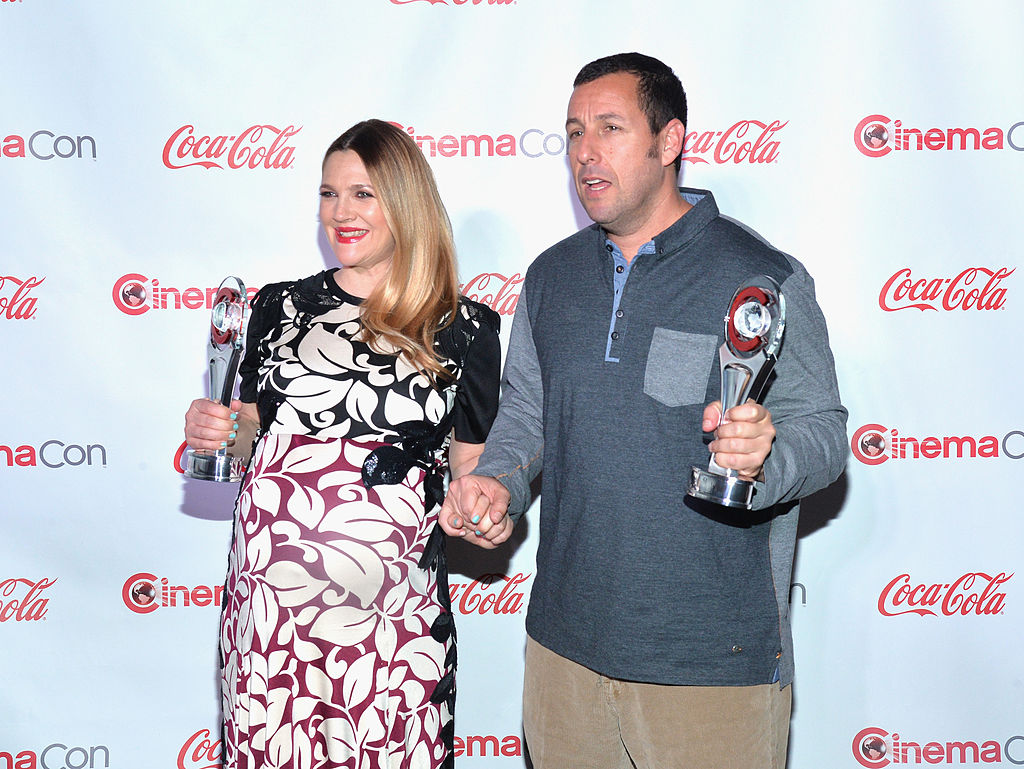 On Monday, September 14, Barrymore officially launched her brand new talk show. While the premiere was already an exceptional event, Sandler made it even more special by partnering with Drew for a skit of one of the best moments from their popular 2004 romantic-comedy film.

"Hi Lucy, good morning," Sandler delivered the line while in character. "It's me, Henry. We are on I think our 5,000th date together and it's been great. I'm going to catch you up."

In the film, Barrymore played the character of Lucy who is suffering from amnesia. Whenever she wakes up, she keeps on repeating a specific date -- never moving on from it.

In the on-the-spot reboot, Sandler set the scene on what life is like now years after the movie happened.

"It's also 2020 and we're also in the middle of a pandemic, which is a terrible thing," Sandler told Barrymore. "Baseball games are now being played in front of cardboard people."

Drew then chose play along and replied, "Sounds like you're kind of making this up."

After sharing a few seconds reliving their "50 First Dates" moment, Sandler and Barrymore started to talk about how their friendship has remained strong through the years -- even though they have not worked a lot in other TV and mnovie projects.

According to the actor, he wanted Drew to know that he is excited for her and her new show.

"You have your own show now. You're going to make people so happy everyday, every time they see you. You are magic. The whole world feels it. I'm lucky that I know you so well. I love you," Sandler wholeheartedly said.

A noticeably touched Drew replied, "I can't think of any endeavor I'd ever want to do without you Adam so thanks and I love you."

"The Drew Barrymore Show" became a reunion spot for A-listers, as Barrymore also invited her "Charlie's Angels" co-stars Cameron Diaz and Lucy Liu during the premiere.

"I couldn't begin this journey without two women who have been a part of my heart for over 20 years," Barrymore shared. "We are friends, we are fellow angels."

Although the video effect looked like they were sitting next to each another, they later on revealed that one of them was in the studio virtually.

Diaz then confessed that she is in Los Angeles before trying to make fun of the epic technology. She even suggested to everyone to try the virtual conversation as well.

Aside from Sandler, Diaz and Liu, Barrymore will see Tyra Banks, Gabrielle Union, Reese Witherspoon and Charlize Theron on her show.

Certainly, the show has a lot of surprises coming up even in the middle of a global crisis -- somehting that should entertain everyone.