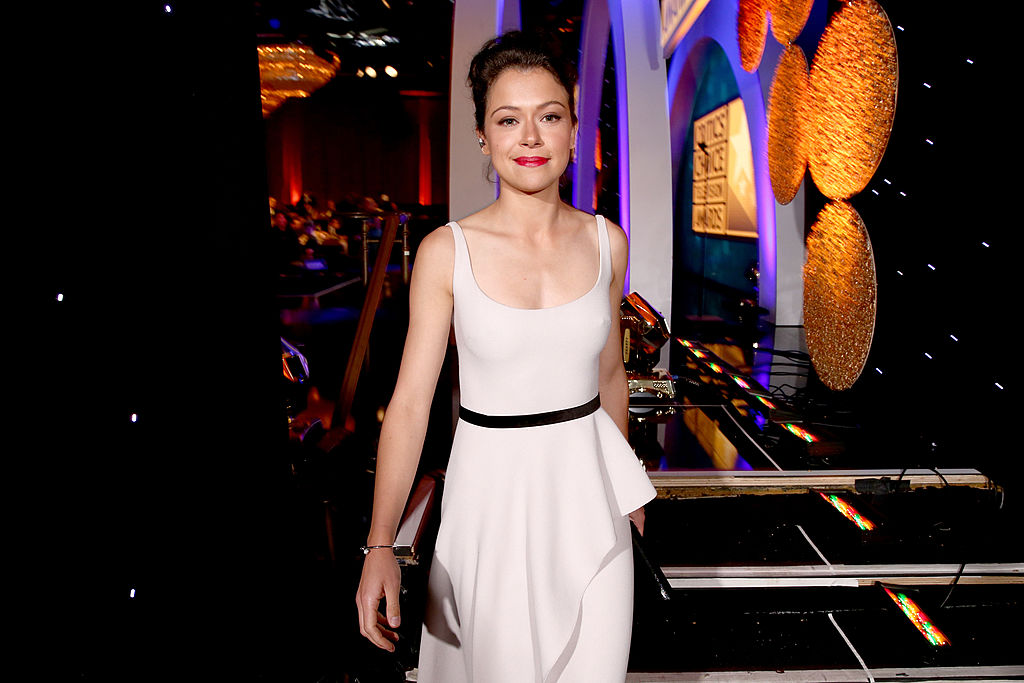 The 34-year-old is the recent addition to Marvel's female talent, following Scarlett Johansson in "Black Widow" and Brie Larson in "Captain Marvel."

The upcoming superhero movie is set to be directed and executive produced by Kat Coiro, who is the genius behind "Modern Family" and "And While We Were Here."

Coiro will work hand-in-hand with writer Jessica Gao, who will also serve as executive producer and showrunner.

Meanwhile, fellow "Avenger" star Mark Ruffalo, who played the role of Hulk, paid a sweet gesture to Maslany as he welcomed her to the family.

"Welcome to the family, cuz! @tatianamaslany #SheHulk," he tweeted.

Ruffalo's congratulatory post signals that the actress is officially in to the ever-growing Marvel family, and fans can expect more of her.

Aside from landing the coveted role for the "She-Hulk" series, here are three things that you probably didn't know about Tatiana Maslany.

Her love for acting started at an early age.

Before landing her breakthrough role in "Orphan Black," she worked in a short-lived Canadian children's television series "2030 CE."

Her talents did not go unnoticed, as she went to appear in another Canadian family drama television series "Heartland" from 2008 to 2010. It was followed by the comedy-drama series "Being Erica" and BBC miniseries "The Nativity" where she played Mary.

This also paved the way for her first major award, winning the Sundance Film Festival's breakout performance award for the 2010 indie-drama film "Grown Up Movie Star." In the said movie, she portrayed the role of 13-year-old Ruby, who is trying to survive life with her father after her mother abandoned them to become an actress.

Tatiana Maslany was born in 1985 in Regina, Saskatchewan to parents Renate and Dan, who work as a translator and woodworker, respectively

Besides her, she has two younger brothers, Michael and Daniel -- both of whom also work in the entertainment industry.

Daniel's claim to fame is his CBC 2016 comedy series "Four in the Morning," where he played the role of Bondurant Smit.

Maslany's shot to fame is "Orphan Black" where she received prestigious nominations. She also became the first Canadian actress to win an Primetime Emmy Award as lead actress in a major dramatic category for a homegrown series.

With the sucess of her thriller series, Maslany penned a blog for the BBC in 2013 regarding her experience, calling it "one of the biggest challenges" she has faced as an actress.

"I look insane when we shoot those scenes because ultimately I'm on an empty set talking and reacting to nothing. It's very much about imagination," she wrote.

Tatiana went on and revealed that making the series was tedious, especially the technical aspect of the series.

"At the same time it's a highly technical process because I have to hit certain marks and my eyes have to be focused in the right place in order for the special effects to layer in seamlessly."