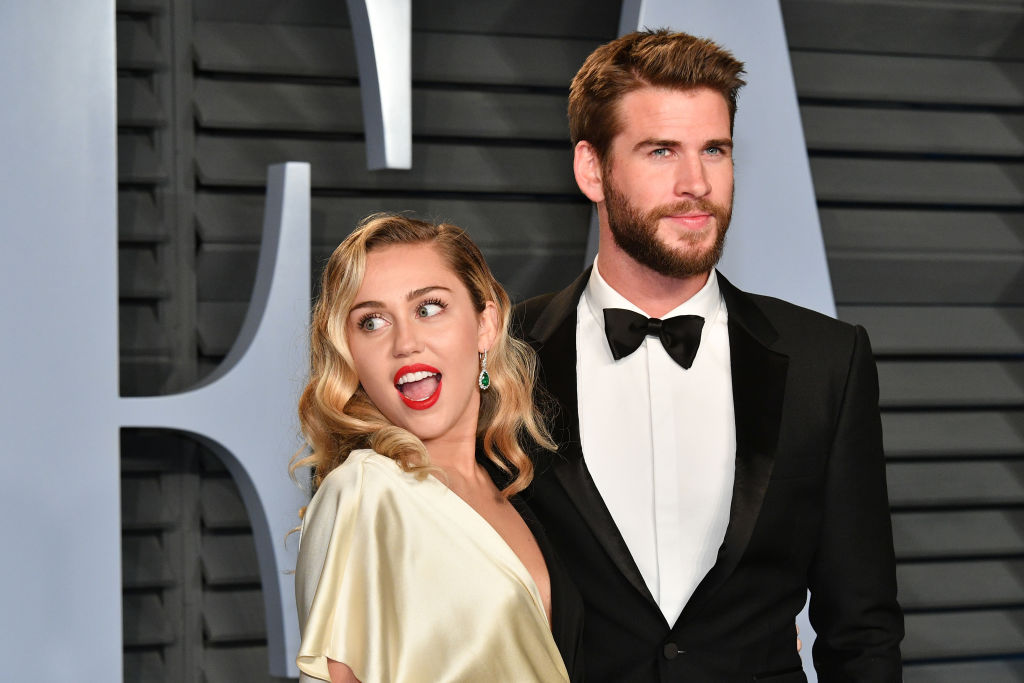 Miley Cyrus has been working on her seventh album for three years. While fans are excited about what she has in store, one person who might not be interested in it at all is her ex-husband, Liam Hemsworth.

According to The Sun, the "Wrecking Ball" hitmaker has created songs for the upcoming album, and as per their source, some of the songs are taking jabs at the "Hunger Games" actor.

One of the songs included a theme where Miley reportedly "faked it" in the bedroom.

In the song "Win Some, Los Some," Miley sings, "Last night was the nail in the coffin / Lord knows we were already dead / Look back at the memory's haunted, can't believe we did it again / Can't count all the times that I faked it, thank God for the thoughts in my head."

The sad chorus said, "You know me the best / But you hurt me the worst, my darling / I can't pretend anymore."

Miley Cyrus and Liam Hemsworth met on their movie "The Last Song" in 2009, and since then, they were on-again, off-again. The former A-list couple married in December 2018 but decided to separate in August 2019.

Another song on Miley's seventh album also has some startling revelations about how she may have only married Liam for a distraction.

The unreleased track's lyrics said, "Maybe getting married just to cause a distraction."

Both of the songs have been recorded in sessions for "She Is Miley Cyrus," however, The Sun's source revealed that it's unsure if the "Hannah Montana" star would include these for the final record.

On Thursday, Miley Cyrus danced topless in a black and white video and captioned the Instagram post, "Being single means having more alone time to video myself stripping naked to Joan Jett."

The "Fly On the Wall" singer had recently broken up with her Aussie boyfriend of ten months, Cody Simpson.

It was one of the actress-turned-singer's latest breakup in a year-long period after her divorce with Liam, followed by a brief rebound relationship with Kaitlynn Carter.

This was after Kaitlynn's break up with Brody Jenner.

Recently, the 27-year-old talked to Joe Rogan for the "Joe Rogan Experience' podcast, where she described some of her struggles ever since her very high-profile public divorce to Liam made headlines.

She told the host that it "f-----g sucked" going through something private in the public eye, adding that it wasn't just the divorce she had to deal with, but also being villainized for moving on quickly.

"What sucked about it wasn't the fact that me and someone that I loved realized that we don't love each other the way that we used to anymore," Miley Cyrus said.

"That's okay. I can accept that. I can't accept the villainizing and just all those stories."

Miley Cyrus is currently single as of writing, while her former husband is said to have moved on as well.