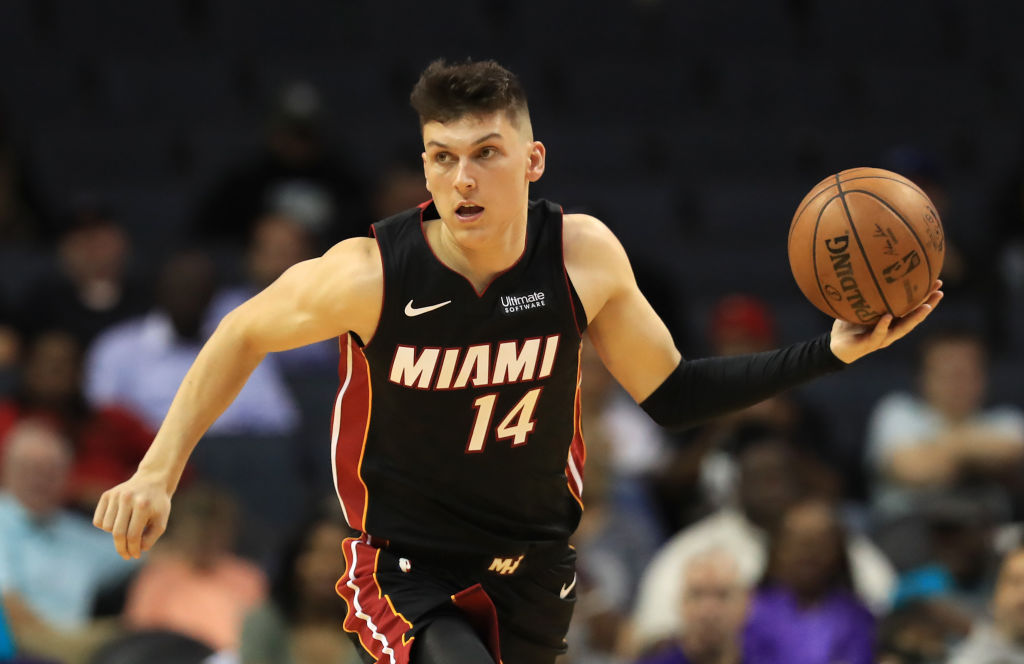 With Tyler Herro catching the attention of single ladies out there with his performance in the NBA Eastern Conference Finals, many are asking: is he single?

Unfortunately for them, the answer is a resounding...NO! The Miami Heat rookie is actually dating fitness blogger and Instagram hottie Katya Elise Henry.

Having said that, here's everything you need to know about Tyler Herro's girlfriend.

Who Is Katya Elise Henry?

The 26-year-old social media star was born in Minneapolis, Minnesota to parents Derick Anthony and Tawnya Lynn, who work as a professional bodyguard and a personal trainer, respectively

Like Katya, her sister Tanya is also a model. Her other sibling, Gabrielle, is a jewelry designer.

Although Henry was born in the U.S, she belongs in a multiracial ethnicity, which explains her exotic beauty. She reportedly has African American, Native American, Russian and Swedish ancestry.

With the influx of social media celebrities, Tyler Herro's girlfriend is one of the top female fitness influencers alongside Venezuelan Michelle Lewin, Sara Kinnvik and figure athlete Ida Bergfoth.

She gained popularity through her content about nutrition, fitness, workouts and healthy lifestyle.

Like other Insta-famous stars, her social media feed is filled with lucrative endorsements. She has also worked with various brands like the global health & fitness supplement company EHPlab and bespoke skincare line DreamLab And Co.

Katya Elise Henry obviously is passionate about health and fitness.

With that, she launched a brand in 2016 called Workouts by Katya that caters to workout programs, meal plans, supplements, apparel and workout accessories.

In the company bio, the self-confessed fitness advocate mentioned that she created the brand to celebrate women empowerment.

"Today, WBK represents female empowerment, body positivity, and self-love. I have made it my mission to help women all around the world to reach their goals, gain confidence, and learn to love the journey to becoming the best version of themselves!" the description read.

How Did Tyler Met Katya?

During the NBA suspension due to the COVID-19 pandemic, multiple reports cited that the Heat youngster is dating Katya Elise Henry.

Herro has been popping in her social media and sending flirty posts on Twitter.

The dating rumor sparked back in March when the basketball hottie tweeted "wyd," which means "what you doing" while tagging the 26-year-old model.

Since then, they were spotted doing TikToks and appearing in each other's Instagram stories.

In her previous Q&A video posted on her Youtube channel, she revealed that she is open to dating women while adding "you can't knock it until you try it."

However, she mentioned that so far, she has only dated men.

Back in 2015, she reportedly dated singer and songwriter Austin Mahone, but they called it quits after their two-year relationship.

The IG model also had a brief romance with Los Angeles Lakers Kyle Kuzma and had an encounter with Tyga shortly after.