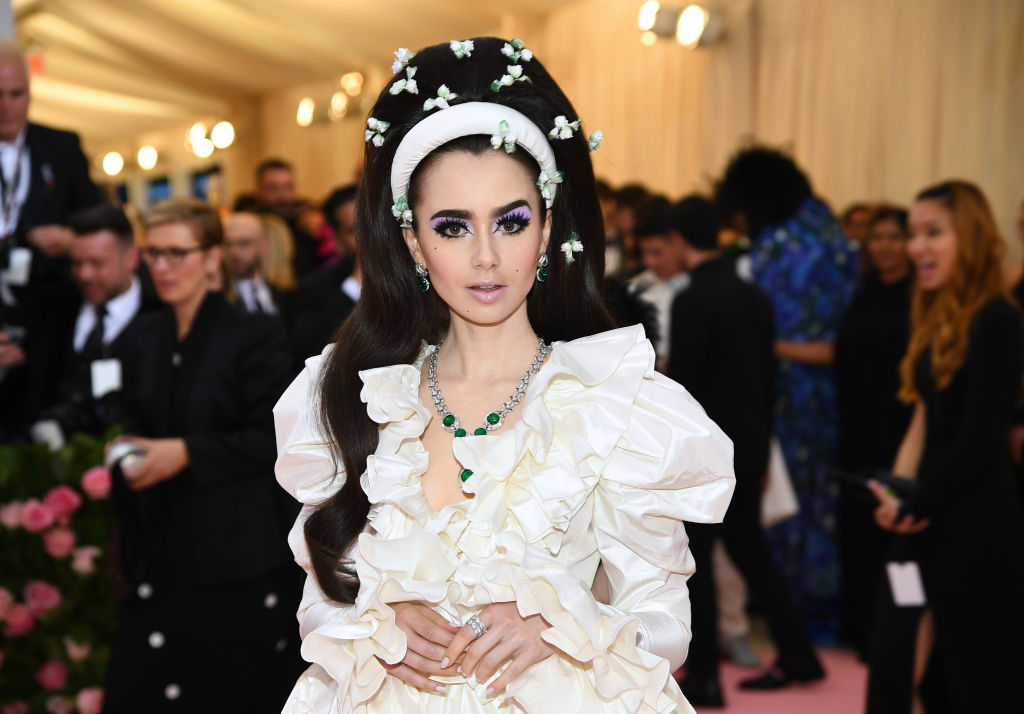 Starring Lily Collins as the social media wiz Emily Cooper, the show has been the talk of the town in social media, all thanks to its intriguing storyline, interesting design costumes and, of course, the picturesque location in the city of love.

Created by Darren Star -- who is also behind the iconic series such as "Beverly Hills 90210, "Melrose Place" and "Sex and the City" -- it appears that "Emily in Paris" is like "Devils Wears Prada" meets Carrie Bradshaw.

The 10-part series revolved around the story of an ambitious, 20-something marketing genius from Chicago, who was about to land her dream job in one of the beautiful cities in the world.

Emily's goal is to bring "an American perspective" to the Parisian marketing agency, Savoir.

From his pharmaceutical background, Emily needed to step up her A-game and prove that she can handle big accounts like Randy Zimmer's hotel chain and renowned Haute couturier, Pierre Cadault.

Unfortunately, being the new girl in a big city, she experienced communication barriers, culture shock, and struggled juggling her career, new friendships and relationships.

Despite the positive response from the public, "Emily in Paris" also showed few disturbing cliches -- and Parisians are happy about this.

According to The Guardian, the movie was described as "an exorcism of all of the French cliches the writers could think of," including having wine for breakfast, chain-smoking females outside a gym, streets filled with good looking people, and men in lavish suits.

With that being said, here are the Top 3 French cliches discussed in "Emily in Paris."

In the film, her snobbish and unwelcoming colleagues resisted on the changes in their workplace, that includes bringing the American point of view in their French clients.

They also depicted that Parisian exude class, mystery and grace while Americans are loud and obnoxious.

The movie showed a lot of complex relationships, including Sylvie, who is the mistress of Antoine Lambert -- their uber-rich client and the head of a major French perfumery.

In one scene, Emily's co-worker Julien warned her never to get entangled with their complicated romance, adding that his wife might probably know about the affair and has her affair with someone too.

Another is her hot neighbor and chef, Gabriel, who became one of her first few friends in Paris. Their relationship grew closer, and she ended up kissing him in the kitchen. Unfortunately, he never told him about her girlfriend Camille, who is a common friend of Emily.

She then sought advice from Mindy, where she was told that "French men are flirts."

French Are Arrogant and Mean

"Emily in Paris" perceived Parisians as self-opinionated and hostile. The movie showed how people are very straightforward when it comes to their point of view.

There's a scene where Emily tried to get to know her boss and invited her to a house party. Sylvie quickly turned down the invitation and got straight to the point with Emily.

"Perhaps we will work together, but no, we won't be friends," she answered.

Viewers also flocked to Twitter to express their reactions towards the romantic comedy movie.

Others find it funny, but they pointed out some cliches in the film.

"I'm watching Emily in Paris and omg it's so cliché haha but funny. But why all the french guys look so hot, it's not even like this irl. But they're true about one thing: french people are mean," one user wrote.

An individual mentioned that "Emily in Paris" was full of stereotypes and "felt like a parody" to French culture.

"I just finished the 1st episode, and it was really bad. I had huge expectations, but it just ain't good. The whole episode was a cliché and felt like a parody. Definitely not how Parisian lifestyle or working in fr agencies looks like wtf."