Zac Efron seems to have no plans of heading back to the US pretty soon.

According to the Sydney Morning Herald, he has moved out of the New South Wales hotspot Byron Bay where he had been staying in since early 2020.

On Friday, he was spotted around Bondi Beach and dining in an upscale restaurant on Sunday, which sparked rumors that he has rented a place in the nearby area.

The Herald now believes that the "High School Musical" alum is living in Dover Heights, one of the country's most wealthy suburbs. Its residents rank fourth highest-earning people in Australia.

Zac is renting a clifftop mansion in the area, which is known for its magnificent view of the Sydney Harbour.

His non-celebrity girlfriend, Vanessa Valladares, was also spotted dining with the hunk at Catalina in Rose Bay on Sunday, but it is unclear if they live together.

During lunch, the "Baywatch" star appeared to be in high spirits as he was spotted laughing with Vanessa and an unidentified man.

An onlooker told The Herald, "There was no security presence or large entourage."

They also shared what Zac had for lunch - oysters, prawn ravioli, toothfish, and chocolate mousse. He was also seen sipping on espresso martinis and a St. Hugo Chardonnay.

The former Disney Channel actor had quietly spent his months living in Byron bay before it was reported that he had relocated in the crown of Sydney's eastern suburbs.

He likely opted to move there as Dover Heights offers more privacy than his previous location.

Laura Bryne, a former "Bachelor" winner, spoke on her "Life Uncut" podcast that she had seen the actor and his entourage somewhere on Bondi Road.

Laura encouraged all "single ladies" to "get down here" because she's 100% sure Zac is in Bondi. 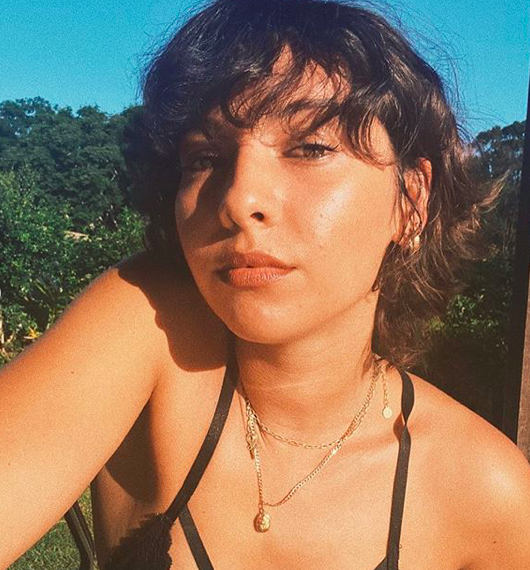 Zac Efron reportedly met his now waitress girlfriend back in July when she worked at the Byron Bay General Store Café and the Light Years restaurant.

An insider told Who magazine that Vanessa's boss introduced them.

She is also reportedly the reason Zac extended his visa in Australia for another 12 months.

While Zac is living in Australia in the meantime, the actor is expected to go back to the US in the next few months to film for the upcoming remake of "Three Men and a Baby."

He is also set to join a remake of Stephen King's "Firestarter."

It also seems like he's not going to see Vanessa again if it happens, as border restrictions between Australia and the US are difficult.

The pair could only travel back and forth together if they get married, and according to New Idea, the pair is reportedly considering this as an option.

A source told the outlet, "I really think Zac's at the point where he'd marry Vanessa tomorrow if she said yes."

Does Zac Efron plan on returning to the US anytime soon? Or is he just going to stay down under?