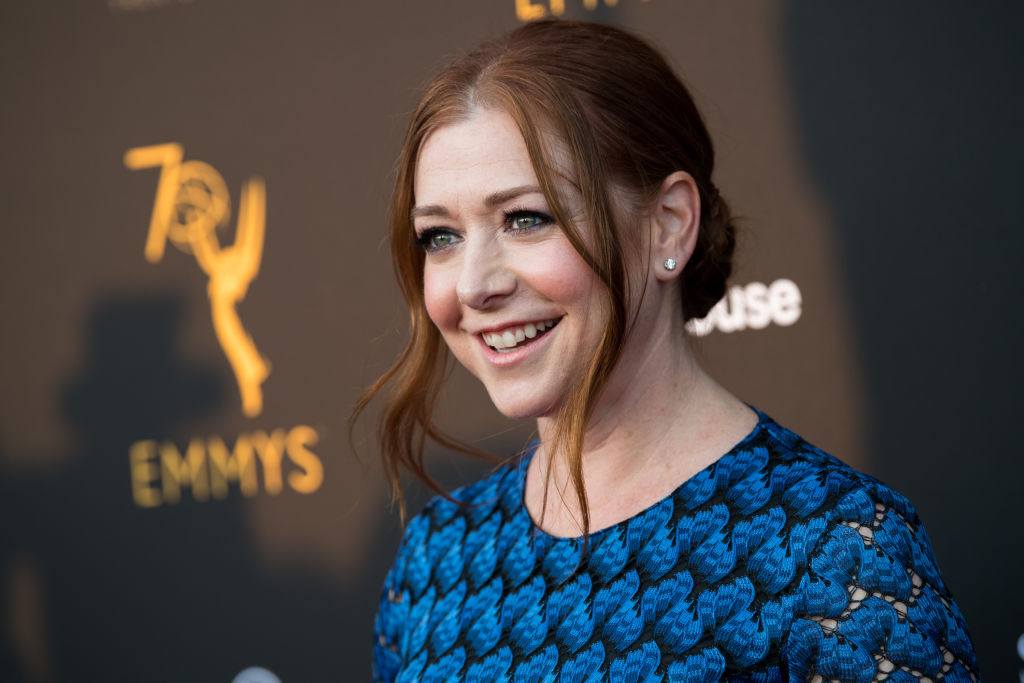 Six years after the hit CBS series "How I Met Your Mother" concluded the story that followed fix individuals turned lifetime pals, fans have been clamoring for a reunion episode to see what life has brought Ted Mosby, Barney Stinson, Marshall Eriksen, Lily Aldrin, and Robert Scherbatsky.

While die-hard fans could clap bet for a reunion episode soon, it looks like the one betting for it to happen will have a swollen cheek at the end of the game.

Speaking to E! 's "Daily Pop" on Thursday, "How I Met Your Mother" main cast Alyson Hannigan opens up about the possibility of having a reunion episode following the show's 15th anniversary.

The 46-year-old actress said that her nearly ten years on the show was filled with "a wonderful montage of just happy memories and giggles and laughs and lots of funny puns."

While the mother-of-two said she would be 100 percent up to have a HIMYM reunion series, she has shuttered the fans' uproar as she thinks a comeback episode is highly unlikely to happen.

Alyson believes that the story ended well and already foresees each characters' future, so there is no longer any mystery that could be featured in a reunion episode.

"Honestly, when I read the last episode script, I was sort of sad because I felt like there was no chance of a reunion because they kind of gave away all the cards," Alyson said.

"They sort of showed everything. I was like, 'Wait, you guys, now we won't get to do a reunion because you're telling the future and telling the stories of what we're all gonna do.," she added.

But the actress revealed that the HIMYM mother team once joked about having "holiday specials," which never happened. Alyson said that her on-screen partner Jason Segel even suggested some great ideas for the specials, but nothing has accomplished yet.

"Obviously, we haven't done any yet, but I would be up for it," Alyson added.

While Alyson blamed HIMYM finale as the culprit on why it's not easy for the team to have a reunion episode, Cobie Smulders defended the show's ending.

Speaking to Metro.co.uk, the 38-year-old actress argued that there are lots of hints throughout the series that the fans did not notice.

"People are going to feel how they're going to feel about that. But I think that there's been enough time. Watching it as a streaming show now, you get a little bit more of a connection for other relationships," Smulders said.

The ninth and final season of "How I Met Your Mother" focuses on the whirlwind romance of Robin (Smulders) and Barney) and the final events leading to Ted (Radnor) finally meeting his children's mother, Tracy (Cristin Milioti).

But the finale episode fasts forward to a decade later featuring Barney and Robin's divorce, Ted and Tracy building a family, Tracy falling ill and eventually died. And the greatest plot twist of the show, Ted's kids giving their blessing to pursue his great love, Robin.