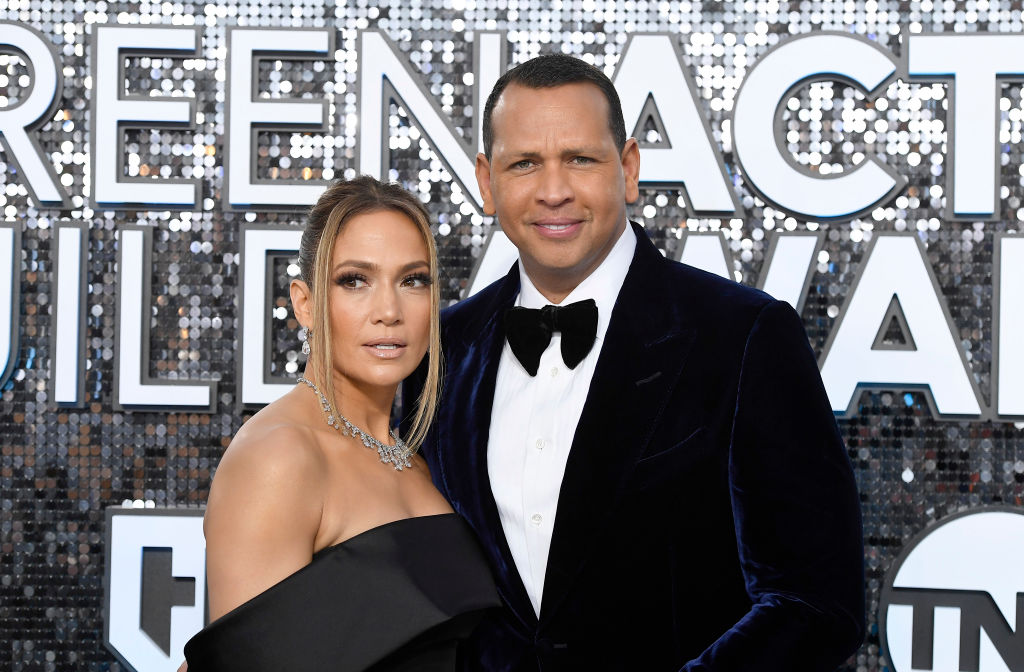 Are Jennifer Lopez and Alex Rodriguez heading to Splitsville?

According to the National Enquirer, the Latin beauty is completely turned off by her fiancé's eating habits.

The outlet claims that the former Major League Baseball star is gaining a ton of weight, which is causing a massive problem to his relationship with JLo.

The 51-year-old actress is known to be a gym and workout enthusiast who has a strict regimen. Her partner's "heftiness" is said to be a complete shock for JLo.

An insider tattled, "Her Greek god grosses out turned slob."

"She continues to hit the gym, but Alex has been pigging out in carbs, slacking off on his workouts, and snacking late at night."

The unnamed insider continued to say that Jennifer Lopez feels too disgusted with her fiancé's bulky frame because it would poorly reflect on her image.

JLo then reportedly ordered A-Rod to start working out. However, the retired athlete is said to be not taking orders "from a woman," not even his fiancée.

"She tried to cracking a whip and ordering Alex to get his act together, but he's not used to taking orders from any woman."

The insider further insists that Jennifer Lopez and Alex Rodriguez's relationship is "suffering" because the "Maid in Manhattan" superstar couldn't stand A-Rod's stubborn attitude or even his "man boobs and love handles."

"Alex is sick of marching to Jen's drum, and the binge-eating is his passive-aggressive way of fighting back," the source shared.

Meanwhile, Gossip Cop has determined that there the whole story is entirely bogus.

Jennifer Lopez is not known to be someone who uses derogatory words against others, especially if it's the love of her life.

Moreover, if the couple is said to be on the verge of breaking up because of A-Rod's weight gain and refusal to work out, he and JLo wouldn't be posing together sweetly for their respective Instagram pages.

The "I'm Real" hitmaker recently took a photo of her future husband in the bathtub as he enjoyed a bubble bath, which he shared on his Instagram page.

Gossip Cop also reportedly ran the story to a person close to Jennifer Lopez, who just laughed off the entire thing.

This wasn't the first time the A-list couple has gotten bogus reports written about them.

In September, JLo was reportedly fed up and ordered her future husband to "get a job."

The National Enquirer noted that she is one of the hardest-working people in the entertainment industry, which is why she expects A-Rod to be the same.

Though Alex had a couple of projects, he reportedly wasn't finding anything he's passionate about.

From there, the tabloid's source added that Jennifer Lopez was keeping herself busy with music and acting.

Gossip Cop debunked the tabloid's claims of Alex Rodriguez being a lazy bum.

They reported that A-Rod doesn't need to look for a job because he still has a career as a baseball analyst for ESPN.

This will not be the last of Jennifer Lopez and Alex Rodriguez's bogus stories. However, one report that many are hoping to read these days is their wedding.

Due to the coronavirus pandemic, they still have not gotten married.