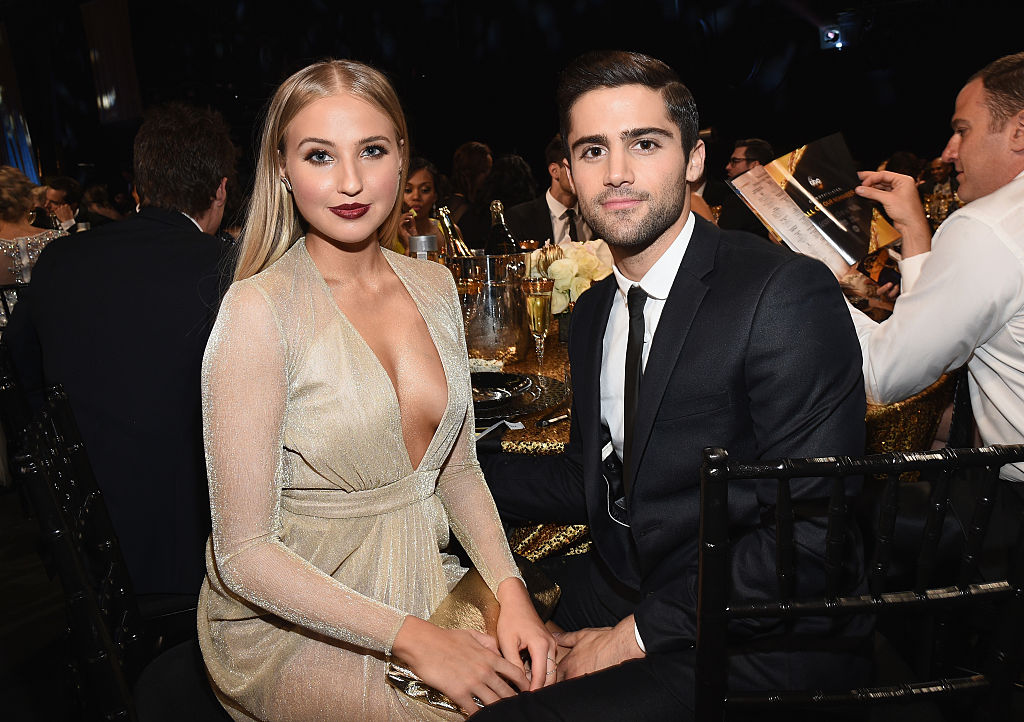 Max Ehrich pulled off some emotional poses as he showed how his breakup from Demi Lovato make him feel.

On October 11, TMZ shared a video of Ehrich getting emotional at the beach where he proposed to Lovato. The actor can be seen sitting before standing to walk around the beach in the now-viral clip.

However, a few seconds later, his emotions hit him again as he curled back down to sulk.

As weird as it may sound, Ehrich also hurled a piece of seaweed into the ocean while crying. Moreover, he kneeled again -- looking more heartbroken than ever.

However, Lovato's fans were not impressed with his act and even questioned his sincerity.

After the video went viral, a lot of netizens refused to show sympathy and slammed the actor instead.

"Not Max Ehrich going to the beach where he proposed and sitting there sobbing at the ocean, sir who is this performance for??" one Twitter user said.

Another one wrote, "Max Ehrich really called paparazzi to follow him to the beach where he proposed to Demi just so he can fake cry."

"So Max Ehrich went from being an unknown z list actor to be an embarrassing and mentally unstable z list actor who is now known as Demi's ex and Selena's obssesed stalker," [sic] a concerned fan added.

To recall, Ehrich once tweeted creepy and cringe-worthy messages for Selena Gomez back in 2018. One of which said that he is going to marry the singer one day.

He also held an Instagram Live in which he talked about Selena for a couple of minutes. He kept saying weird things and how he has had a crush on her for a long time now.

This is not the first time Lovato's fans called him out for using his ex-fiancee for fame. In fact, the singer herself reportedly revealed the real reason why Ehrich pursued him.

In an exclusive interview with People Magazine, an insider said that Lovato regretted accepting Ehrich's proposal.

"[Demi believed Max was] trying to further his career by using her name behind her back. It was hard for Demi to admit she made a mistake when it came to Max."

To recall, the two met earlier this year and spent the quarantine period together. In July, they shared their engagement news to their fans, which was truly abrupt for a couple who was only dating for four months.

Aside from using Lovato, Ehrich also allegedly became "wrapped up" in fame, causing her to call off the engagement.