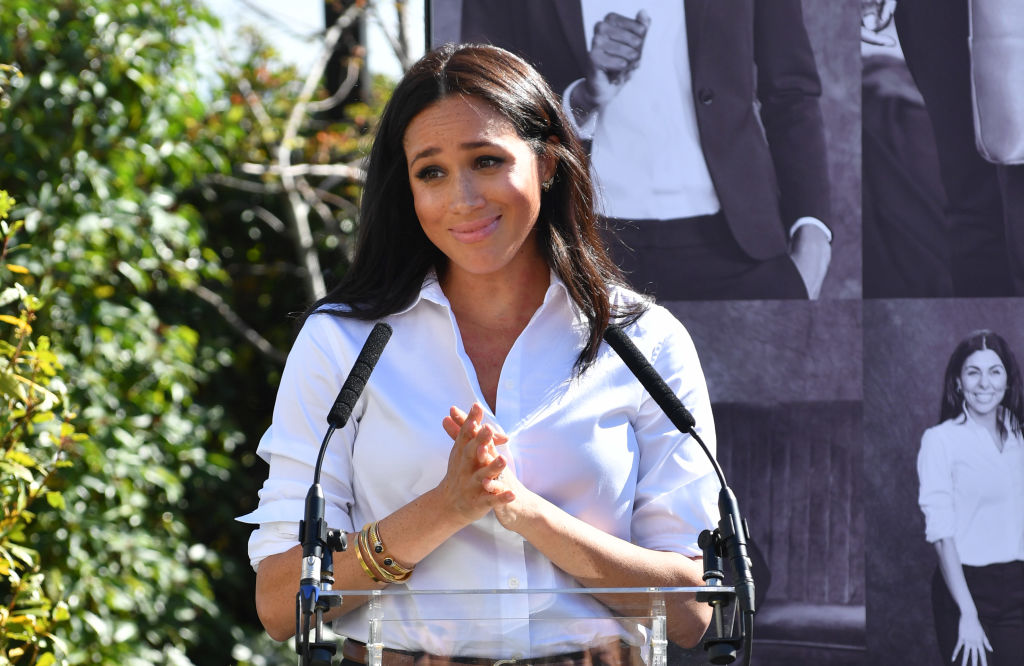 Meghan Markle's post-royal hustle comes in full swing six months after stepping down as a senior member of the Royal Family.

Just when everybody thought that the Duchess of Sussex would use "Megxit" as her stepping stone to get back to acting and fulfill her Hollywood dreams, Meghan is now busy lending her voice in different speaking engagements.

While the 39-year-old former "Suits" actress has appeared on virtual chats for free during her previous engagements, it looks like Meghan now felt the need to charge viewers to hear her thoughts on different issues and topics.

On October 14, Meghan Markle graces the "Fortune's Most Powerful Women Next Gen Virtual Summit" hosted by Fortune Live Media. Prince Harry's wife has been named "feature speaker" on the event, together with over sixty other powerful women in the media industry.

The event promises to bring together "preeminent rising women in business along with select leaders in government, philanthropy, education, sports, and the arts."

Fortune's official website states that Meghan will talk about courageous leadership alongside Fortune associate editor Emma Hinchliffe. The Duchess of Sussex is expected to talk about how to lead the global stage and "how she's learned to, in her words, chase her convictions with action."

But unlike her previous speaking gig, those who listened to Meghan's talk has been charged a whopping $1,750 worth of ticket for the said summit. It includes the invitation-only registration fee and other related benefits.

On Staying True to Herself

During the virtual chat, Meghan talks about different issues, including overcoming fear and staying authentic.

"If you live knowing the truth, regardless of what anyone says, you'll be able to go to sleep with a clear conscience," Meghan said, as reported by "New Idea."

"Most people are afraid of the unknown, but sometimes you need to take that leap," she added.

The Duchess also told Emma Hinchliffe not all decisions you make for yourself and your family would not be approved by many.

During the virtual chat, Meghan opens up about different issues like overcoming fear while staying authentic.

"But when you really know who you are and you know what your belief system is, and you live by truth, then I think that can start to peel away the layers of where the fear comes in," Meghan explained.

During the same conversation, Meghan explained her personal decision to stay away from social media even before marrying Prince Harry and becoming an official member of the British Royal Family.

"Regardless of my experience over the last few years compared to anyone's experience, you can't take for granted the ability you have as a woman to be able to be heard and now with the platform that people have on social media, to actually have that voice heard for a larger audience is a huge responsibility," Meghan said.