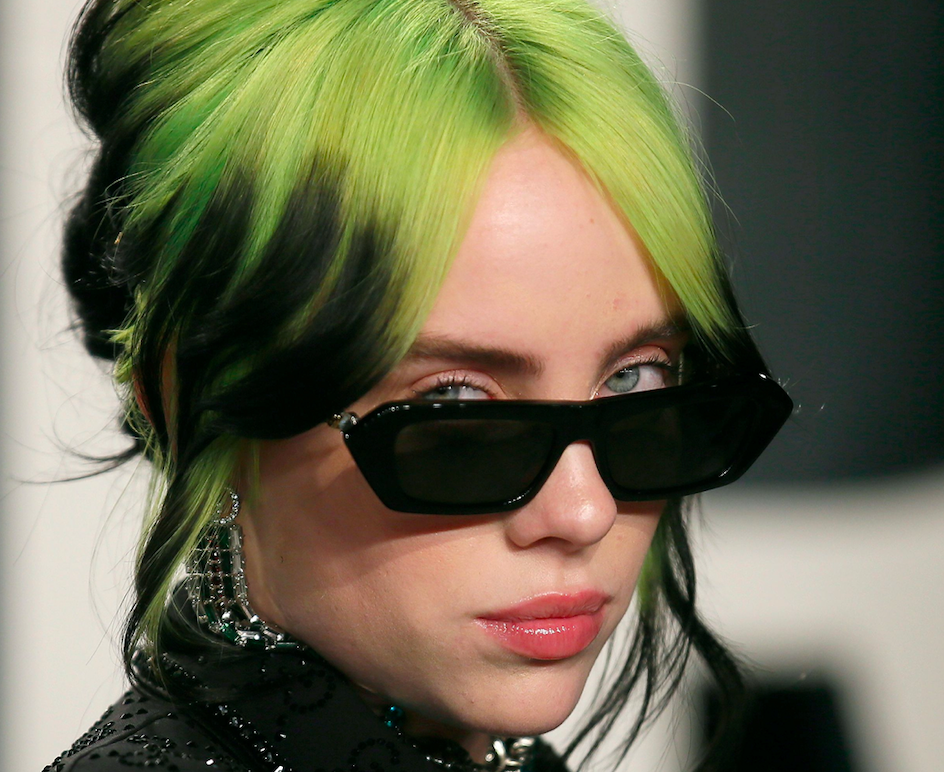 Yesterday, Billie Eilish became an instant trending topic on social media after she was spotted sporting an unusual casual look, far different from her signature style of wearing baggy clothes.

Based on the photos obtained by the "Daily Mail," the "Bad Guy" hitmaker ditches her iconic oversized clothing as she went out to run errands with friends in Southern California.

Billie Eilish sported a monochrome ensemble with a nude tank top paired with khaki sweat shorts. She finishes off her look with a pair of brown Gucci socks matched with her $55 brown Adidad YEEZY Slides, while her iconic electric green hair was tied up in a messy bun.

While fans approve how Billie is slowly getting confident, showing off some skin and wearing casual clothes, haters were still around the corner and spared their precious time body-shaming the 18-year-old singer.

Some could not help but express their criticisms on social media and comment on how the Grammy-award winning artist has gained weight during the past few months.

One Twitter user wonder: "I just saw the new Billie Eilish photos. OMG, when did she get so fat???"

"She (#BillieEilish) looks fat, lethargic, and depressed incidentally, all of which are symptomatic of being massively overweight, none of which are healthy by any stretch of the imagination," another one added.

While the "Ocean Eyes" singer has yet to react to the viral photo, she seems to have lowkey addressed it with her recent cryptic Instagram post.

On Wednesday, Billie posted a racy photo of herself wearing a tank top and a jacket, which she appears to have taken off slightly, showing off her arms. The singer posed and looked away from the camera with her mouth agape.

"Do you really wanna go back in time?" Billie wrote on the caption.

The saucy Instagram photo has now reached over 8.7 million likes, with her millions of followers wondering if it is a lowkey clap back on body-shamers or a hint to new music.

Billie also shared a TikTok video on her Instagram story, asking people to "normalize real bodies," which included not having "wagon behind" and saggy breast after breastfeeding.

While haters and body-shamers slammed Billie's recent viral photo, her legion of fans came to the rescue and argued on her behalf.

"No wonder Billie Eilish wears baggy clothes. She's 18 and has her body judged by grown-ass men!" one fan wrote.

"So Billie Eilish's body is perfectly natural and isn't unrealistic. Whoever the fuck was like, 's He gAiNed sO mUch WeIgHt' WHO THE FUCK HASN'T GAINED WEIGHT IN THE LAST 10 MONTHS???? We've been locked inside for ten months(unless you're one of those fucking idiots who go outside0," another one added.

Meanwhile, others called out the singer's critics and begged for them to stop body-shaming Billie as she is dealing with body issues for the longest time.