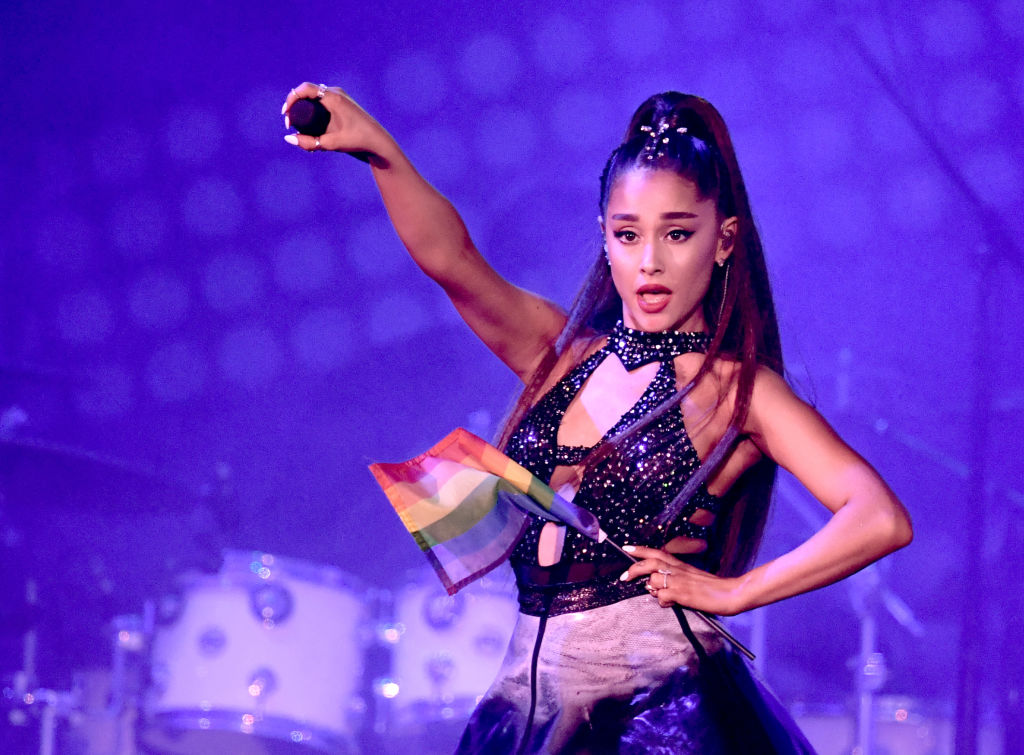 No one can stop Ariana Grande from saying "thank u, next" as she announced some big news about her new album.

On Wednesday, Grande took her excitement to Twitter and told her fans her surprise: "i can't wait to give u my album this month," she wrote exactly at midnight.

As of writing, the tweet has now reached over 160,000 retweets and nearly a million likes. Of course, her fans cannot help but shower her with love in the comments section.

The exciting announcement came one week after Ariana posted a blurred and cropped selfie. In the photo, she surrounded herself with musical instruments and wrote, "turning in these mixes and reminding u again to register to vote if u haven't already / to vote early."

Her October 7 tweet only sparked rumors that she went all out to create the new album throughout the quarantine period.

Furthermore, she has not failed to release snippets of her new songs on  social media. In fact, she has been teasing her followers as early as March 24.

Once released, it will be her sixth studio album and the follow-up to 2019 album "Thank U, Next." Pete Davidson and their public breakup inspired her last album.

Although she has not released the new album yet, she offered her fans new music in May 2020.

Amid the coronavirus pandemic, she released her pandemic-inspired song about Justin Bieber, "Stuck With U."

Grande also debuted her first collaboration with Lady Gaga, "Rain on Me." In addition, she appeared with her at the VMAs last August.

She only recently revealed her new album, but Grande has been hinting about it since earlier this year.

When she returned from her "Sweetener" World Tour, she immediately went back to the studio and shared a screenshot of a playlist.

The song titles in the photo were censored. However, she seemed to be working on nine songs already.

"these are how many ideas i really really love (like enough to tell u that they exist) in a playlist of things i've made since i've been home. i love this s--- i can't help it," she wrote in a since-deleted tweet.

In May 2020, Ariana told Zane Lowe that she became more productive and inspired this year, thanks to her new studio in her Los Angeles home.

One of the songs in her new album might also feature Doja Cat, as she confessed to Lowe that she recorded an unreleased song with her this 2020.

Even Doja tweeted in September that "Ari and Doja collab exists entirely."

A few weeks later, Grande turned up the heat again by posting a selfie and revealed that she is turning in mixes, hinting that her album is receiving its finishing touches.

While these things seemed to be more than enough, she sparked the rumors more when she liked a fan's tweet that reads "SHES COMING TO SAVE US" and another tweet that says, "#AG6isComing."