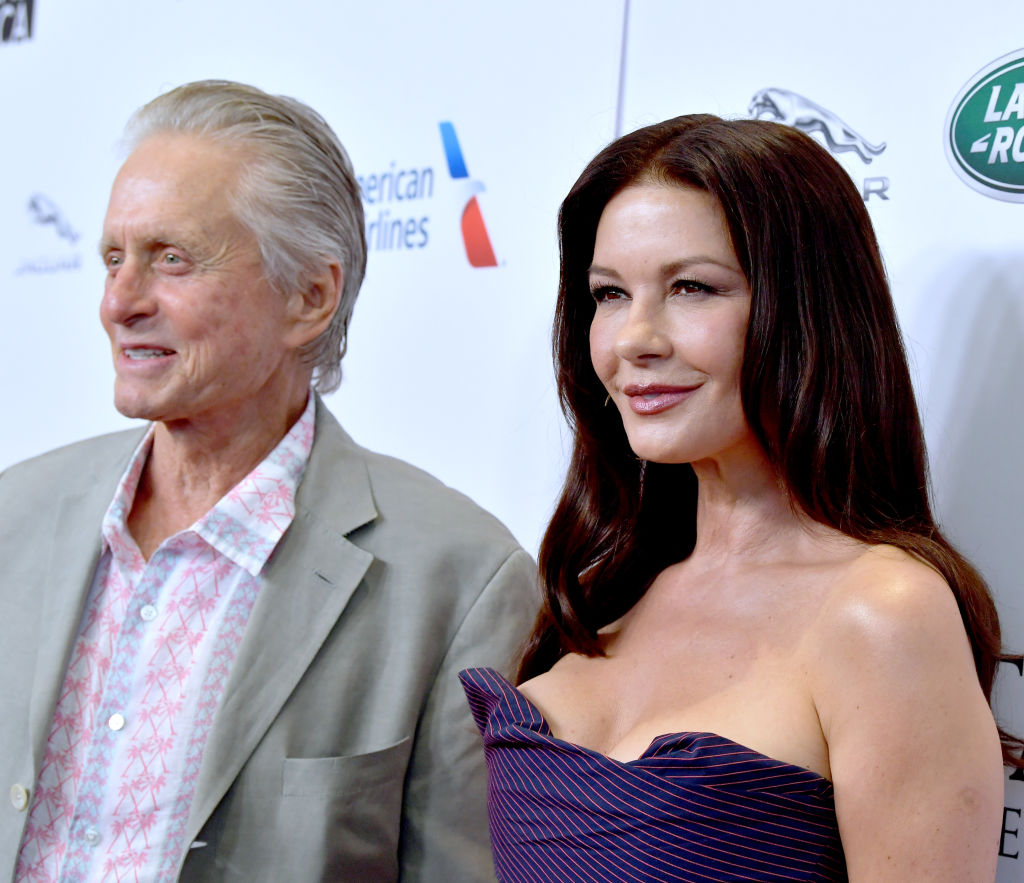 Catherine Zeta-Jones may be worried about how her husband Michael Douglas is looking these days.

According to Globe's October 19, 2020 issue, the actress demanded that her 76-year-old husband should go under the knife to fix his sagging face.

Their source said that the "Mask of Zorro" is not asking for the "Wall Street" star to fix it - she's telling him.

Douglas is no stranger to several nips and tucks, but the facelifts he had before have now worn off, making his face look terrible.

"His jowls are loose, his cheeks look sunken, and his earlobes are droopy, which all spell yuck to Catherine," the insider tattled.

The source added how Zeta-Jones misses that "silver fox" she married 20 years ago.

Despite her love for her husband, she would do absolutely anything for him. However, Catherine Zeta-Jones prefers it when "he's all pulled together, especially if he expects her to feel romantic towards him."

The dad-of-two has allegedly become sloppy when it comes to his appearance since the beginning of the lockdown, and right now, Douglas' wife wants him to "look after himself" and get himself a facelift.

"He needs to shave every day, and it would be nice if he trimmed his hair and added some highlights to the dull gray hair," the insider shared.

The insider further added that Douglas' battle with cancer has tremendously hurt his heartthrob image.

The "One Night At McCool's" star reportedly knows that his appearance isn't getting any better.

As per Globe's source, "Michael admits he may have let himself go during the lockdown, and he's willing to do what it takes to keep his love life hot."

The source further stated that the actor's makeover is long overdue. Since he's got the money, the insider believes it's the right time and will surely make his wife happy.

Catherine's taking care of herself well.

Meanwhile, Catherine Zeta-Jones is said to be taking excellent care of herself.

She also gets a bit of help from her favorite doctors to maintain her youthfulness without making it look obvious, said the source.

Are they on the brink of a divorce?

In July, New Idea reported that the couple's marriage "is effectively over."

An unnamed friend told the outlet that they have been living separate lives for years already.

They claimed that things have not gotten better after Douglas' dad died in February, and the lockdown happened.

News of their possible divorce isn't something new.

In 2013, Catherine Zeta-Jones and Michael Douglas came close to finally pulling the plug after different issues in their marriage, including the actress's bipolar diagnosis and the actor's cancer diagnosis. Their son Cameron was also incarcerated for drug possession.

However, one should take Globe and New Idea's reports with a grain of salt.

Representatives of Catherine Zeta-Jones and Michael Douglas have not confirmed that they are having problems in their marriage.

In fact, last month, Catherine Zeta-Jones rang in her birthday, and her husband made sure she knows how much he loves her.

There's also no confirmation that Douglas got himself a facelift because his wife asked him to.