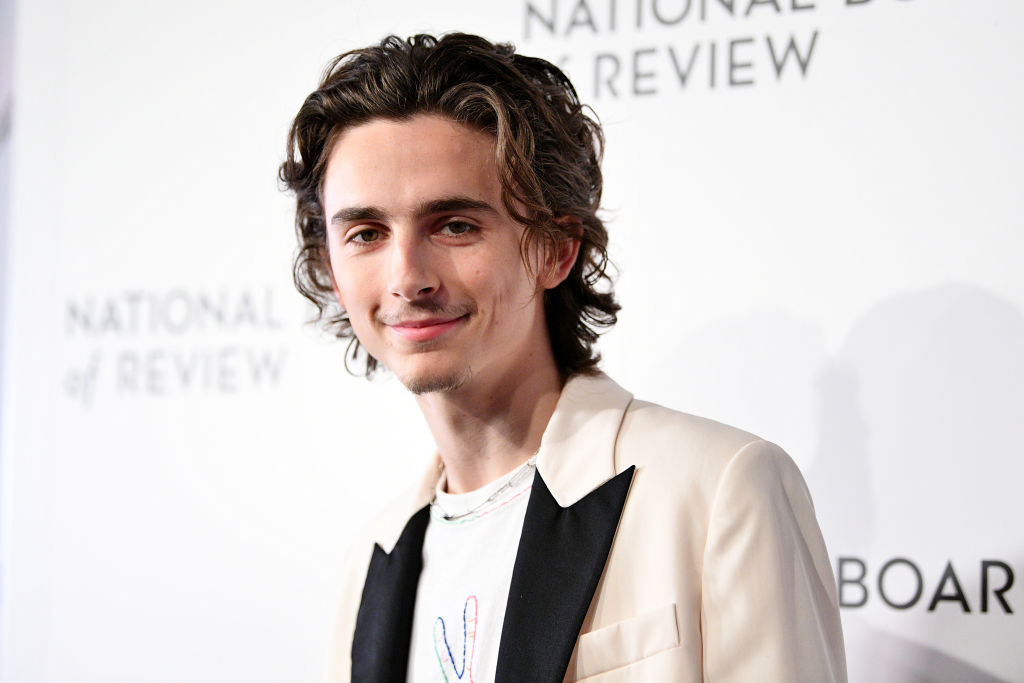 Timothee Chalamet has finally broken his silence about the infamous paparazzi photos of him with ex-girlfriend Lily-Rose Depp.

In his recent interview with GQ magazine for their October cover story, the "Call Me By Your Name" star opened up about feeling "embarrassed" after he and the "Planetarium" actress were photographed in an intense make out sesh while on a yacht.

Interestingly, the 24-year-old actor described the moment as "one of the best days" of his life and recalled how it felt like being on a cloud nine.

"I went to bed that night thinking that was one of the best days of my life," he shared, adding: "I was on this boat all day with someone I really loved, and closing my eyes, I was like, indisputably, 'That was great.'"

Unfortunately, things turned upside down after discovering that the photo went viral and was all over the internet and social media the next day.

Furthermore, he also shut down rumors that the incident was a publicity stunt.

"Then waking up to all these pictures, and feeling embarrassed, and looking like a real nob? All pale? And then people are like: This is a P.R. stunt. A P.R. stunt?! Do you think I'd want to look like that in front of all of you?!" he added.

At the time, Chalamet and Depp were in Italy to promote their Netflix movie "The King" at the Venice Film Festival.

However, the internet had a brutal reaction as it sparked numerous memes and mocked the "Hot Summer Nights" actor for his intense but pretty awkward kiss.

The Academy Award nominee and the French-American actress, who is the daughter of Johnny Depp and former child star Vanessa Paradis, met on the set in 2018 while shooting for their historical drama film.

It was is not the first time that Chalamet and the Chanel ambassador were spotted in a PDA-packed moment.

In August 2018, the young lovers were photographed kissing under the rain while out and about in New York City.

Multiple reports cited that they hung out and enjoyed their dinner at the Lower West Side's Blue Ribbon Chicken restaurants.

Aside from this, the duo was also seen walking around Paris during the holidays.

In his previous interview with W magazine, the "Lady Bird" actor dodged the question between him and Depp and mentioned his fear about dating.

"Date is very much a scary word because then that context has been established."

Although they never addressed the issue, rumors sparked that Chalamet and the "Savage" star have broken up, ending their almost two year-romance, after British Vogue reported in May that the 24-year-old actor is "currently single."

The 30-year-old actress had been romantically linked with Scottish DJ Calvin Harris and Liam Hemsworth.