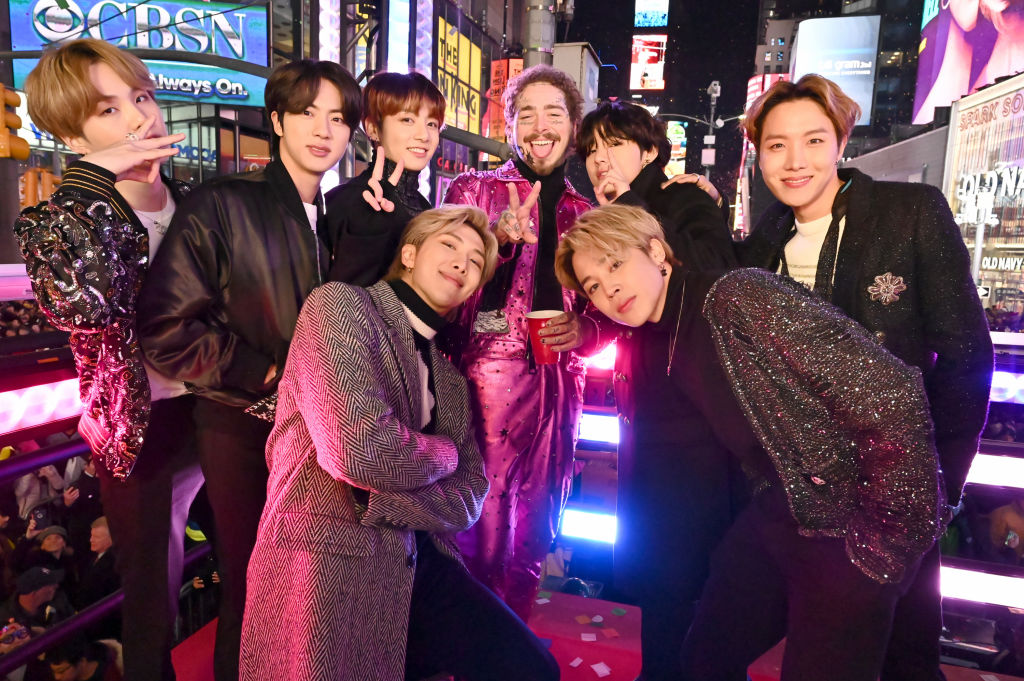 BTS' hit-song "Dynamite" opened a new door for the K-pop boy group to Hollywood. At the same time, it also led the group to secure the top spot in our 2020 People's Choice Awards prediction.

Winning best song of the year is certainly the toughest one yet since, as we all know, many artists have produced award-winning songs.

Although BTS' song is the only piece produced by an Asian nominee, it still overshadowed everything else. In fact, it has everything why it topped this 2020 People's Choice Awards prediction.

BTS always makes sure that their song has deeper meaning that everyone can related on.

This time, they made "Dynamite" to help their fans and listeners survive through the coronavirus pandemic.

When they released the song in August, the group members, Rap Monster (RM), V, and Suga, shared their views about the piece.

"It became an opportunity for us to deeply consider ourselves as a whole as well. Thanks to that, this song was able to see the light, as we were able to try something we had not tried before, something lighter and brighter," BTS' leader, RM, said.

V and Suga spoke the same sentiments before adding that the song helped them connect their fans--ARMYs.

The group has always been renowned for that vision. BTS never releases a song they do not think will help their fans.

Since the beginning, the K-pop group has worked harr not only for themselves but for everyone as well.

Another best thing about the hit song is that it built a bridge between K-pop and global music industry that no one has ever done before.

As it touched the hearts of people worldwide, BTS still did not forget to look back. The group raised the flag of K-pop and introduced where they came from.

In the end, "Dynamite" created connections instead of more barriers.

Compared to other nominees, "Dynamite" is a living proof that a song--or an artist--doesn't need to be explicit to be a hit.

BTS did not ditch how they created their music and music videos before their big break in the U.S.

Instead of trying to fit in the mainstream music of unrestrained and unrestricted content, "Dynamite" stayed as pure as it should be while grabbing recognitions.